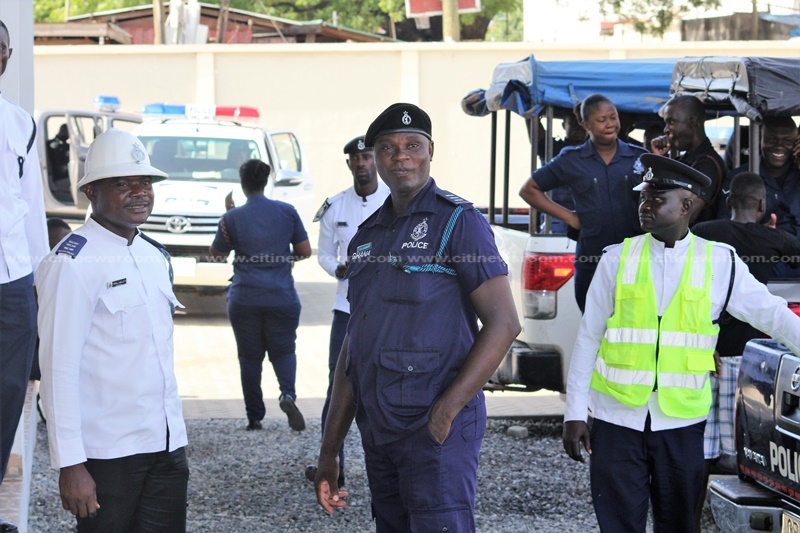 Police have arrested one more suspect connected to the killing of a police officer on escort duty at Bogoso in the Western Region.

The same police operation also led to the death of another suspect, who led the April 30 robbery that saw the police officer, Duku Nicholas, gunned down as four assailants invaded the premises of Plat and Plume Gold refinery company Ltd, which is based at Bogoso.

On Thursday morning, police picked up intel that some robbers who took part in the Bogoso robbery were planning to embark on another robbery at East Legon.

He confessed to taking part in the Bogoso robbery and led the team to Achimota to apprehend his accomplices.

At the Achimota bus terminal, one of his accomplices on seeing the police team, fled towards the motorway in the lane for oncoming vehicles whilst firing back at the police. Police pursued him and fired back at him.

At the Okponglo traffic light, the suspect’s vehicle collided with a range rover after which he was apprehended by police.

Indications are that he was wounded in the firefight and he died whilst being rushed to the Police Hospital for treatment.

A handgun with 30 rounds of ammunition was retrieved from the deceased suspect’s vehicle.

His accomplice identified him as Nathaniel Ibu, a Nigerian, who led the gang from Accra to Bogosu to rob and kill the lance corporal.

Earlier in May, a Tarkwa District Court remanded four other persons who took part in the Bogoso robber which saw the police officer killed.

The four were charged with conspiracy, abetment, robbery and murder.