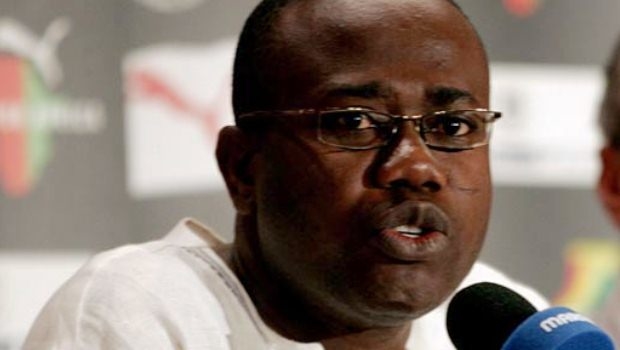 The President of the Ghana Football Association, Kwesi Nyantakyi was on Wednesday evening granted bail by the Police after he turned himself into the CID over allegations of fraud levelled against him by President Akufo-Addo.

Nyantakyi, who is also the 1st vice president of the Confederation of African Football (CAF) was released from the Criminal Investigations Department after over four hours of questioning.

Although his engagement with the CID was done behind closed doors, Citi News gathered that some CID officers accompanied Kwesi Nyantakyi to his home where a search was conducted.

It is not clear what the terms of the bail are and the exact charges that have been levelled against the FA boss.

Media personnel who thronged the CID headquarters to cover the incident were disappointed after the police whisked Nyantakyi away on their blind side.

Meanwhile, the Citi News sources at the GFA say an Executive Committee Member, Kweku Eyiah will be appointed today [Thursday] as interim President of the Association.

The entire committee is expected to decide after a crunch meeting over the current leadership crisis in the association.

The new appointment will be based on an expected resignation of Mr Nyantakyi.

The Vice President of the GFA would ideally take over the position once the President steps down, but the GFA is currently without a vice president after George Afriyie was sacked in April.

According to the GFA’s statutes, in the absence of a Vice President to act in the stead of the President, the ExCo elects one of their members to act as interim President.

Kwaku Eyiah is currently Chairman of Management team of the Black Starlets, Ghana’s U-17 National Team and head of junior football in the country.