Congested dorms, classes under trees the norm at Shia Sec/Tech 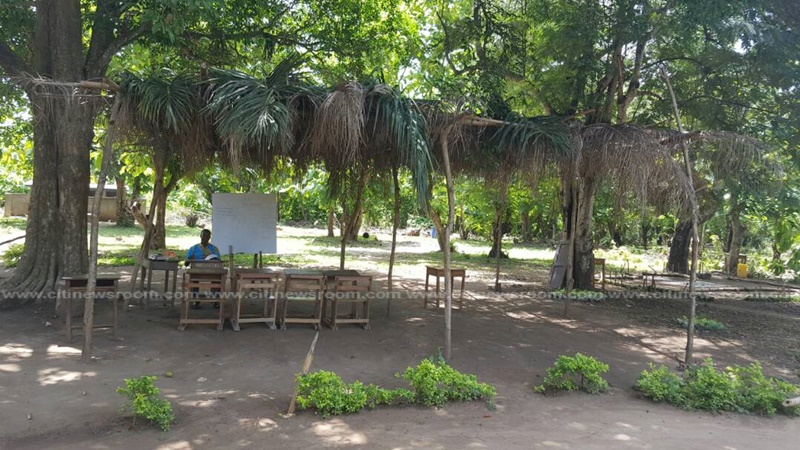 Academic facilities at Shia Secondary Technical School in the Ho Municipality of the Volta Region, are a deplorable state with classes being held under trees and in makeshift structures.

The school started as a Middle School in the early 1950s, and was converted into a Secondary School in 1998 through a community initiative.

It was later absorbed by the state in 2010 as one of the government’s secondary technical schools.

With the introduction of government’s free Senior High School policy and subsequent increase in enrollment, there has been an unbearable pressure on the limited facilities in the school with enrollment shooting up to 500.

The only two classroom blocks in the school, built in the colonial era, are still being used; one of them has been converted into a dormitory for the boys. 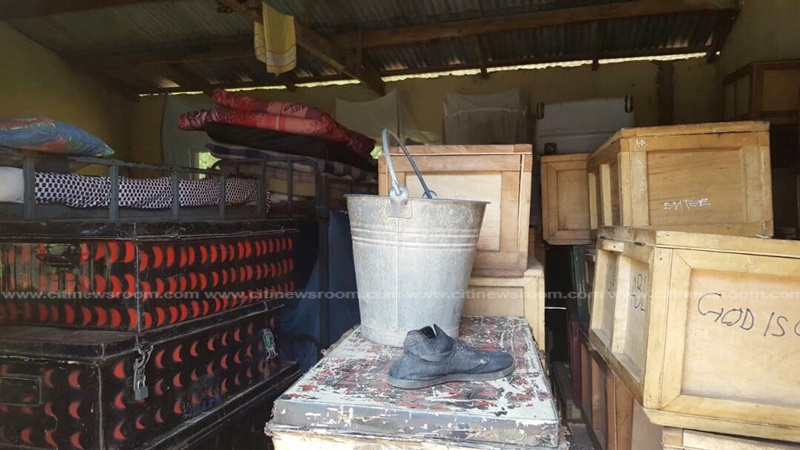 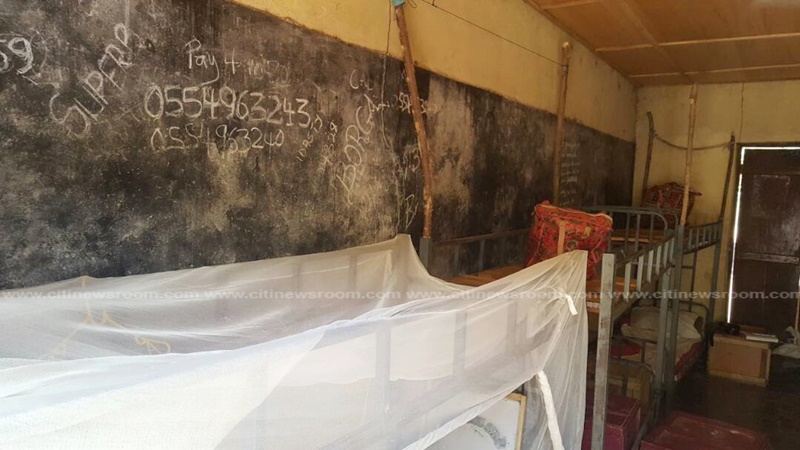 A visit to the dormitory revealed a heavily congested setup with poor ventilation. The dormitory also serves as a storeroom for students’ luggage.

Walking into the dormitory, one would encounter the hurdle of having to meander through wooden boxes, which are packed just at the entrance of the dormitory.

A student told Citi News that “the heat in the room is too much, and we only have two small fans which are not blowing well. Sometimes we stay outside until dawn when the heat is down before we move into sleep.”

There is a small bathhouse in front of the dormitory which has been reserved for use by only final year students because of of the size, whiles another bathhouse has been constructed with bamboo sticks and gravels for the entire school. 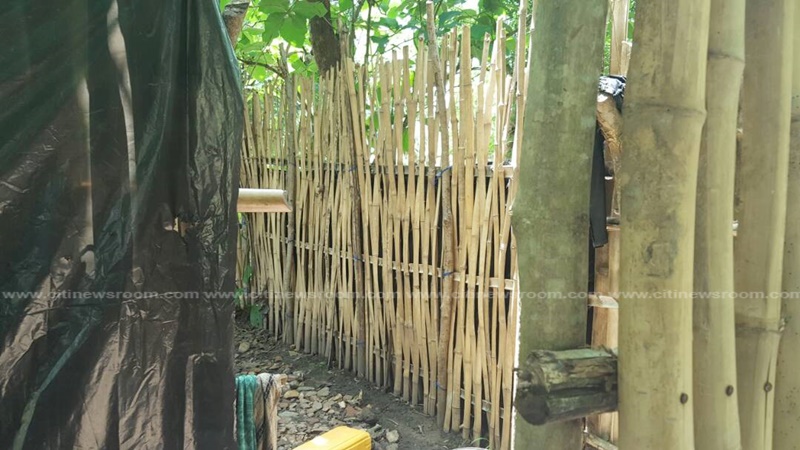 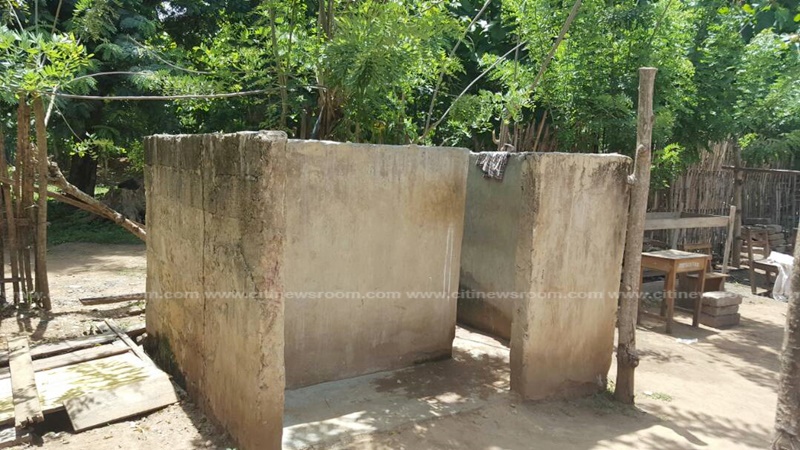 “The bathhouse we have was too small, so we thought it wise to engage our colleagues in building the bamboo structure for the rest of the school. The small one would be used by the seniors.”

Close to the seniors’ bathhouse is the school’s kitchen. The food is prepared under a palm frond shade fenced with bamboo sticks. Inside the kitchen are three locally manufactured cook-stoves, and the caterers rely solely on wood to set the fire for cooking meals for the students. 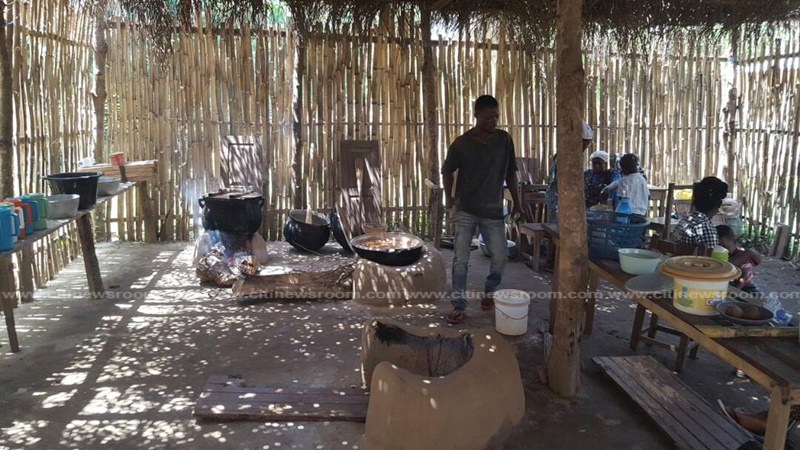 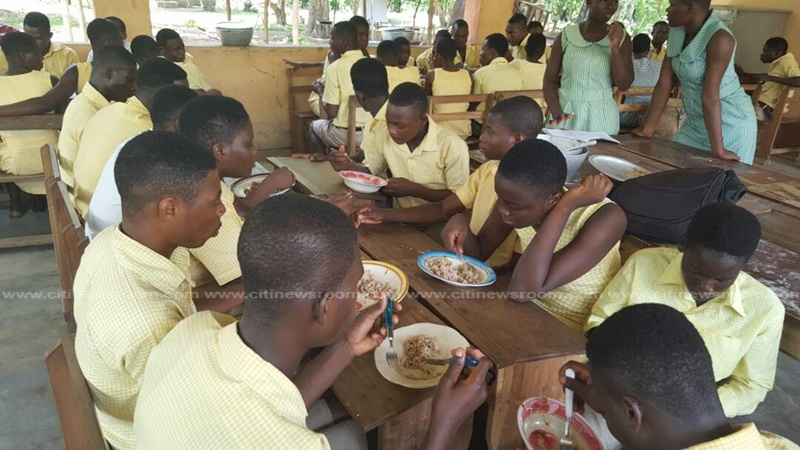 Without adequate classroom blocks, classes are held in makeshift structures and sometimes under trees.

At the time of Citi News’ visit, students were seen moving their pews from one classroom set up to the other under the trees, whenever there were changes in lessons.

The situation was not different when a bell was rung for dinning. Students had to still carry their pews to a pavilion where meals were served.

Some students who spoke to Citi News said the situation becomes worrying when it rains. Classes are often distracted during rains or when reptiles are spotted.

“Sometimes when we are in class and it rains, we have to rush to our dormitories. The other day we saw a snake on the tree and we all had to run away, and there was no class the whole day again. We are pleading with the government to build classrooms and dormitories for us” 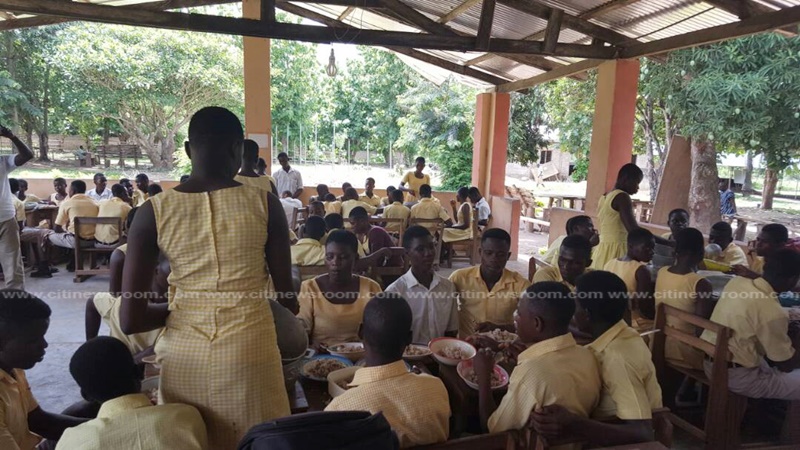 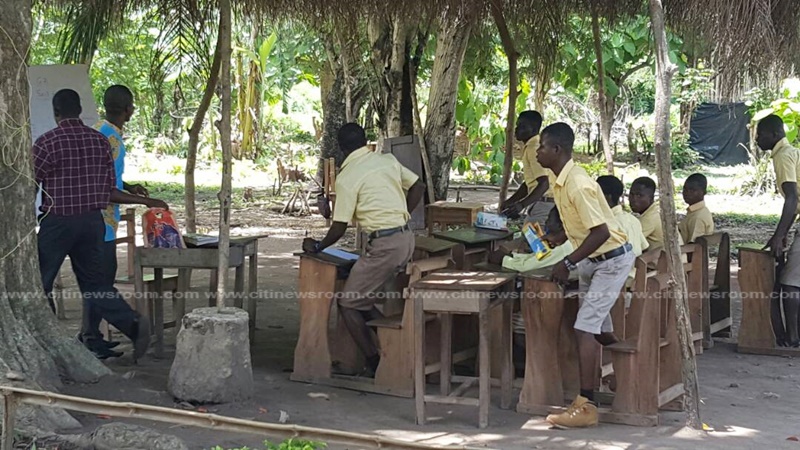 The school management told Citi News the girls were fortunate to have had a philanthropist housing them in his private facility.

Maris Azumatsey, a Member of the Education Committee in the Shai Community, who said the community has always been the one supporting the school with infrastructure needs,  called on government to intervene.