Economic costs of a malnourished child who becomes a mother [Article] 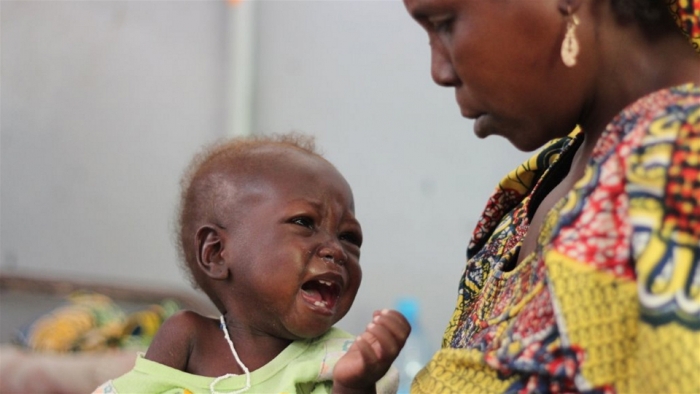 Sunday, May 13 will be celebrated in the USA and Ghana as Mother’s Day. There are wide variations in the celebration of motherhood with different versions for different countries.

Historically, the day has been marked with diverse activities evolving in our modern times into largely a day for commercial events whilst appreciating the invaluable roles our mothers have played in our lives from infancy to adulthood. For instance, in 1968 Coretta Scott King, wife of Martin Luther King Jnr., used Mother’s Day to host a march in support of underprivileged women and children.

The contributions of mothers and motherhood have ensured the survival and improved quality of life of generations and by extension of the future of any nation, right from when a woman of reproductive age conceives through delivery till the child exits the pubertal age into young adulthood.

The mother (woman) is a nurturing vessel for the developing foetus with very complex, intricate and intimate interactions that not only ensure the physical growth of the fragile foetus while the foetus is inside the mother’s womb, but actually provides essential nutrition and protection to this baby to secure a sound and healthy life after its 9 months hibernation period: almost a life insurance (or assurance) policy.

However, this mother-foetus bond is prone to risks. These risks are typified by many well-known or reported health conditions that either result from direct or indirect transmission or transfer of diseases or their agents across the placenta to the unborn baby with several deleterious effects: HIV/AIDS, Hepatitis B and C, parasites, various chemicals in the form of medications and alcohol and some genetic conditions.

Today in our country, many babies continue to be born too small for their age. It is recognized that prematurity is the major contributor to this observation. Yet even many of those born after rightfully completing their whole 9 months term are also either small or anaemic. Similarly, a mother who as a girl child had been receiving poor nutrition resulting in long-standing or chronic malnutrition (resulting in short stature or stunting) and falls pregnant, will likely give birth to a baby who is also too small.

The fact is, if this baby was a girl born into the same conditions such as poverty and lack of social protection, then she is bound to grow up being malnourished and small and will likely give birth to a smaller offspring. Hence there will be a vicious cycle of transgenerational transmission of poverty and malnutrition with several ripple effects on the individual as a baby, as an adult and on the entire nation: 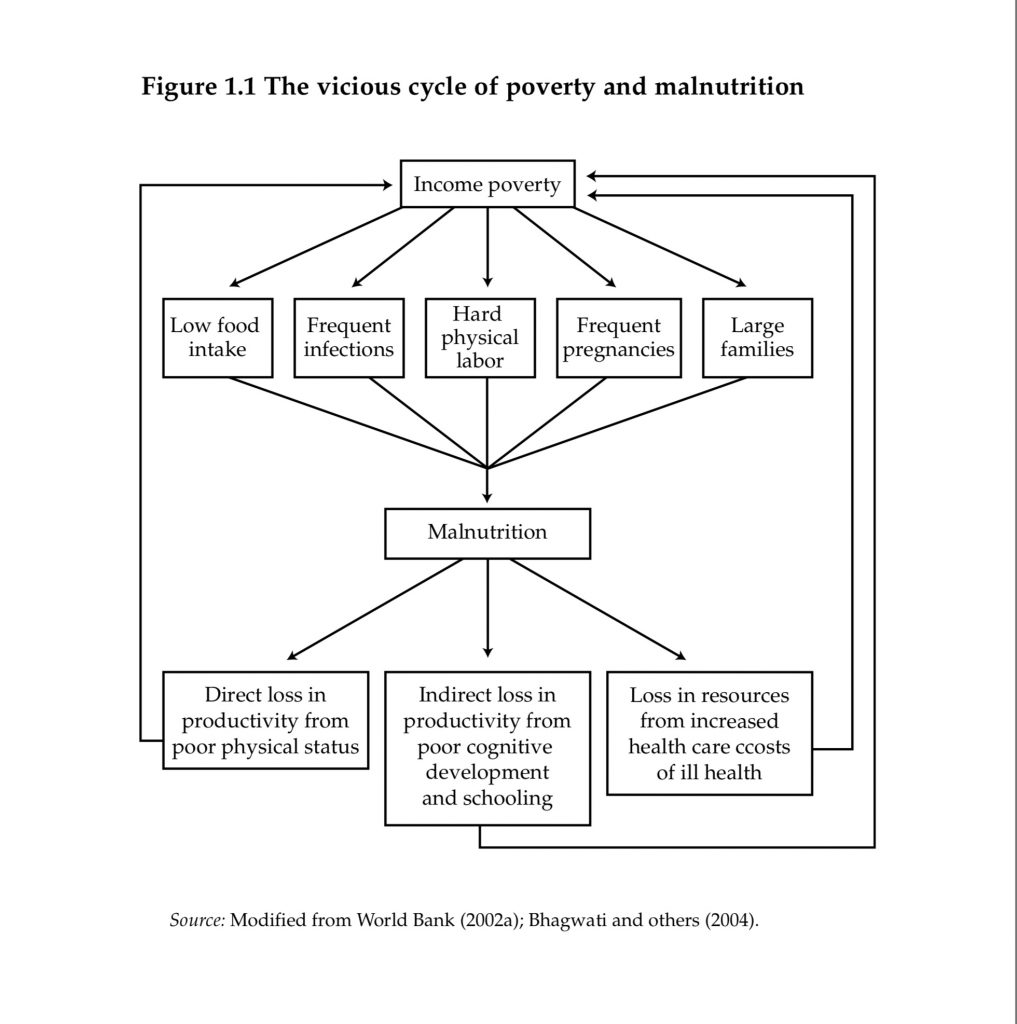 In a latest report titled, “The Cost of Hunger in Africa: the Social and Economic Impact of Child Undernutrition on Ghana’s Long-Term Development (COHA)“  launched in Ghana under the auspices of the National Development Planning Commission, the economy of Ghana is reported to be losing US$2.6 billion (GH¢11.4 billion equivalent) or 6.4 per cent of its gross domestic product (GDP) annually due to child undernutrition. (Source: Scaling Up Nutrition).

This amount is almost thrice the estimated GH¢3.6 billion earmarked for the health sector of the country for 2017 (Source: 2017 Budget Statement and Economic Policy; 784) and just over that of the budget for the Ministry of Education’s total estimated budget of GH¢9.12 billion. (Source: IMANI’s quick picks from 2017 Budget, March 3, 2017 on citifmonline)

In relation to some of the government’s special initiatives – In 2017, Government budgeted: 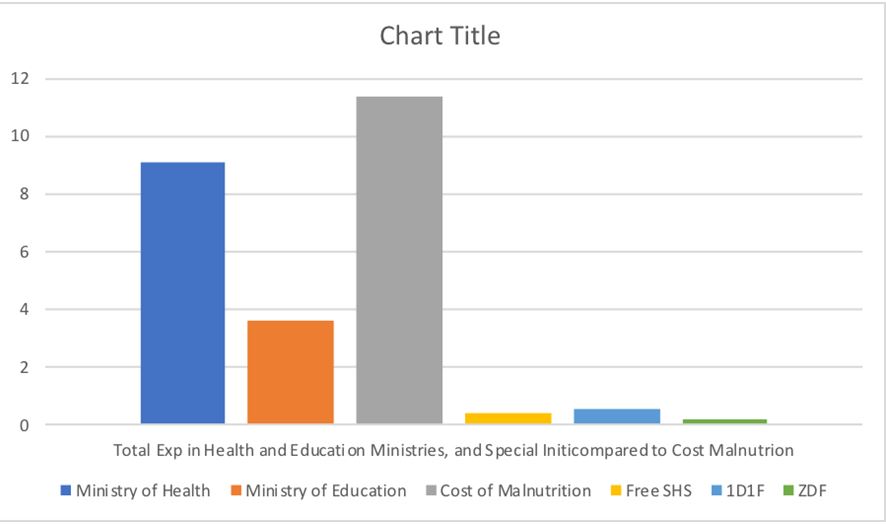 The COHA report further revealed that:

According to a 2014 Global Nutrition Report, “Malnutrition is costing the global economy USD$3.5trillion a year in both the developing and developed worlds” Malnutrition as the report continues, therefore costs a total of 11% of world’s GDP.

To conclude that our quest for rapid economic development and national industrial revolution will be expedited by ensuring adequate and quality nutrition for our children will not be far from right as colossal amounts of our GDP is being spent on avoidable healthcare problems and same, lost through decreased productivity by a dwindling healthy workforce as a direct consequence of chronic malnutrition. This fact is aptly surmised in the Copenhagen Consensus in the following three loses: Direct losses in physical productivity; Indirect losses from poor cognitive losses and loss in schooling; and Losses in resources from increased health care costs.

As we aspire as a country to convert to a “developed” state, let us build our human capital by ensuring good nutrition of children and improve the general health of our mothers. Improved nutrition drives stronger economic growth. There can be no better gift for our mothers – HAPPY MOTHER’S DAY to all our MOTHERS and GIRLS.