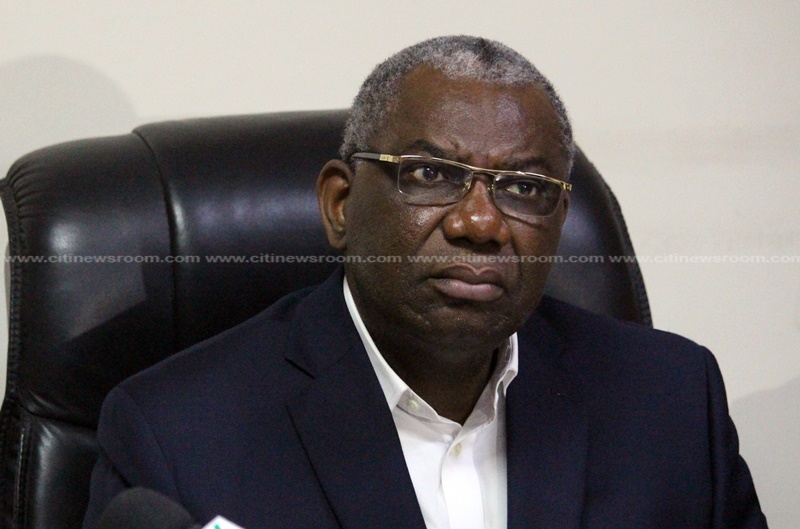 The Energy Ministry has set up an independent committee to probe the allegations of mismanagement at the Ghana Cylinder Manufacturing Company.

This is in response to the recommendations of the company’s board at a meeting held on May 8, 2018.

“It is the considered view of the Ministry that due to the nature of the impasse and the fact that the Board is an interested party in the matter, an independent committee will produce a more objective result.”

“Consequently, the Ministry, in Consultation with the SEC, has set up a three-member committee made up of a Senior Lawyer and Governance Expert, a Chartered Accountant and banker, and a petroleum expert at the ministry to investigate the matter.”

In the meantime, the Ministry of Energy has said it is working with the State Enterprises Commission (SEC) to address the situation. 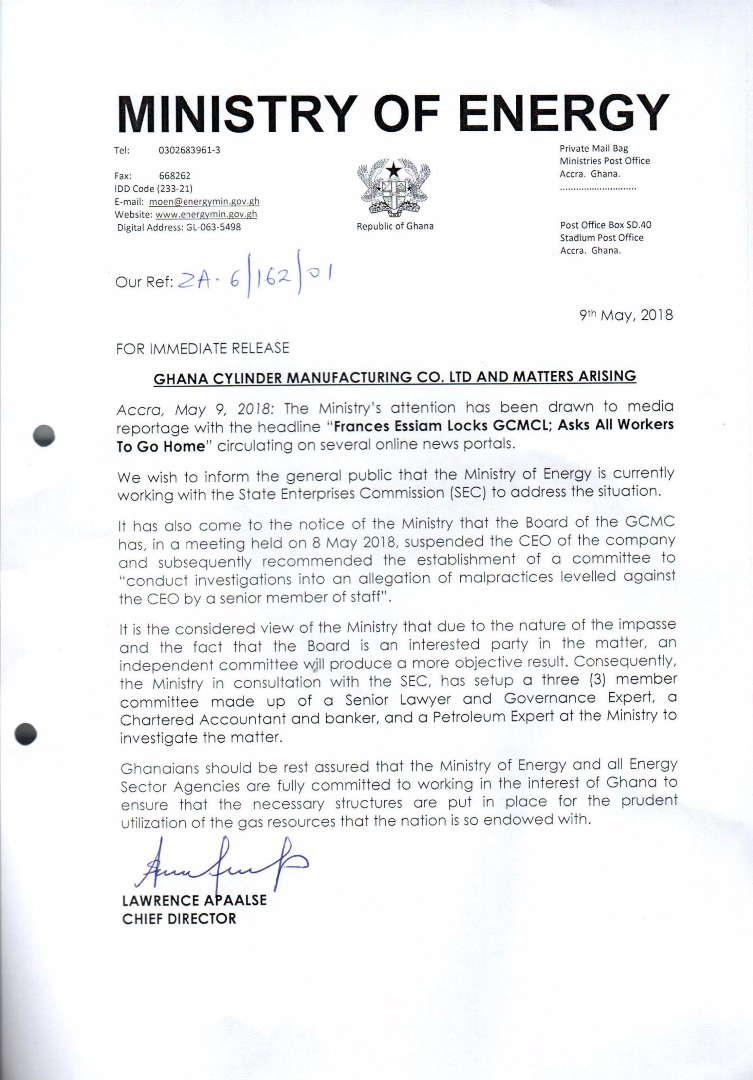 The Chief Executive Officer of the Ghana Cylinder Manufacturing Company, Frances Essiam, has challenged her suspension by the company’s board, declaring that she is still at post performing regular duties.

Her declaration is in defiance of a directive from the board of the company who voted for her suspension on Wednesday evening following an impasse at the company’s premises.

Madam Essiam’s suspension came on the back of a disagreement with the Board Members during which she locked them out on Tuesday afternoon when they attempted to hold a meeting at the premises.

The Board had reportedly queried Madam Essiam over claims that she has mismanaged GCMC, and also awarded some contracts without the approval of the Board or the Energy Ministry.

Six out of the nine Board Members took the decision to suspend her on Tuesday evening.

The workers who have declared their loyalty to the CEO, have questioned the board’s decision, deeming it unfair and inappropriate.