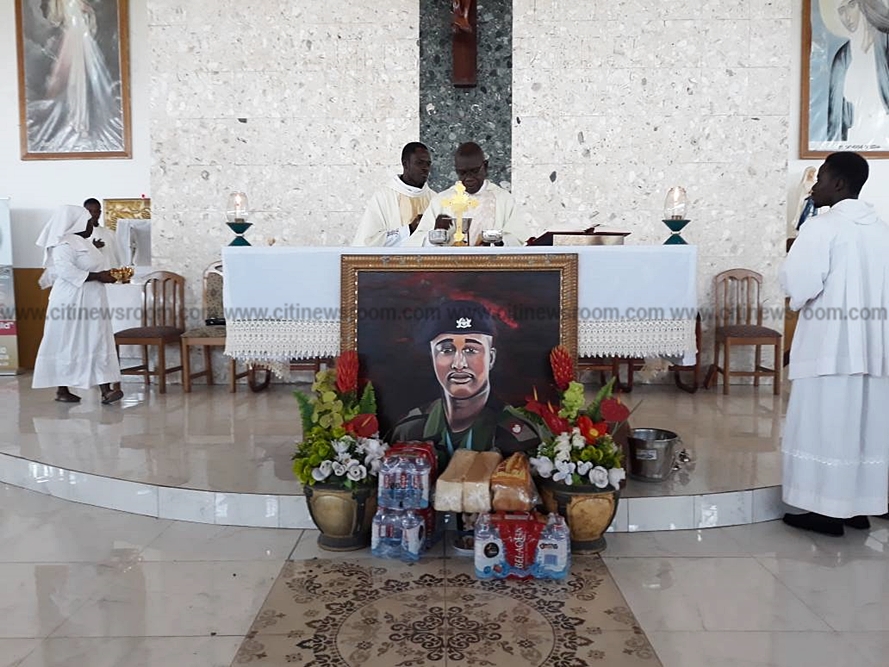 The family of the Late Major Maxwell Adam Mahama this morning[Tuesday] joined the Ghana Armed Forces at the St Catherine Catholic Church at Burma Camp for a church service to mark a year of the Major’s passing. 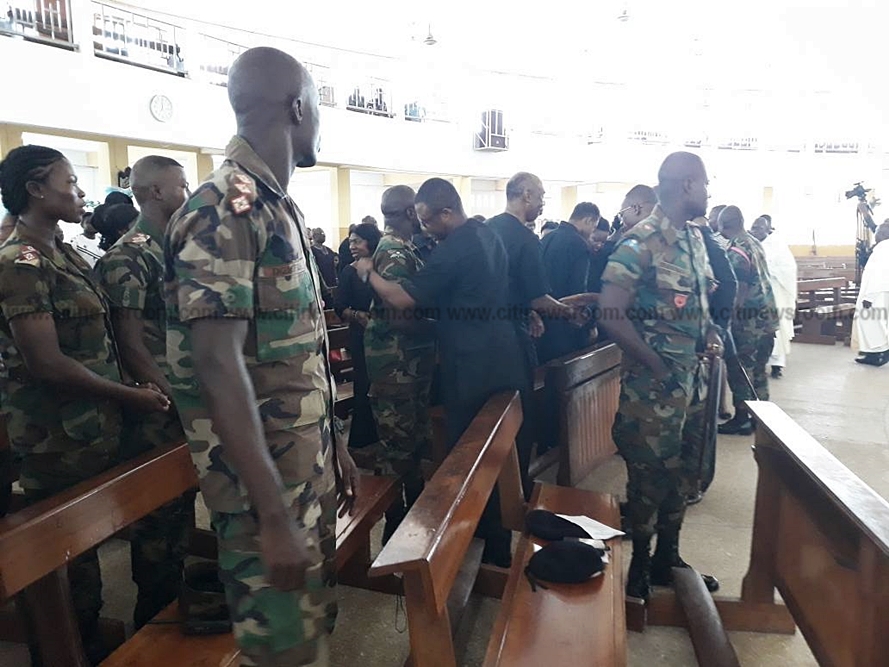 [contextly_sidebar id=”4bwY0Lv0e8mmGn3e3imigvibhckaIVBE”]Other activities lined up for the day areWreath-laying ceremony at the Osu cemetery, and sod cutting for the erection of a monument in his honour.

Major Maxwell Mahama was lynched a year ago today, on Monday, May 29, 2017,  by a mob at Denkyira-Obuasi in the Central Region. 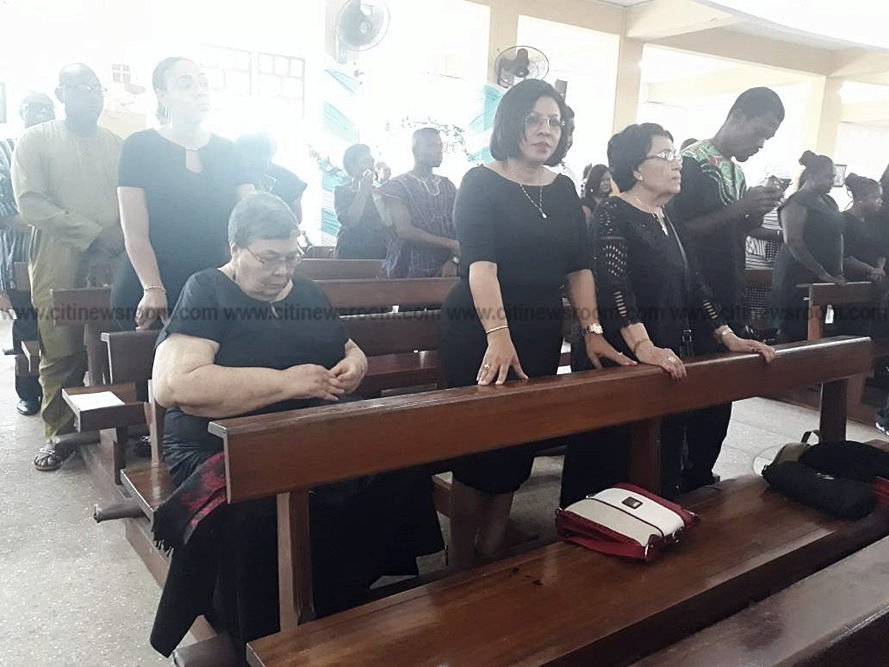 he was deployed to serve at Diaso in the Central Region was lynched and burnt by the youth of the town after they mistook him for an armed robber.

The deceased, Captain Maxwell Mahama was on his daily jogging routine on Monday when the unfortunate incident occurred. 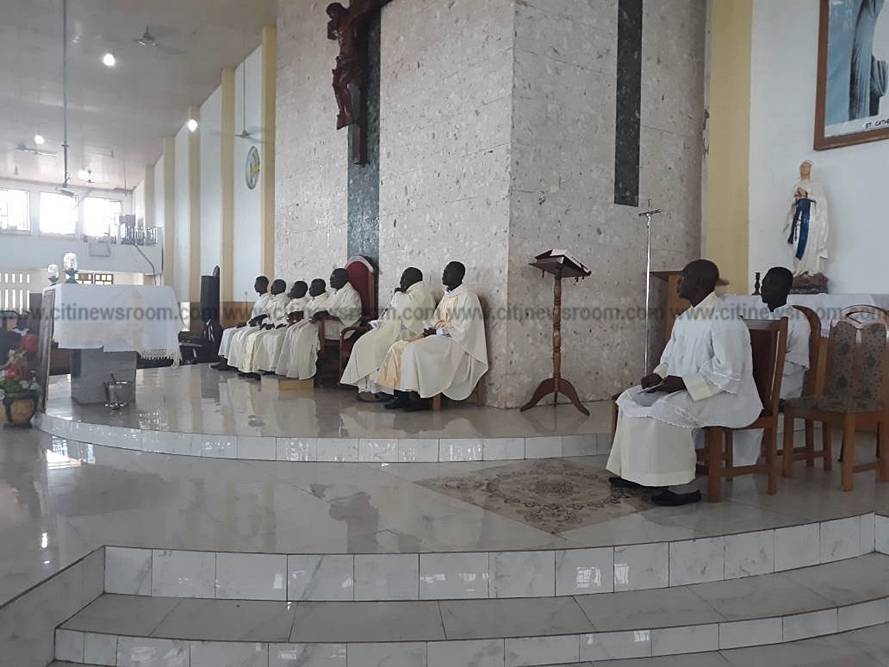 Reports said he had his gun on him while jogging and some residents who saw him with the weapon raised the alarm, attracting some of the youth in the community who attacked and killed him. 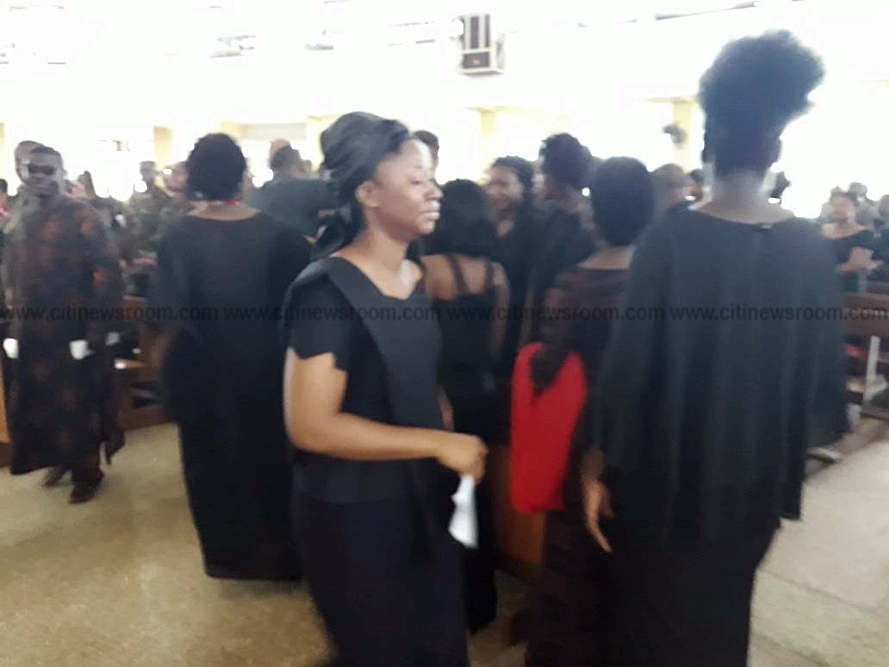 The Prosecution examined its first witness on May 10.

The trial had Warrant Officer Sabi Kwasi, who was a member of the late soldier’s team, narrating events at the camp before the late Soldier’s departure for his daily jogging on that fateful day