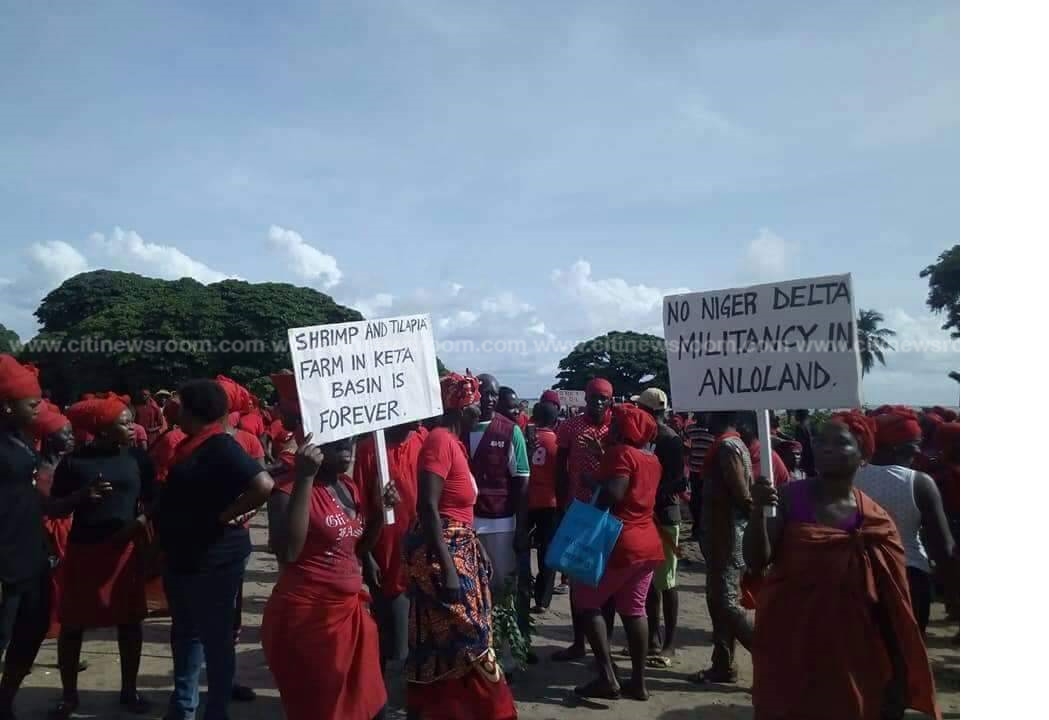 The Municipal Chief Executive for Keta, Seth Yormevu, says the residents of Keta who demonstrated against an onshore oil exploration in the Keta Basin by a Swiss firm, will be probed and addressed accordingly.

The protesting residents are said to be backing their concerns with some documents, but Mr. Yormevu says those documents are yet to be verified.

[contextly_sidebar id=”d1Er522O1Q9wQNnHhpKNihKLaB5angaa”]”We don’t know where they are getting the information from. They brought some documents to me but I am yet to verify the source of that document and they have done the demonstration and presented a petition to me to be forwarded to the president,” he told Citi News.

The aggrieved residents, most of them vegetable farmers, have argued that giving out the basin for crude oil extraction would destroy the limited lands and kick them out of business while oil field workers get empowered economically.

They are therefore urging the government to focus on a sustainable alternative use of the basin for agriculture and ecotourism purposes, instead of endangering the lives of 600,000 inhabitants within the basin.

Meanwhile, the Swiss African Oil Company, prospecting for oil in the Keta Basin, says it will hold a second stakeholders’ engagement to sensitize indigenes about the company’s planned oil exploration.

The company hopes this would allay the fears of the indigenes.

The Director of Public Relations at the Swiss African Oil Company, Peter Mensah Dagbi, said “we have listened to what they are saying. We had a lot of stakeholder meetings. That was in November 2016. We did all this to assure the people that this is what we are coming to do and we are going to engage them further.”

“We need to sit down, go back to the people and then we iron out those differences, and if this is done, they will see that what we are coming to do is what we call exploration before drilling. We haven’t done any activity to know where the oil is before we will even start drilling,” he added.

The oil firm was awarded a contract to carry out an onshore exploration in the 3,000 square kilometres basin in 2016.