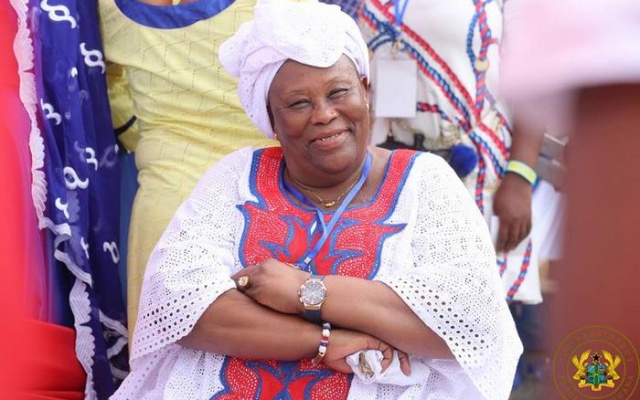 “Those days we were struggling against dictatorship, against NDC bullying here and there, we relied on Hajia. She’s been very supportive of the party leadership and those who identified with the party,” Freddie Blay said on Friday.

[contextly_sidebar id=”iFs3IizIIXAXkuvCuzm2E24gvEPtBCy6″] Before the December 2016 election, there was a seeming confusion within the rank and file of the NPP which led to the suspension of some top officials of the party; a situation the NDC capitalized on.

The NDC accused the NPP of having a divided front and told Ghanaians not to vote for them since a house divided against itself is not capable of governing the country.

The NDC further accused the party of having a dictator as its flagbearer, saying the party has known no peace ever since it elected Nana Akufo-Addo as its candidate.

Then the president, John Mahama at the time, described Akufo-Addo as being a “naked emperor” whose subordinates fear telling him he’s naked.

Speaking in an interview on Asempa FM’s Ekosii Sen on Friday, Mr. Blay acknowledged that although Hajia Fati has her bad side, “there are positive aspects of her as far as our party is concerned.”

Hajia Fati has been widely condemned for slapping an Adom FM reporter at the party’s headquarters last Friday.

The reporter was covering Hajia Fati’s scuffle with suspended Second Vice Chairman of the NPP, Sammy Crabbe who had visited the party’s headquarters to pick forms to contest in the party’s chairmanship race.

Hajia subsequently apologised for her conduct following massive pressure from the media.

This was after the NPP, which had been quiet about the incident, hurriedly issued a condemnation after pressure from some media houses, mainly Citi FM, which threatened to boycott its events.

“This is our own internal arrangement. We are not bowing to pressure that because somebody made a mistake here and there, therefore the party should isolate that person and put the person away. Hajia admittedly may have her own faults which we try to advise her on, but there are positive aspects of her as far as our party is concerned.”

Hajia has an office at NPP head office

The acting NPP Chairman also said Hajia Fati, has an office to herself at the party’s headquarters in Accra, although she holds no official portfolio.

“Me, I’m aware, I’m not contradicting the General Secretary, and maybe he may not be aware. The new offices that we have built, she has one room there. Hajia was even occupying an office even in the main block some time ago, and we needed it for our deputy, so we decided to give her another place. She has other people she meets so we gave that office to her,” he stated.

Hajia Fati, a senior woman, sells some items opposite the NPP headquarters in Accra and is very influential in internal party affairs.

In hailing a decision by the party to suspend former NPP Chairman and General Secretary, Paul Afoko and Kwabena Agyepong respectively in 2015, Hajia Fati brought brooms to sweep after the two. 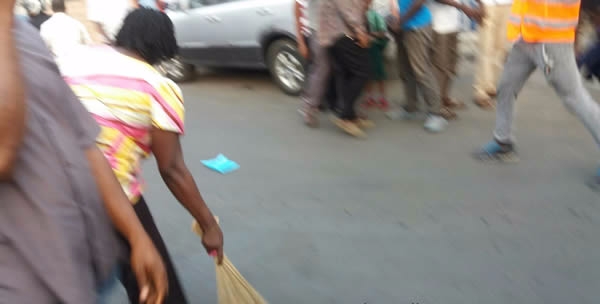 On May 4, 2018, Hajia Fati again prevented suspended Second Vice Chairman of the party, Sammy Crabbe from picking forms to contest in the NPP’s chairmanship race.

Construction commences for Youth Resource Centers in Dormaa and Wa