Homosexuality alien to our culture, I’ll fight it any day – Spio 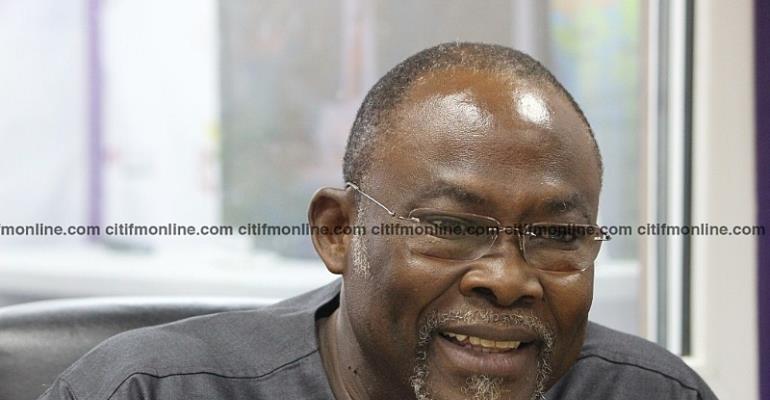 A flagbearer hopeful of the National Democratic Congress (NDC), Ekwow Spio Garbrah, has said that he will oppose any attempt to legalise homosexuality in the country whether he becomes President or not.

Speaking on Eyewitness News, Mr Spio Garbrah described President Nana Akufo Addo’s failure to categorically state his position on the legalisation of same-sex relationships in the country like other Presidents on the continent has in the past, as “one of the saddest aspects of his leadership.”

“I think people have heard what President Mills said when the issue came up. They’ve heard what people like Museveni and Buhari and other African leaders, including Mugabe have said. It is totally alien to Ghana’s culture for homosexuality to be promoted.”

Expressing his dissent, Spio Garbrah, who is hoping to lead the NDC into the 2020 Presidential elections as its candidate, said he would fight any attempt to legalise homosexuality in the country.

“It will not happen whether I’m President or not. I’ll fight it anywhere and any day as a good Christian and I’m sure that Muslims will also have the same sense of total disgust.”

He argued that while Ghana has laws against same-sex relationships, persons engaged in it are not actively sought out and persecuted.

According to him, any form of advocacy for gay rights in the country would be unnecessary as persons involved in same-sex relations are not denied services due to their sexual preferences.

“On the other hand, Ghana is a very tolerant society, in terms of ethnicity, religious tolerance and even tolerance of gay behaviour. But we don’t go to people’s bedrooms to find out what they are doing. No gay person as far as I know has been denied access to education, primary, secondary or tertiary, denied access to any restaurant they want to eat in, denied rental of a car or hotel, or denied entertainment at Labadi Beach. So I’m not sure really what gays in Ghana want except the Europeans, including Theresa May, who feel they must be allowed to marry each other and that’s not going to happen in Ghana while some of us are alive.

Will it or won’t it?

Homosexuality is a touchy subject in Ghana and provokes strong reactions from the public, mostly in opposition to the acknowledgement of persons engaged in same-sex relationships.

Recent comments by the United Kingdom (UK) Prime Minister, Theresa May, promising to help Commonwealth nations amend anti-gay laws she described as “outdated” have provoked suggestions that African countries, including Ghana, were being bullied into legalising homosexuality.

Some claims allegedly made by the General Secretary of the opposition National Democratic Congress (NDC), Asiedu Nketia, who reportedly told NDC members in Kumasi that “Nana Addo says men will marry men, and women will marry women,” prompted the government to release a statement saying that President Akufo-Addo will not legalize same-sex relationships in Ghana.

Recently, Members of the Parliamentary Christian Fellowship strongly condemned what they described as moves to force Ghana to legalise Homosexuality, saying it is unacceptable to pressurise the government of Ghana to accept it as a human right.

In a statement signed by its President, Emmanuel Kwasi Bedzrah, the Christian MPs vigorously kicked against any consideration of the idea.

In November 2016, President Nana Akufo-Addo said a change in the law to decriminalise homosexuality is not of concern to Ghanaians at present.

The President, once a human rights activist and a lawyer, had however stated that if activism in favour of the legalisation of homosexuality heightens, that could trigger a change in Ghana’s laws.

He made this assertion in an interview with Qatar-based Al Jazeera.

Without making any definite pronouncement on the issue during the interview, President Akufo-Addo had stated that any possible change would only come after a robust concerted push for LGBT rights from some sections of the public.

“For these socio-cultural issues, I don’t believe that in Ghana so far, a sufficiently strong coalition has emerged which is having that much impact on public opinion that will say; change it,” he stated.

More recently, Speaker of Parliament, Prof. Mike Aaron Oquaye, said that he would rather resign than preside over any debate on the floor of Parliament about same-sex relationships.

The Speaker added that he would walk out of the House if there is any attempt to start a discussion on the issue in Parliament.

Prof. Oquaye, who has been a staunch critic of same-sex relationships said, in an interview with Paul Adom-Otchere on Good Evening Ghana, that presiding over a debate in Parliament on the topic was contrary to his principles and Christian values.