I was ‘overwhelming favourite’ for Vice Chairman position – Akomea 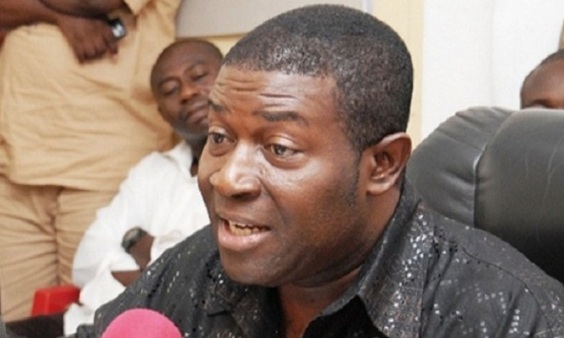 Former Communications Director of the New Patriotic Party (NPP), Nana Akomea has said that despite deciding against contesting any of the party’s executive positions, he had been set to win the race to become the party’s First Vice Chairman.

According to Mr. Akomea, surveys by the Danquah Institute had shown that he was the overwhelming favourite for the position, while the numerous proddings he had received from members of the party to contest also indicated that he was poised to win the polls, had he thrown his hat in the race.

He had said in an earlier Facebook post that he took the decision not to contest after realising that most of the top leadership positions may go to party stalwarts from what he described as the “Akan sub-group”  if care is not taken.

“When nominations opened last week, l declined to pick forms. What is emerging is that this particular election may present the NPP with the most undiversified national leadership, as almost all the elected positions may be filled from the Akan subgroup. Every effort must be made to ensure that some of these positions have elected members from outside the Akan subgroup.”

Reiterating his desire to see persons outside the “Akan sub-group” take up leadership positions in the party, Nana Akomea stated on Eyewitness News on Monday that he had given up certain victory in the polls to ensure this happens.

The position of First Vice Chairman was quite appealing and the polling showed clearly that I was the favourite but when I looked at the polling, I felt that if we are not careful and we were going to have all these faces there, it would not show the kind of inclusion that the party needs to show.

After 2016, I believe that we shouldn’t take polls lightly. A year before the 2016 elections, all the polls were predicting eight to 10 percentage-point victory for the NPP. Even some of my people were sceptical and that clearly was reflected in the elections. Danquah Institute are polling on NPP’s matters, they have no motive to make sure the results are inaccurate so I believe them. When you put your ears to the ground, the kind of delegations I’ve got from all over the country, it was clear to me that a lot of party people wanted me to take up that position. But I think that we should make some effort to get a more diversified and the Vice Chairman position can provide us with that opportunity.

Nana Akomea also revealed that a number of people had asked him to contest John Boadu for the General Secretary position.

However, he had turned those requests done as he felt John Boadu, who took up the position in an acting capacity after Kwabena Agyapong was suspended, was doing a “fantastic job” and deserved the substantive role.

A lot of people had accosted me for the General Secretary position but I told them right from the onset that I wasn’t interested. I believe in John Boadu, he worked with me as my deputy Communications Director. When the Kwabena Agyapong thing happened, I was one of the people who supported John Boadu to be appointed and he’s doing a fantastic job. Why would I go and contest someone who I worked with, who worked under me and is doing so well? I didn’t even consider it.