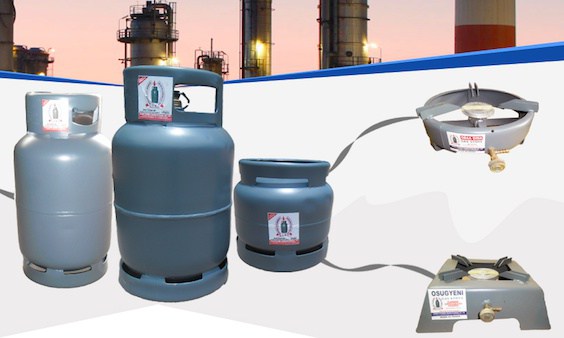 The Ghana LPG Operators Association has alleged that some giant multinational companies are behind the government’s implementation of the Cylinder Re-circulation Model of Liquefied Petroleum Gas (LPG) distribution.

The Association has consistently maintained that the policy will cripple all local LPG businesses if the government goes ahead with the implementation.

[contextly_sidebar id=”oLLlXZ57fVcQcf7Pq2Xj5VoDQoCQCKVD”]President Nana Akufo-Addo ordered the implementation of the Cylinder Re-circulation Model of LPG distribution in October 2017, following the public outcry in the wake of the massive explosion at an LPG filling station at Atomic Junction.

At a press conference in Accra on Monday, the President of the LPG Operators Association, Torgbi Adaku V, insisted that the policy was not a panacea to explosions at LPG filling stations.

In the Association’s view, better vigilance by the Fire Service and the NPA were better safety options than the Cylinder Re-circulation Policy, which they say was abandoned in a previous incarnation in the 1980s.

The Association feels that “the swiftness by the government to revert to this once abandoned LPG marketing system to solve the so-called spate of explosions and enhance the penetration of LPG is more than what meets the eye.”

Torgbi Adaku V said the multinationals are dangling aid and lucrative deals to promote their interests in Ghana and lobby for favourable legislation at the expense of local players.

“These multinational agencies enhance their presence by influencing governments in the form of aid, grants and lucrative incentives to adopt policies, strategies and legislation with they [the multinationals], as the kingpins in the value chain mostly to the detriment of local players.”

“This explains the scenario in Ghana where some of these multi-national firms are already positioned and pulling strings on the government to implement the new cylinder re-circulation model which is bitterly contested by local stakeholders whose livelihoods are under threat,” Torgbi Adaku V added.