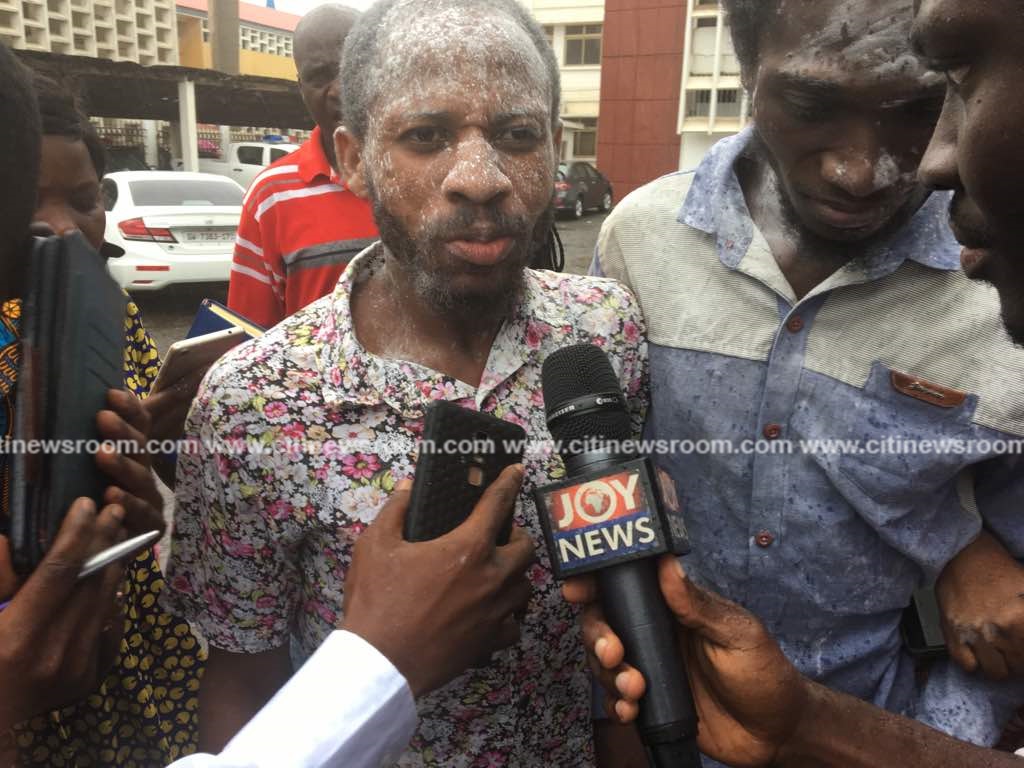 Two of the freed suspects

An Accra circuit court has discharged six out of the ten accused persons facing trial for their involvement in the Kwabenya police station attack which occurred in January 2018.

According to the judge, Justice Aboagye Tandor, the prosecution failed to present any substantial evidence against the six accused persons.

[contextly_sidebar id=”A18jMfJs6HSIjKmg2IopDz25oGHtR0LV”]He further added that he would be led to join the ‘wild goose chase for evidence’ by the prosecution to pin them down.

Their release follows the submission of no case filed by their lawyers after the prosecution brought its suit to an end.

Justice Aboagye Tandor, however, found a prima facie case against the other four persons and ordered them to open their defence.

In April, an Accra Circuit Court sentenced two of the suspects, Emmanuel Kotey and Kofi Darko, to 66 months imprisonment.

Meanwhile, two other accused persons, Prince Osei and Atta Kwadwo who escaped police custody during the incident were sentenced to 30 months in prison each.

A total of seven inmates were freed.

V/R: NPP would have more seats If I chose candidates – Nuworsu