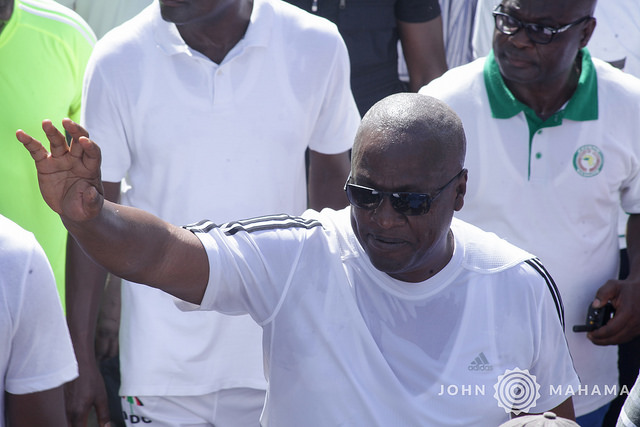 The Member of Parliament for the Wa Central Constituency, Rashid Pelpuo says former President John Mahama was treated by his constituents like a prophet during one of the National Democratic Congress’ nationwide Unity Walk sessions held in the area.

“…In my constituency, when we went for the unity walk, what I saw was so evident—he [John Mahama] appeared like a prophet to everybody. They [NDC supporters] were chasing him, touching him, urging him on. Some people even put on lanterns in the night in search for Mahama. It is something you cannot imagine,” he said on Citi FM’s news analysis programme, The Big Issue on Saturday.

Mr Pelpuo made the remark on the back of John Mahama’s hint last week on his intentions to lead the NDC in the 2020 polls.

[contextly_sidebar id=”wky95R0kjvK2Kx7Ywzk6nkKHoLFEzX5J”]The former President has been tight-lipped on the NDC presidential ticket ever since he lost power to the New Patriotic Party in the 2016 general elections.

He has since then been helping in the party’s reorganization and healing process but has refused to declare his intentions to contest in the NDC’s primaries.

About four NDC stalwarts have already declared their readiness to lead the party in the 2020 polls including 2nd deputy Speaker of Parliament, Alban Bagbin; and former Vice-Chancellor of the University of Professional Studies, Professor Joshua Alabi.

“To you, the teeming supporters and sympathizers calling and requesting me to declare my intentions for the future, I wish to assure you today, which as a servant-leader, I have listened to your calls and reflected. I will not disappoint you even as we await the publication of the party’s guidelines for selecting a new leader.”

Mr Pelpuo on The Big Issue noted that Mahama is still loved by many NDC supporters adding that such reception he may have received during the party’s Unity Walk sessions may have encouraged him to give a clue on his presidential ambitions.

“If you listen to what the grassroots are saying, it is overwhelmingly Mahama; that you cannot take away. I have been to at least two of the unity walks and I see the zeal and rush to see him, touch him and urge him to contest. This may just may have been the influence that has committed him to say what he had said.   It’s up to him to finally make a decision as to whether he is contesting or not, but essentially the NDC is very ripe for power now.”