National ID cards ready: to be issued from May 28 – NIA 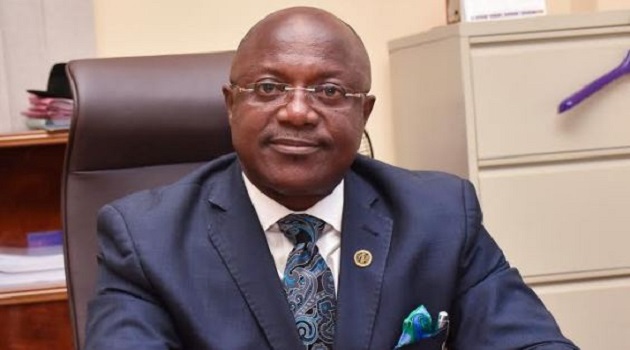 The National Identification Authority (NIA) will start registering and issuing the Ghana Card to Ghanaians from Monday, May 28, 2018.

This is an assurance by the Chief Executive Officer of the Authority, Prof. Ken Attafuah.

[contextly_sidebar id=”T74Fk9ZYV4B5alrVQPUyGVL3N0HlQy7z”]Speaking on the Citi Breakfast Show on Monday, he said the NIA would pitch camp at key state agencies and institutions including the Jubilee House, Parliament and the various security agencies to register officials there.

The issuance of a National Identification ID card is among the few key projects the government promised to execute to formalise the country’s economy.

Many Ghanaians have expressed regret over the seeming delay in the issuance of the cards after more than three previous deadlines set by the government to execute it, was not met.

But according to Prof. Attafuah, all the necessary documentation and legal framework for the registration and issuance of the National ID card, also known as the Ghana Card have been set up to kick-start the process next week.

He said key individuals such as the country’s former Presidents Kufuor, Mahama and Rawlings, Members of the Ghana Journalists Association, among others, will be issued with the cards first before registration opens for the general public.

“We will be at the premise of these institutions and key sectors of relevant of this society, registering them and issuing the cards to them instantly…We shall also register maybe a day or two immediately after we start the Ghana Journalist Association leadership, the Ghana Bar Association and particular sectors of society that we have already engaged. The roll our strategy will be published, and everyone will have the opportunity to see where they are registering in their society.”

He said officers within the Banking and Educational sectors would also be issued with the cards ahead of the mass regional registration exercise.

Prof. Attafuah explained that the public registration exercise would begin in the Greater Accra region, where the process is expected to last between two to three months.

The team will move to the Volta Region from Greater Accra.

From The Volta Region, it will move to the Northern Region, before the Upper East and Upper West regions.

The Brong Ahafo Region will be next, before the Eastern and Ashanti Region.

The last regional public registration will be in the Central Region.

The card was rendered useless after most banks and some state institutions began rejecting them as an unrecognised state ID card.

NIA gets vehicles for the registration process

Earlier this year, the government presented a fleet of vehicles to the NIA to facilitate the nationwide registration and issuance of the national ID card.

Mzbel blasts NDC for neglecting her after accident