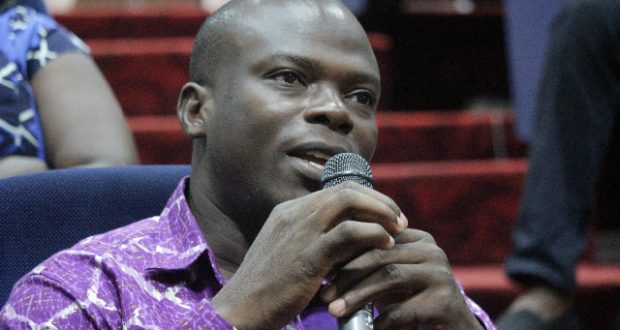 The Executive Director of Media Foundation for West Africa (MFWA), Sulemana Braimah, believes the headquarters of the governing New Patriotic Party (NPP) at Asylum Down in Accra, is gradually becoming an unsafe ground for journalists, given the number of attacks recorded there.

Mr. Braimah’s comment comes in the wake of an attack on a reporter with Multimedia, Ohemaa Sakyiwaa, who was assaulted by a known activist of the NPP, Hajia Fati.

The reporter was slapped when she tried to take a photo of Hajia Fati after she prevented Sammy Crabbe, a suspended Second Vice Chairman of the NPP, from picking up forms to contest for the party’s chairmanship position at the party’s headquarters.

While describing the recent incident as unfortunate, Mr. Braimah also criticized the party’s leadership, saying their failure to crack the whip on culprits had led to a surge in these “acts of impunity.”

Aside from this incident, there have been a few of  such attacks on reporters at the party’s headquarters.

In December 2017, three journalists, including Citi FM’s Marie-Franz Fordjoe, and two others from TV3 and Ghanaweb, were assaulted by security guards at the NPP’s headquarters when they were covering a demonstration by some angry party members on December 21, 2017.

In that incident, a journalist from Ghanaweb was severely beaten by the party’s security guards at the headquarters.

Speaking on Eyewitness News, Mr. Braimah said the NPP had neither acknowledged or responded to the petition forwarded to the party’s office.

“The NPP headquarters is increasingly becoming an unsafe ground for journalists and that is because it appears that the current leadership of the party seem to condone attacks on journalists at the party headquarters, and I say so because last year [2017], there was an attack on some journalists, in fact including someone from Citi FM.”

“When that incident happened, we wrote condemning the incident and demanded that at least the party’s leadership should come out and condemn the incident so a strong signal will be sent to activists of the party that the leadership will not condone such acts against anybody and particularly against journalists. We did not hear anything from the party. We petitioned the leadership of the party, but our petition did not even get any acknowledgement.”

He said the party had similarly failed to punish culprits in this recent incident as no arrests had been made yet.

“If you look at this particular incident, it has been more than two days now, and the leadership of the party has not said anything, and that is why I say that the headquarters of the party is becoming an unsafe ground for journalists. If there should be an event that a journalist should cover, they have to go with the mindset that they are going to an unsafe ground.”