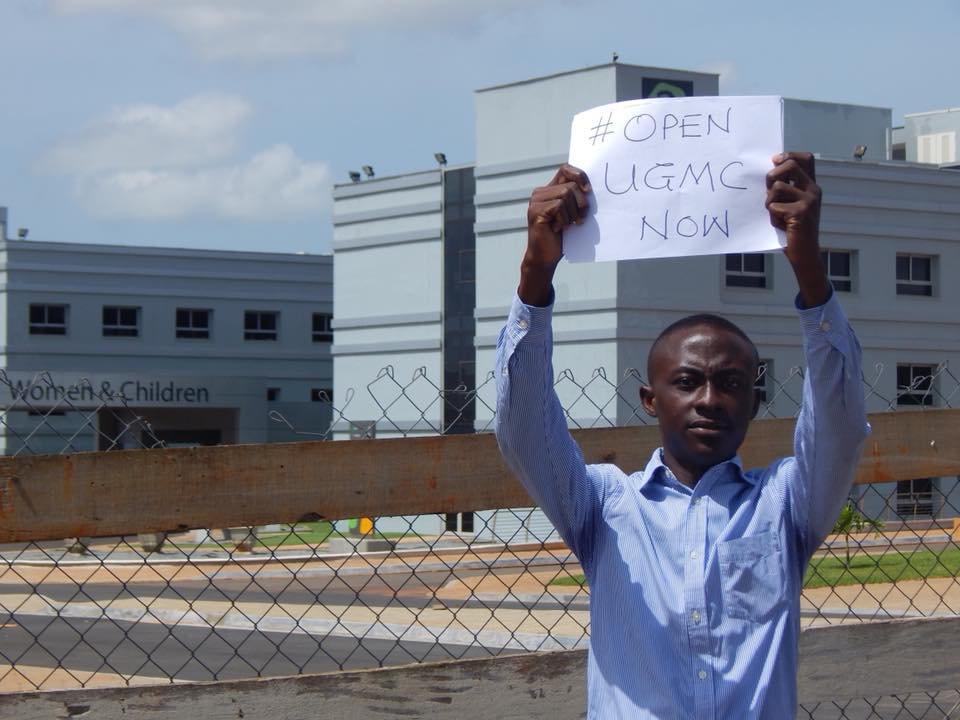 The Korle Bu Police arrested and detained a pharmacy student of the University of Ghana for protesting at a sod-cutting ceremony for the construction of a pediatric intensive care unit by the first lady’s foundation.

[contextly_sidebar id=”VTGxrt6aA953I2gWIxuKjKB2SxD0YM49″]The student, Reginald Sekyi-Brown who has for some time now been leading a campaign for the immediate opening of the centre was arrested after he held a placard with the inscription “Open UGMC now” at the event.

The Accra Regional Police Command PRO, Efia Tenge confirmed Reginald’ arrest on Eyewitness News, saying “the Police interrogated him to find out who he was, what he was holding and whether he had any ulterior motives.”

“We don’t need to see a person physically with a weapon before we whisk them away,” she added.

Reginald had earlier narrated circumstances leading to his arrest, saying “When I was brought here [Korle Bu Police station], I was told to write a statement and what they intimated when I was being brought here was that I disrupted the programme.

“There was a tall, lanky woman who said the bag I was holding might contain certain dangerous equipment and that they should bring it to the station to verify what I might have in the bag. When she made that statement, I stated that if she is accusing me of carrying such dangerous materials, the burden of proof lies on her and my bag is right before them; they can search it. I have my laptop, I have my iPad, I have iPhone and my charger, those were the items in my bag, and if that is what we call harmful in Ghana then that is unfortunate,” he added.

A few weeks ago, some Ghanaians signed an online petition as part of a social media campaign to push the government to operationalise the 597-bed capacity University of Ghana Medical Center (UGMC).

The campaign was led by Reginald who argued that the hospital cannot continue to be ‘worshipped’ when the country’s health system is facing many challenges.

511 days after former President John Mahama commissioned the first phase of the University of Ghana Medical Center (UGMC), the government is yet to open the facility to the public, citing technical reasons.

Citi News gathered that the facility which was scheduled to open in November 2017, was kept locked to the public due to a tussle between the Minister of Health and the University of Ghana over who manages the $217 million facility.

After stating various reasons why the facility cannot open now and having all deadlines set to operationalise the facility expired, the facility is yet to be opened.

The last public comment about the state of the hospital was by the Minister of Health, Kweku Agyemang Manu in April.

While addressing stakeholders and practitioners in health during the 2018 Health Summit in Accra, he said the UGMC could not be opened due to uncertainties over the source of power supply. 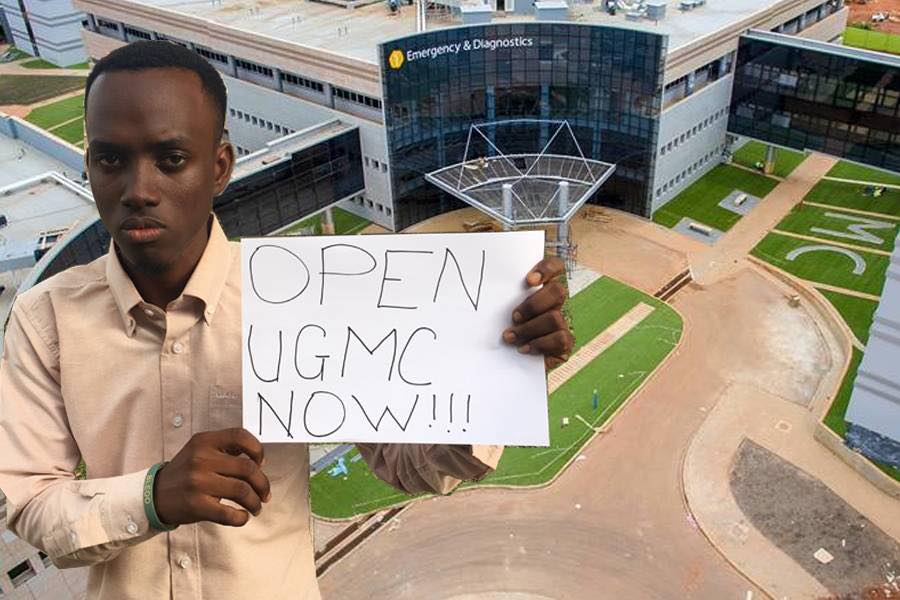 It is unclear if the Minister was referring to a dedicated sub-station in that address as there are already two large standby generators installed at the hospital.

The Health Minister  said the facility was not finished adding that “and those who claim the place is completed, I am the Minister, and I want to tell the Ghanaian population that the place is not completed.”

But the campaigners for the facility argued that the government could get the facility running if it prioritised it.