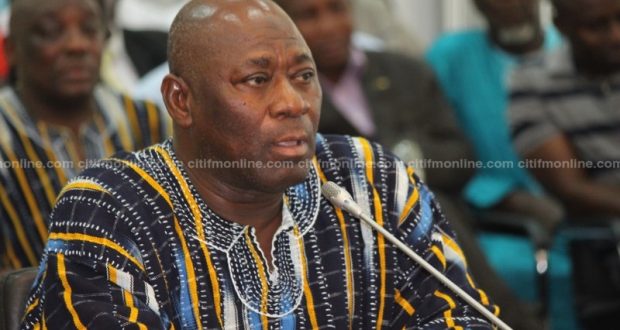 A statement signed by the Director of Communications at the presidency, Eugene Arhin, said the President took the decision after receiving a report of the violent incident that resulted in the punitive action against the Minister.

According to him, the report did not find the Regional Minister guilty, hence Akufo-Addo’s decision to immediately reinstate him.

Sulemana Alhassan was suspended on February 1, 2018, after he reportedly shielded a group of angry youth believed to be members of the New Patriotic Party (NPP), who attacked the Upper West Regional office of the National Disaster Management Organization (NADMO) from being arrested.

He reportedly told the police that “This is a party matter, I will have a meeting with them and get back to you”.  After that, the attackers walked home freely.

Some workers of NADMO declared an indefinite strike over the incident demanding the arrest of the suspects, prompting the President to take the action against the Minister.

But a statement from the presidency on Friday, May 4, 2018, said, “the President of the Republic, Nana Addo Dankwa Akufo-Addo, on Friday, 4th May, 2018 reinstated with immediate effect, the suspended Upper West Regional Minister, Alhassan Suleman, following the completion of Police investigations into the attack on the Upper West Regional offices of the National Disaster Management Organization (NADMO), in Wa, which led to the suspension.”

It added that, “President Akufo-Addo’s decision is informed by Police investigations, for which a report dated 22nd February 2018 was submitted to the President, after which a thorough assessment of the report was undertaken. The report exonerates the Regional Minister from any wrongdoing in the unfortunate incident of 31st January 2018 including attempting to pervert the course of justice.”

The statement indicated that some nine persons had been arraigned for prosecution after allegedly being involved in the offence. 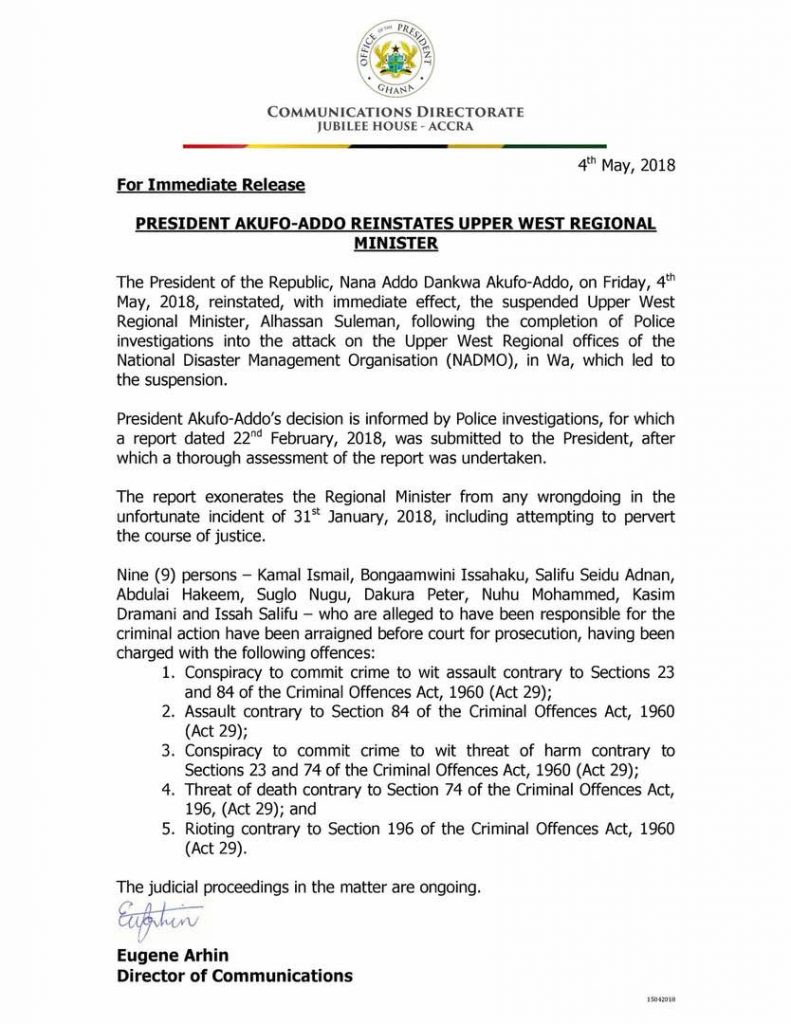