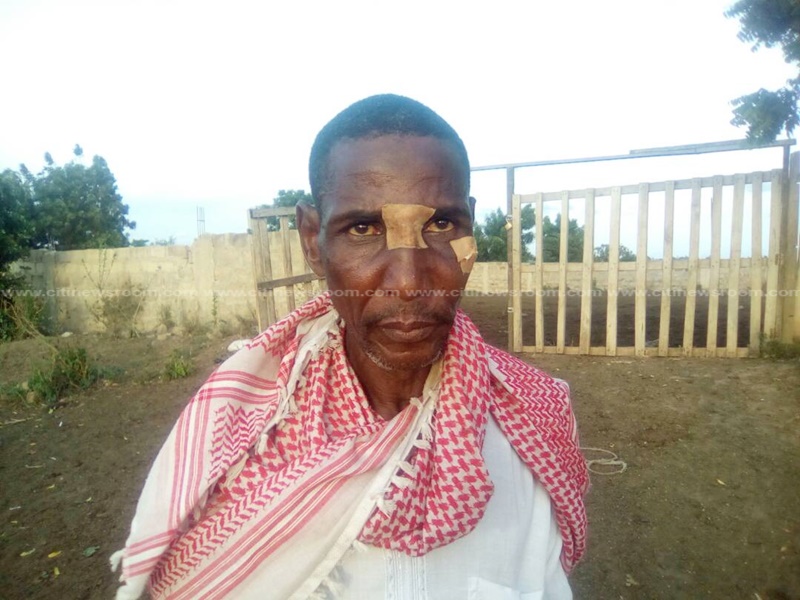 One of the brutalized victims of the robbery

A 14-year old and an eight-months pregnant wife of a herdsman were left severely traumatized after they were allegedly raped and robbed at gunpoint last Sunday at Budumburam near Kasoa in the Central Region.

The alleged rape victims, along with members of their families, were held hostage by 20 suspected robbers wielding guns and machetes, who subjected them to beatings.

The robbers, who carried out the operation between 10:00 pm and 4:00 am around the Bluerose Estate at Budumbumram, made away with a truckload of 20 cattle.

The victims have told Citi News that they are living in fear following their gruesome ordeal which they claimed the police have ignored.

After assaulting 50-year-old Akosua Boatemaa, the mother of one of the rape victims, and her family, the robbers dragged them to the home of the 25-year-old herdsman by name Abdul Rahman.

Abdul Rahman’s pregnant wife and parents-in-law, who were visiting, were all subjected to severe beatings, according to Akosua Boatemaa.

It was then that Akosua Boatemaa’s 14-year-old daughter was later raped by one of the robbers despite her protests, which were met with threats to rape her [Akosua Boatemaa].

The herdsman’s wife was also raped, while the five other robbers molested her afterwards.

While the sexual assault was ongoing, other robbers were busy loading a truck with about 20 cattle.

Akosua Boatemaa said they reported the matter to the police after the incident, and later went to the hospital with a police medical report.

The owner of the cattle showed up at the hospital, but was nowhere to be found when hospital bills had to be paid.

Police later confirmed the incident to Citi News but have declined to comment.