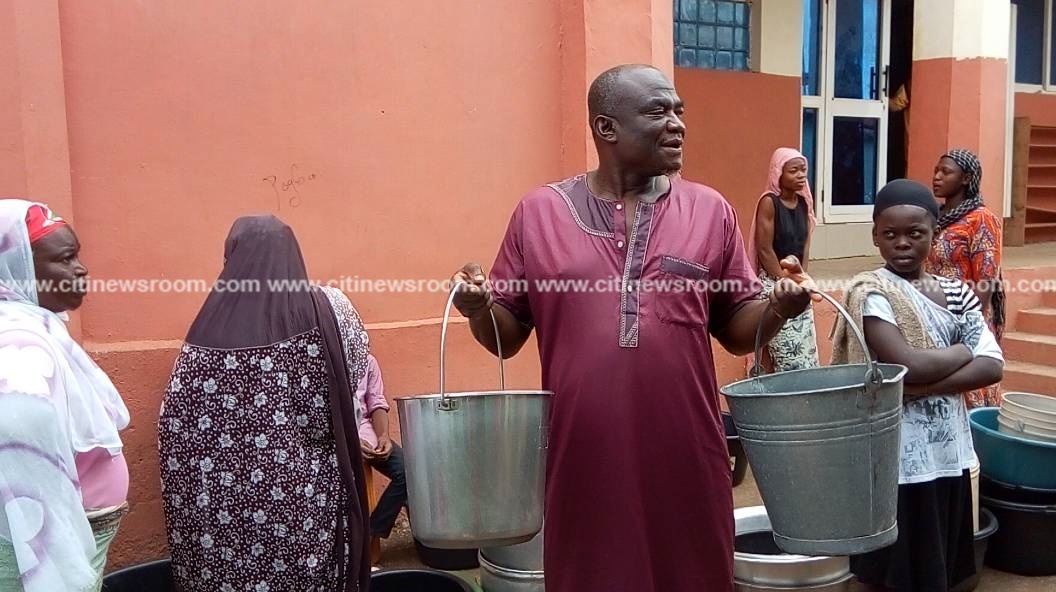 There is struggle for water in the Tafo Municipality of the Ashanti Region as residents queues for water.

For the past two weeks, residents within the Tafo Municipality say they do not have water flowing from their taps.

Some of them have to walk long distances to fetch water, following an interruption to one of the supply lines in the area. 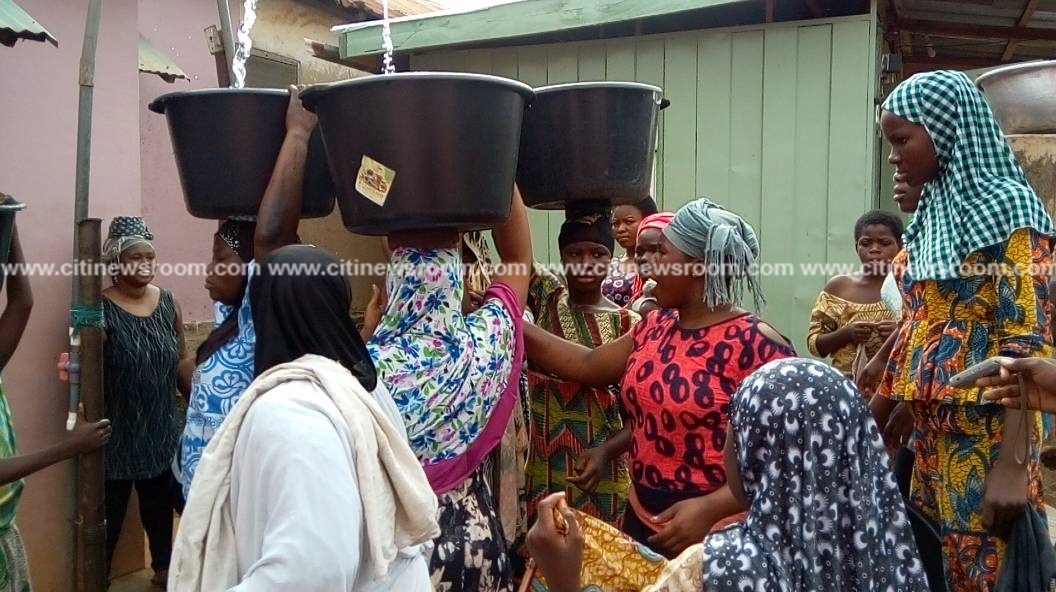 Some of the hardest hit areas are the Muslim dominated communities currently fasting during their holy month of Ramadan.

Citi News checks in the area revealed that both the young and old battle in queues to access water.

Some residents who have boreholes in their homes are helping to ameliorate the situation by supplying water to residents.

At one of the locations, 70- year-, old Mma Rabiatu Chokosi was seen struggling with other residents as young as her grandchildren to fetch water. 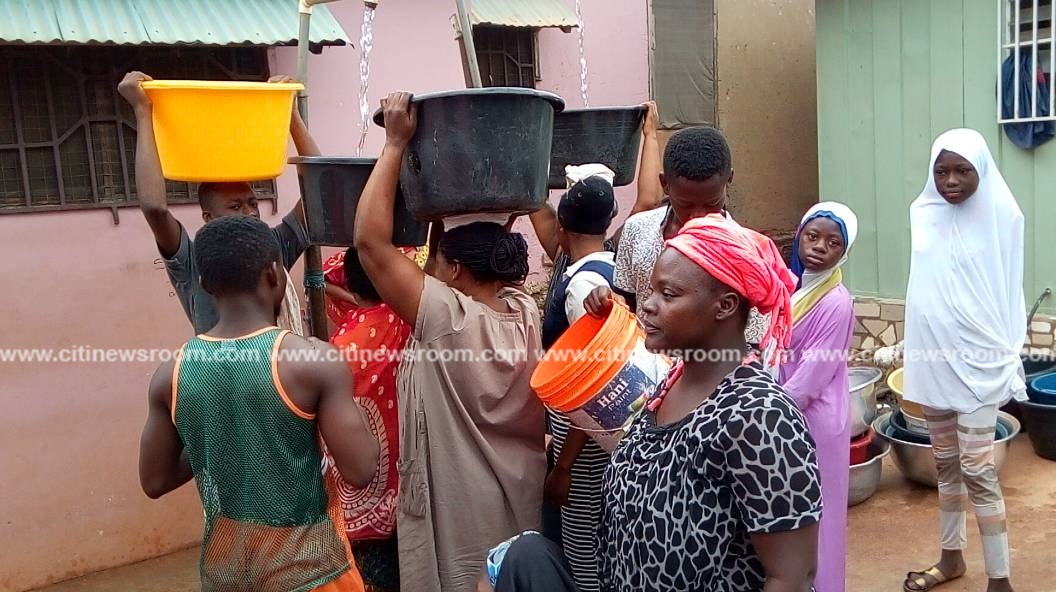 She held her pan as she made frantic efforts through the long queue.

She expressed worry over the development. “It is very difficult to get water. Even we the elderly one are struggling to get water. The situation is worrying. Just look at the long queue. I have been here as early as 4:30 am. So we are appealing to the authorities to fix the situation”.

Some other residents who also spoke to the lack of water in their homes have brought an additional burden to them.

The residents, some of whom are school children say the situation is affecting their academic activities.

A Junior High School (JHS) pupil said “I am a BECE candidate and I will be writing my exams very soon. Because there is no water, I am now going to queue to get water. The situation really affects me because I do not get time to learn”. 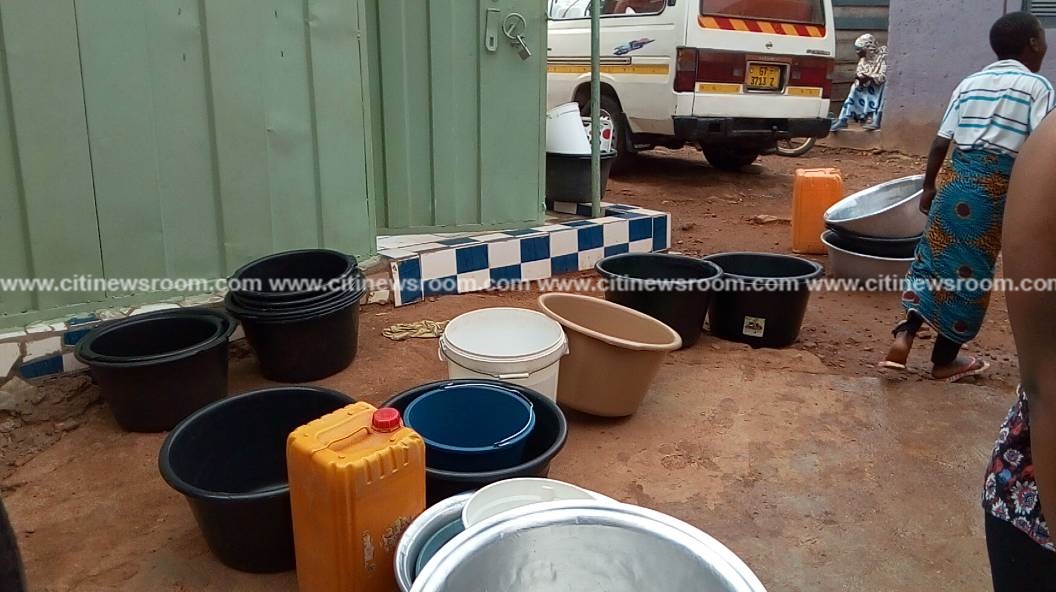 Residents are appealing for an immediate intervention to fix the situation. Individuals who supply water for sale have temporarily shut their taps.

Citi News’ visit to the Ghana Water Company Limited revealed that personnel were busily working on the broken transmission lines. 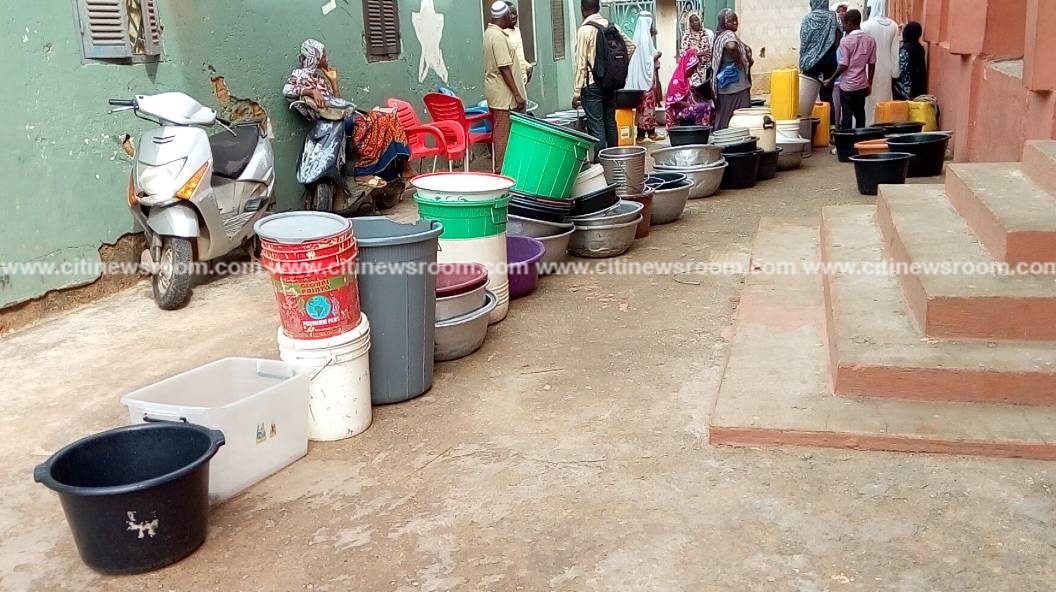 A deep gully has been created by erosion at the drainage system, which has compromised its structural integrity.

The situation has forced the main lines to loose contact with each other. 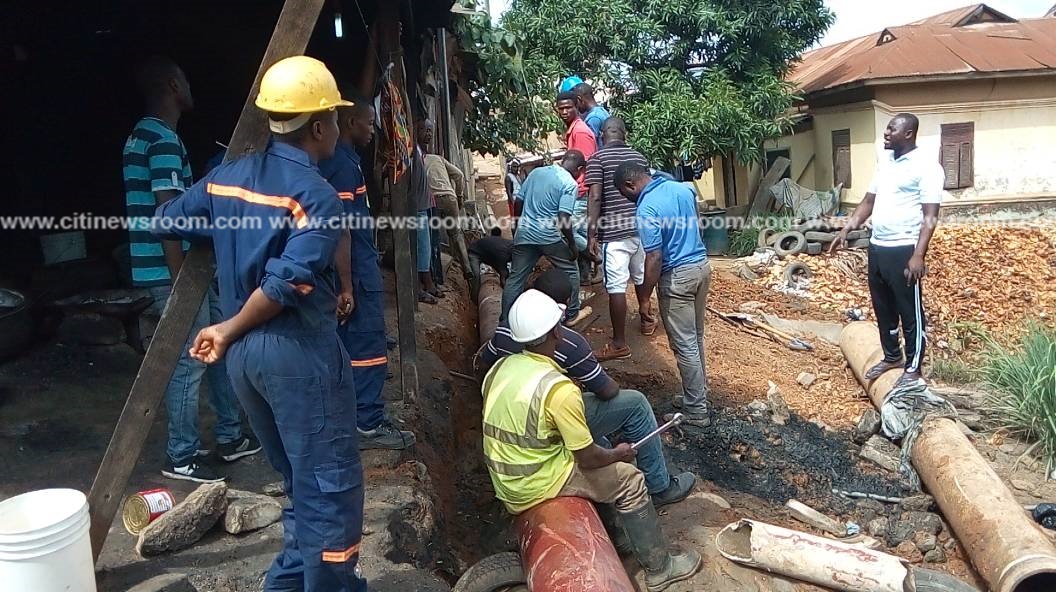 Until the Water Company Limited is able to fix the problem, residents in the Tafo Municipality will continue to queue for water.