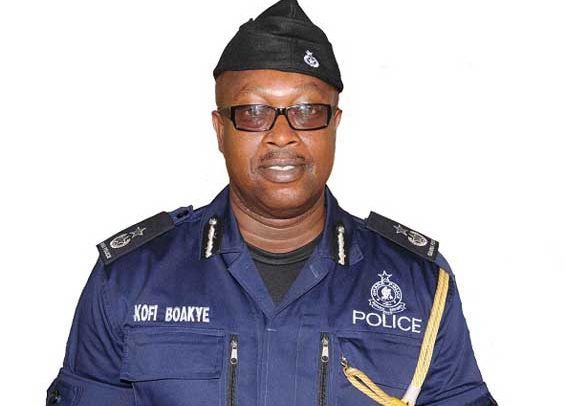 The administration of the Ghana Police Service has put in place measures to rid the service of miscreants and criminals.

According to the service, the increasing involvement of some police officers in criminal despicable and embarrassing activities.

[contextly_sidebar id=”1WI0tT6WoEx31RRjajO7GphF9f8KEbAv”]A few months ago, three personnel with the Weija police command were arrested for allegedly selling an AK47 rifle to some suspected armed robbers. Another officer stationed at the Akuse Police command was apprehended for his alleged involvement in a fuel station robbery.

The Director of the Police Intelligence and Professional Standard Bureau (PIPS), COP Nathan Kofi Boakye, has said the service is addressing the trend.

“The police administration has instituted a lot of measures to how weapons are given to policemen and how police duties performed,” he stated.

In April the Criminal Investigations Department (CID) of the Ghana Police Service, investigated two police officers who allegedly rented out their guns to suspected armed robbers.

According to police sources, the two were picked up after the suspected robbers in police custody revealed that they acquired their weapons from the officers.

The Inspector General of Police, David Asante Apeatu, directed the interdiction of three Police officers who allegedly sold the weapon, AK47 rifle to a civilian, believed to be an armed robber at Wejia in Accra.

The accused officers were attached to the Weija District Police Command.

How the officers were exposed

According to reports, the suspected robbers had a motor accident, and on the way to the hospital, they began complaining the gun they left behind, fearing that the officers they bought the guns from would be in trouble.

The suspected officers believed to be involved in the criminal arrangement were found out and arrested for further investigations.

The Criminal Investigations Department (CID) took over investigations and found that three officers of the Ghana Police Service were behind the crime.