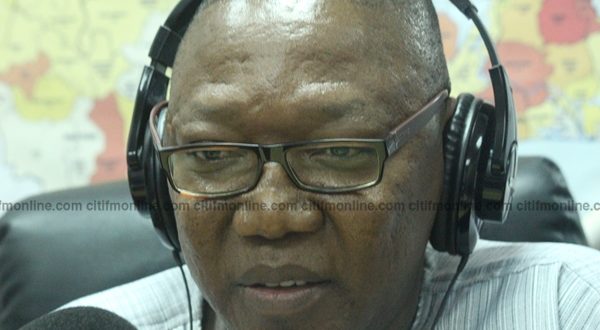 The Member of Parliament for Builsa South Constituency in the Upper East region, Dr. Clement Apaak, has expressed shock at President Akufo-Addo’s position on the ongoing Ghana card registration exercise.

He says he expected Akufo-Addo to support the Minority’s position that the exclusion of the Voter’s ID card as part of documents of proof of citizenship will denationalize majority of Ghanaians.

[contextly_sidebar id=”CMHWLjetoru7yGlIz0M3jD2mm2ZCdYlP”]President Akufo-Addo on Saturday criticized the Minority in Parliament for boycotting the ongoing Ghana card registration which started in Parliament.

He has also described as “extremely unfortunate” the Minority’s claims that the ongoing process would denationalize citizens.

Delivering an address at the 2018 Ashesi University congregation, Akufo-Addo said he strongly believes that the use of birth certificates and passports as proof of citizenship for the Ghana card registration was most appropriate.

“I do not think that there are more credible basic document requirements for establishing nationality or citizenship than a birth certificate or a passport. An appropriate acceptable mechanism has been provided in the law to verify the claims of those who have neither,” Akufo-Addo said.

“What then are we to make of the outrage being orchestrated by some high ranking leaders of the opposition and some members of the Minority in Parliament when all the evidence points to their enthusiastic support of the national identity register amendment Bill when it came before them in the House. I pray that we abandon giving politics a bad name and support this exercise to proceed rapidly to a successful end,” he added.

But according to Clement Apaak, Akufo-Addo should have sided with the Minority since he became president by virtue of votes from Ghanaians with Voter’s ID.

In a Citi News interview, Clement Apaak said, “he [Akufo-Addo] is a beneficiary, directly of the use of the Voter’s ID card as a primary document which is the basis for which he is President today. So if we have raised issues and are calling for attention to the fact that excluding the use of the Voters’ ID card was not going to augur well for the majority of Ghanaians, I would have thought that the president would have sided with that.”

The Minority in Parliament boycotted the Ghana card registration process for Parliamentarians citing among other reasons the use of only birth certificates and passports as proof of citizenship which they say could denationalize many Ghanaians.

The caucus has said it will continue with its boycott of the exercise and may challenge the process at the Supreme Court.

They plan to seek an interpretation on whether or not voters’ ID card can be used as proof of nationality for the registration and issuance of the Ghana card.