C/Region: Fishermen call for ban on plastics over sea pollution 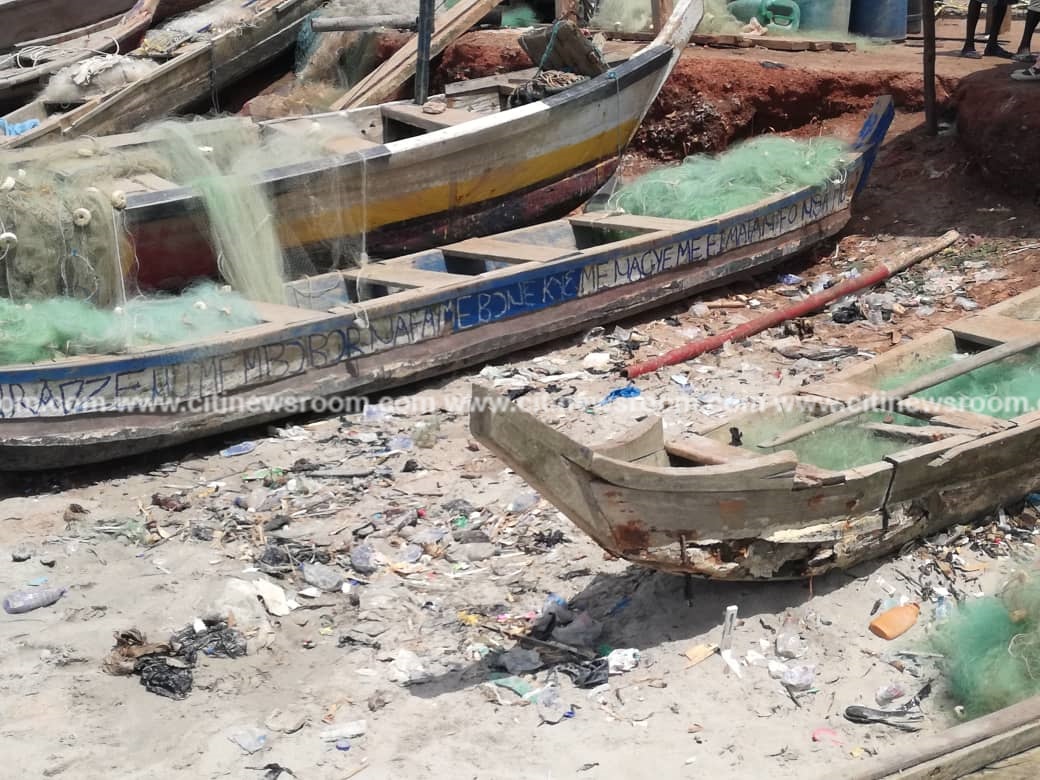 Some fishermen in the Central Region are calling on the government to place a temporary ban on the use of plastic bags whiles it takes measures to manage the plastic waste already in the system.

The fishermen say the worsening plastic pollution is threatening their activities at sea.

The fishermen told Citi News that the volume of plastic waste in the sea is massive, and is contributing to the dwindling fish stock in the country.

The fishermen at Elmina and Moree made the call in their interaction with Journalists for Responsible Fishing and Environment, an association of journalists from the Central and Western Regions, on the occasion of World Oceans Day on Friday, June 8. 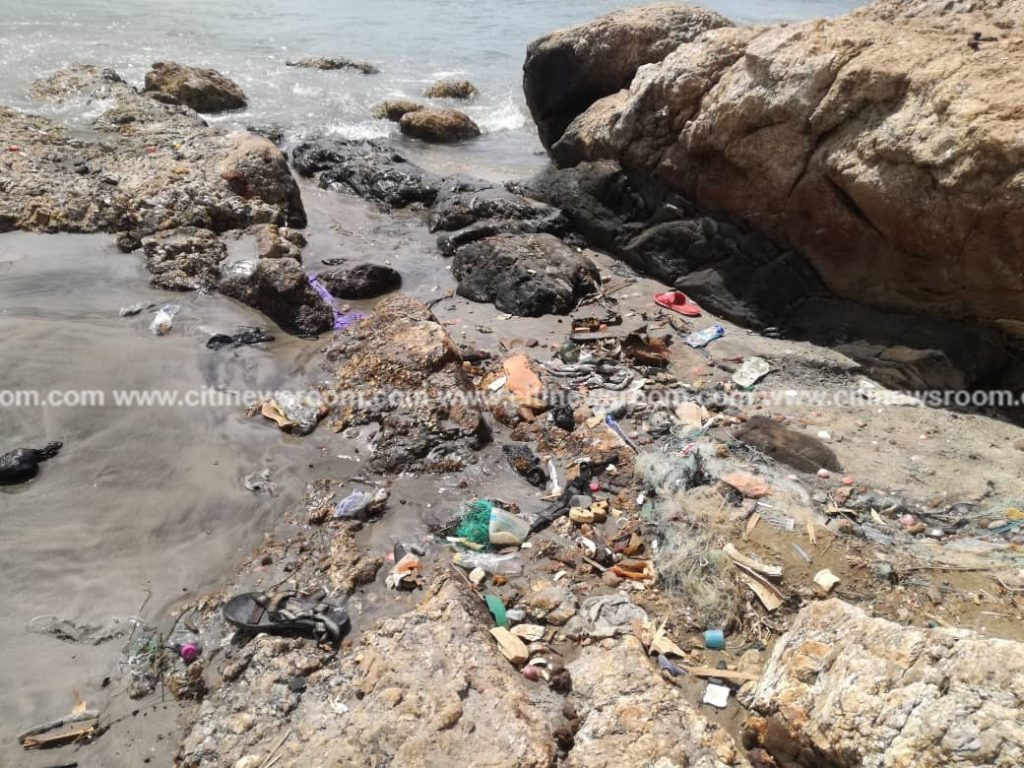 The day, celebrated with the local theme ‘Saving the Ocean: Our Collective Responsibility’, saw media personnel visit the two fishing communities to observe how plastic waste has polluted the sea and how pollution is affecting the fishing industry.

A fisherman at Elmina, Kofi Witness, told the journalists that in recent times, he sometimes pulls his net to find a lot of polythene bags instead of fish.

“All that I catch these days is polythene; it is affecting our work because we buy fuel and we gain nothing. The plastic in the sea also kills the fishes, and I will solidly back any regulation to ban the use of plastic”.

How the pollution occurs

Plastic and solid waste pollute the sea when gutters in various communities get emptied into them.

Some residents in the communities also deliberately dump household waste at the beaches. 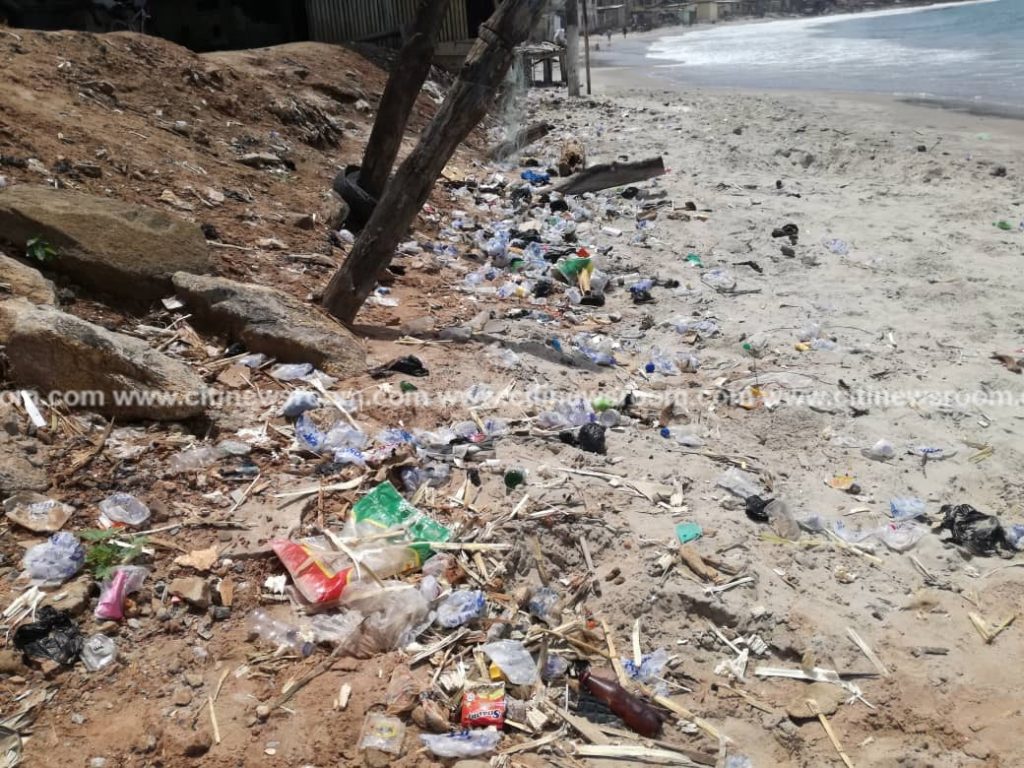 A community worker at Moree, Mr. Nyame Ye, told to Citi News that some people in the town give the excuse that they cannot afford the GHC 1.00 charged for disposing of rubbish into the Zoomlion containers.

At both Elmina and Moree, residents strongly defended the practice of burying plastic and other waste in the sand at the beaches. However, the practice is unsafe because with time the waves erode the sand and expose the rubbish to the sea due to the shallowness of most of the holes dug for the burying.

Sadly, the fishermen themselves contribute to the sea pollution as Opanyin Armah, an Elmina fisherman, explained to Citi News, saying “Sometimes, we buy food wrapped in plastic, or we go to sea with sachets of water, and after we have consumed them, we can’t put them in our canoes, so definitely we throw them into the sea”. 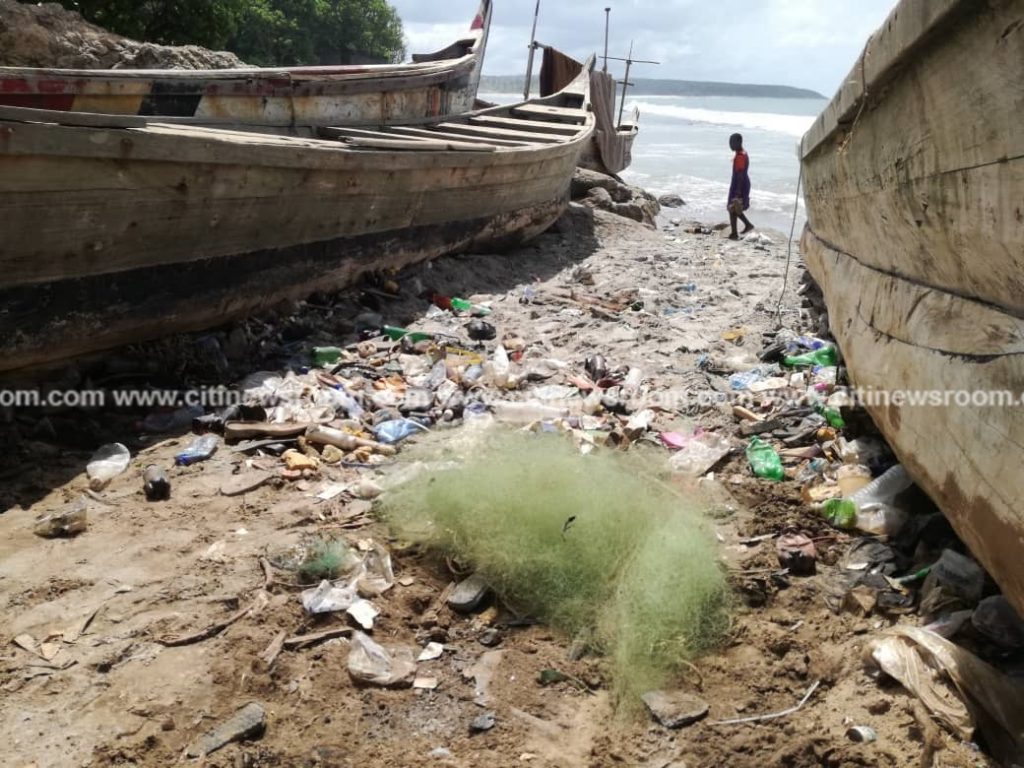 However, Chief Fisherman of Moree and secretary of the Central Regional branch of the Ghana National Canoe Fishermen Council, Nana Mensah Bonsu, suggested that his colleagues could do better to sanitize the ocean by possibly returning to the old practice of taking gallons of water to sea, or putting the rubbish in their canoes.

A fishmonger at Elmina, Maame Ama Enyaah, also suggested that the use of paper bags should be promoted in the country to take the place of plastic materials as a way of minimizing the pollution of the ocean.

Intended regulation against plastic use

In a recent media interaction, the Minister for Environment, Science, Technology and Innovation, Prof. Frimpong Boateng, noted that a ban on plastics is imminent.

“Everything should be backed by law, and if you tell somebody to do anything, and he says what is the law banning me from that (there will be some challenges); that is why we need a policy that will be a law that will bind them to it”, Prof. Frimpong Boateng said.