In fear of sirens and rock blasts; life by a quarry at Joma 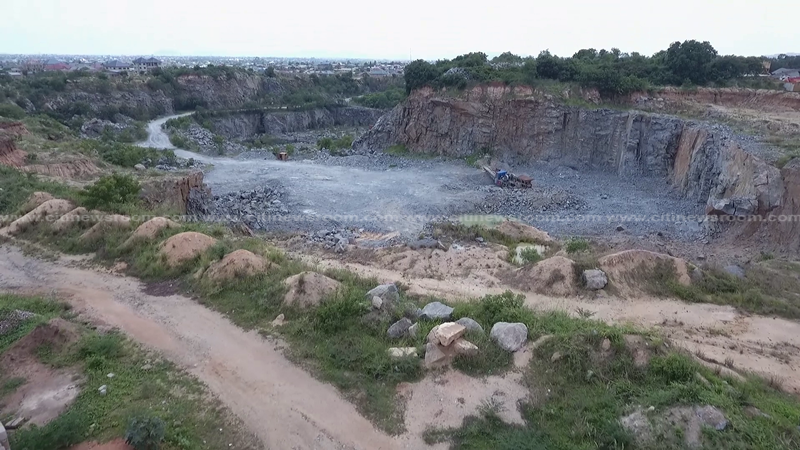 Parts of the small community of Joma, near Ablekuma in the Greater Accra Region, present a portrait of a society on the fringes. The economic inequality would surprise little and inhabitants there are managing like millions of other Ghanaians.

But this community has its peculiar fears. A number of them live within the buffer zone of a quarry run by Regimanuel Concrete Products (RCP).

This means they are at the mercy of flying rocks when the quarry carries out its usual rock blasts.

Some of the residents who spoke to Citi News team I was part of lamented their tense living conditions, like inhabitants of a village neglected during a civil war. Aspects of their situation are eerily similar life in areas worldwide that have to contend with regular bombings.

Sirens have been known to warn of oncoming bombings during wartime, presently and in times past. The sound of a siren ushers in a mad rush to safety from artillery shelling or bombs from the sky.

The people of Joma are also warned of blasts from the quarry sites by a siren which is supposed to sound three times within a 30-minute window. During this time, residents within the blast radius are expected to find safety. 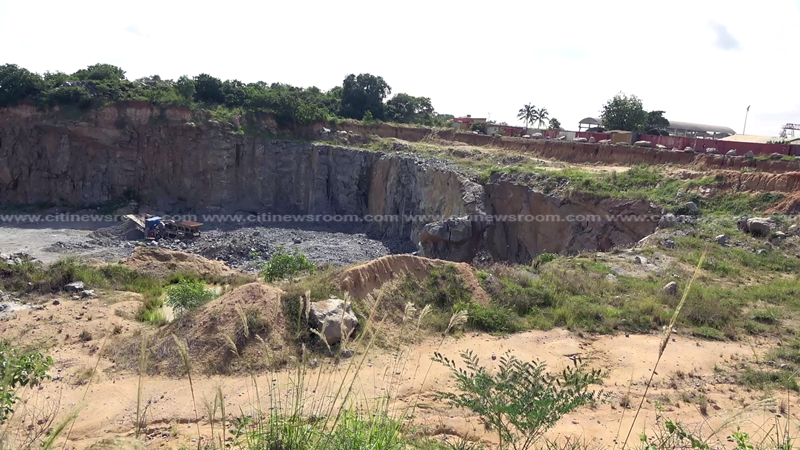 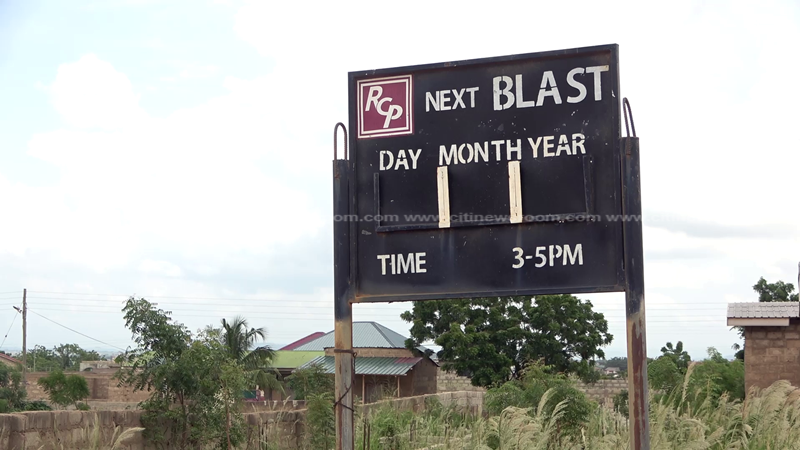 But some residents claim this protocol is not followed by RCP, as they said some blasts occur with little or no warning.

But the fact remains that most of these residents have encroached on RCP’s land, though some of them seem unaware of this.

The buffer zone, required by law to be between a radius of 300 and 500 metres, is supposed to be free of any residences, for the protection of human life.

Some the most vulnerable of these encroaching residents’ live mere meters away from the sources of rock blasts.

Unsurprisingly, there have been some human casualties, in addition to the destruction of property. A baby on his mother’s back was struck and killed by a projectile from the quarry’s rock blasts in 2015.

The community is still haunted by the child’s death. Some swear the child was ripped in half by the force of the impact from the flying rock.

“The blasting of rocks ended up killing a child around here. At the time we protested, and police even had to come in. Despite our complaints, we haven’t heard anything since,” one resident said. 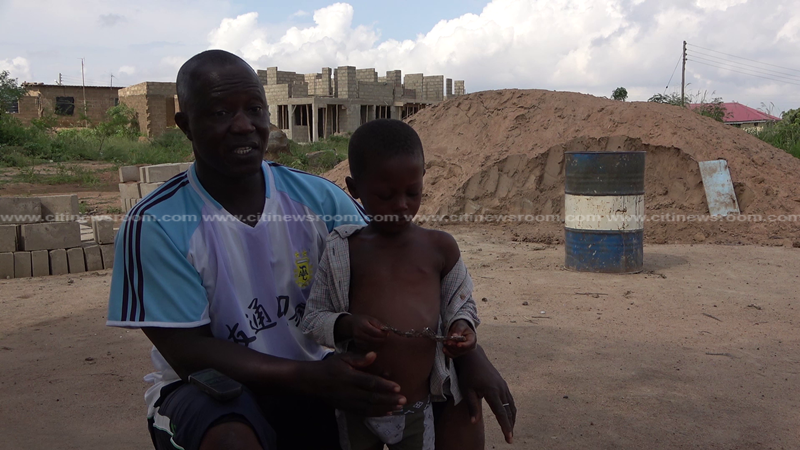 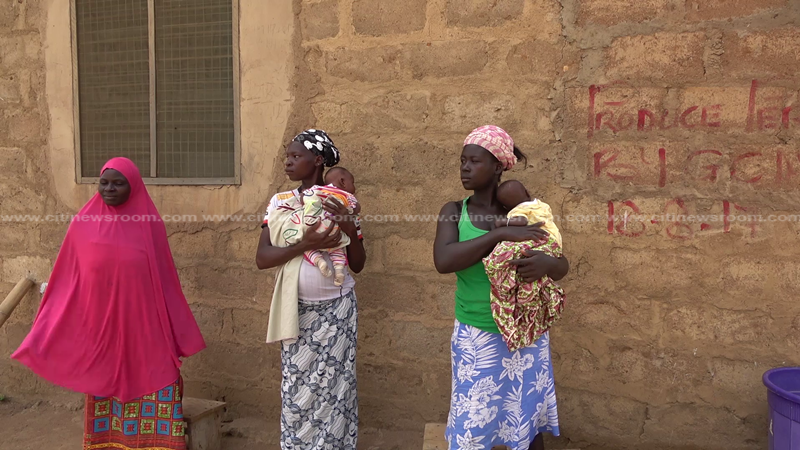 Since that death, there have been close calls for other infants in this area, as a couple of mothers narrated.

“Exactly a week after I delivered my baby, I was forced to flee my home because of the blast. Rocks from the blast damaged my roof and other properties. They did not tell us about the pending blast,” a first-time mother clutching her baby recalled.

Another new mother had a similar story.

“Three days after I delivered my baby via caesarian section, I had to run out of my room with my baby for our lives because they were going to blast stones. People now live here so they should stop this. We have nowhere else to go,” she said.

Despite the close shaves, more developments are springing up in the area, within the buffer zone. 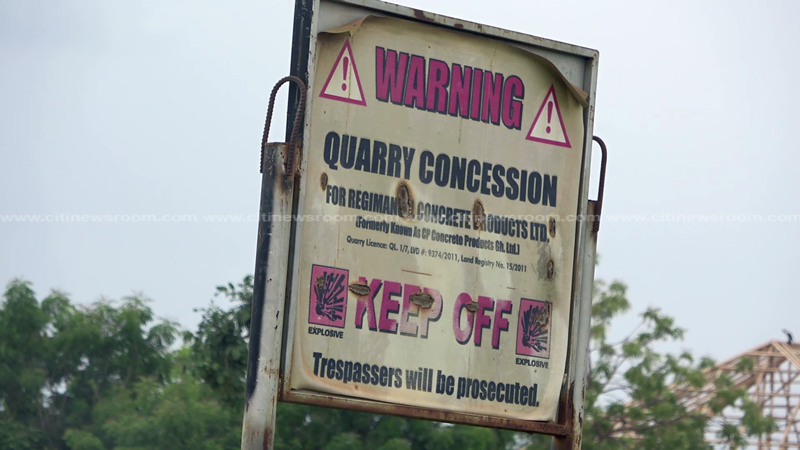 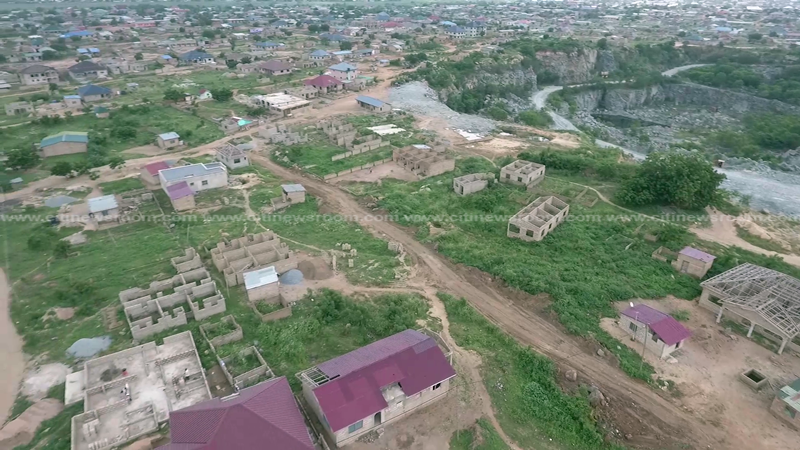 These future homeowners ostensibly have the support of the Landlord Owners Association in the area. The association’s president, Christian Hodor, recalled fondly the foreign company that operated the quarry before RCP.

The quarry was first acquired by Construction Pioneers (CP) in 1986 for the construction of government projects. RCP took over in 2011.

“Their [RCP’s] blasting is disturbing us a lot. If I can remember, when CP was here, they were working with us. They always reshaped our roads and other things.”

“But when they [RCP] came in, they don’t know how to blast. They blast anyhow. If they blast, stones can fly so many miles and destroy people. Even some of our houses are cracked. Some of our roofs are damaged,” Christian Hodor complained.

The community has vilified RCP, but the company firmly believes it has the law on its side.

The company’s Administrative Director, Charles Mensah Onuamah, stressed to Citi News that issue was primarily about ownership and not the effects of their blastings on the community.

He pulled out satellite pictures to show that the encroachment only really started around 2011 when RCP took over the quarry. As at 2013, about a third of the buffer zone encroached. Encroachment levels reached 100 percent a year later, according to him. 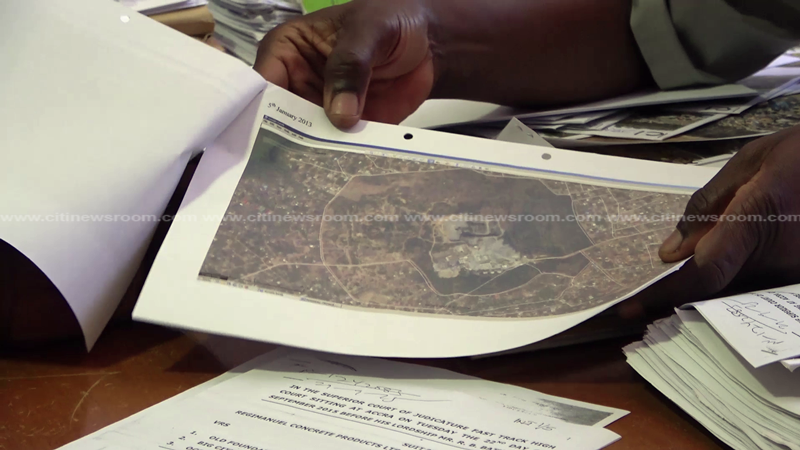 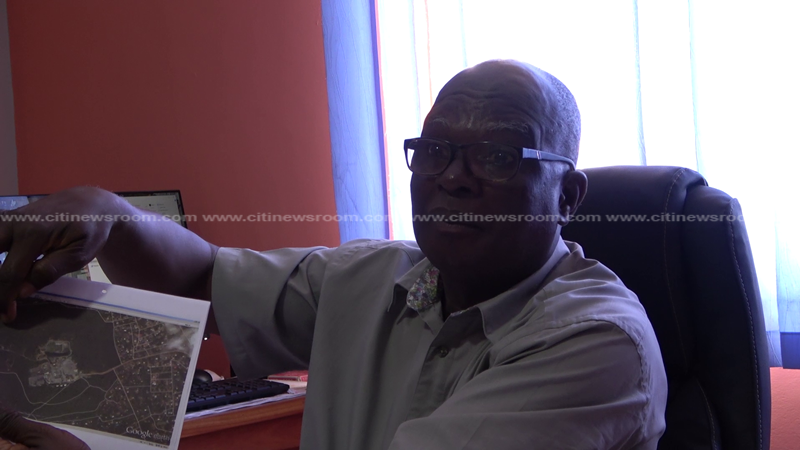 “So the major encroachment started after July 2011, when the information went out that CP had transferred its major interests to Regimanuel [Concrete Products]. Before that, everything was okay.”

He noted further that RCP was operating by the book and even, to an extent, indulging the encroachers.

“They [affected residents] are not supposed to be there. The law requires that before you operate a quarry, there should be a buffer, which is between 300 and 500 meters from your operation, which we did.”

To this end, the company in 2015 filed a case against encroachers at the High Court to halt all development and demolish all illegal structures within 500 meters of its concession.

“There is an injunction, but they have just ignored. We have reported to Ga West, Ga Central, to the police, Minerals Commission, to the EPA [Environmental Protection Agency], but nothing has been done,” Mr Onuamah said.

As the court case unravels, the more vulnerable residents live in limbo and at the mercy of the Quarry’s siren. When it sounds, even little kids know they have to run as far as possible to escape the rocky storm that they may end up caught in.