Give us space to mourn late Dr. Hayfron – Family appeals 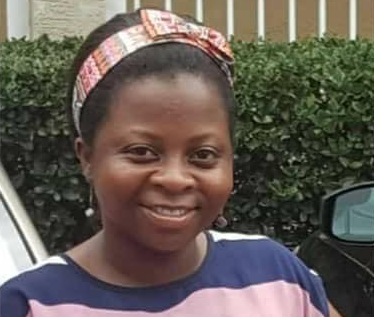 The family of the late Dr. Aya Hayfron has appealed for privacy as they mourn her.

In a statement copied to citinewsroom.com, the family confirmed that her body had been found days after she was reported missing during the Monday night downpour.

[contextly_sidebar id=”PHUat7FM2ABIeYsu8440Wq04IBEQAN0M”]While expressing its appreciation to the public for the show of love and support in finding her body, it urged the media and other members of the public to “give them the needed space and time as they grieve over the loss of the late Dr. Aya Hayfron.”

It further cautioned against circulation of photos and inaccurate reportage about Dr. Hayfron.

These are trying times for the family and they will wish to appeal to the general public and the media to give them the needed space and time as they grief over the loss of the late Dr Aya Hayfron.

We also wish to appeal to the general public and the media to treat the memory of the late Dr Aya Hayfron with the needed respect and desist from circulating pictures and inaccurate reportage about her on social media.

The family is in deep sorrow at this loss and hope this humble plea of the family will be heeded by the media and the general public. Thank you for your support and keep praying for the family.

Dr. Hayfron died after the strong currents of rushing flood waters carried the salon car she was driving into a drain at a suburb called Rasta, along the Teshie Bush Road in Accra.

According to an eyewitness, Dr. Hayfron had picked up two other passengers she wanted to help cross the rushing water to the other side of the road.

The two passengers were however rescued.

Israel Olokor, a resident who tried to save Dr. Hayfron and the two other passengers, in a Citi News interview said he had signaled Dr. Hayfron not to drive through the rushing water.

Some fishermen on Wednesday morning found her body under some debris close to the Kpeshie lagoon after commencing an intensive search for her.

She’s among the ten persons who died from the floods in Greater Accra, Central and Volta Regions.