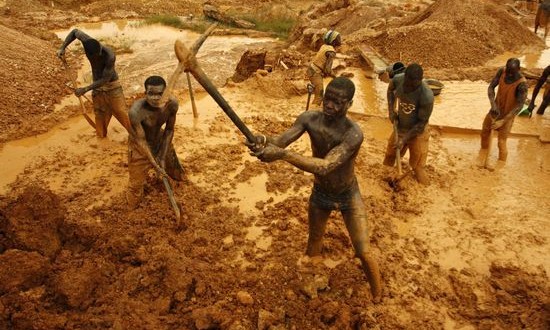 The government is turning to technology in its quest to end illegal mining in the country and sanitize the sector.

According to the Secretary of the Inter-Ministerial Committee on Illegal Mining, Charles Bissue, a  software had been developed to monitor mining concessions and the owners of the small-scale mining companies.

Speaking on Eyewitness News, Mr. Bissue said the software will enable the government track the companies engaging in illegal mining activities and hand out sanctions to the managers of these firms.

The software will also ensure that provisions in the Mining Act which state that licenses should be awarded 90 days after the application is adhered to.

“Hitherto, there was bureaucracy at the agencies, and we can’t always blame the small-scale miners. If you went to the Minerals Commission and you applied for a license, the Minerals Mining Act says that you should get the license within 90 days. We have license applications that have taken 5 years. The person is then forced to go and mine gold and forced into corruption.  We’ve brought something called the GalamStop, it’s a software which is bringing a synergy, bringing all the agencies together. We have the license life-cycle in there so once you trigger the license from the District level, each and every person can follow it. The President himself has acquired one.”

The use of this software is one of the measures outlined in a road-map prepared by the Committee to end galamsey.

While the road-map is yet to be published, Charles Bissue stated that it will help sanitize the mining sector.

Ban to be lifted soon

President Akufo-Addo revealed that the road-map will be released soon at a workshop for traditional leaders and the clergy in Accra.

The comprehensive roadmap, according to the President, will involve the reclaiming and re-afforestation of mined-out areas; the restoration of impacted water bodies; and strict supervision of the processes of awarding mining licenses and associated permits to deal with illegal mining.

Following the widespread devastation of water resources and forest reserves as a result of the activities of illegal mining, government, in January 2017 placed a ban on small-scale mining for six months.

The ban was however extended in October 2017, for another three months, which ended in January 2018, but still remains.

The President indicated that the government will issue a statement soon “setting out a comprehensive road-map including the lifting of the ban to deal with a permanent basis this threat poses to the present and future health of our nation.”

A security task-force the government put together; Operation Vanguard, to fight small-scale miners has said it has achieved 75% success in its work.