I acted alone; no gov’t official was involved – Nyantakyi confesses 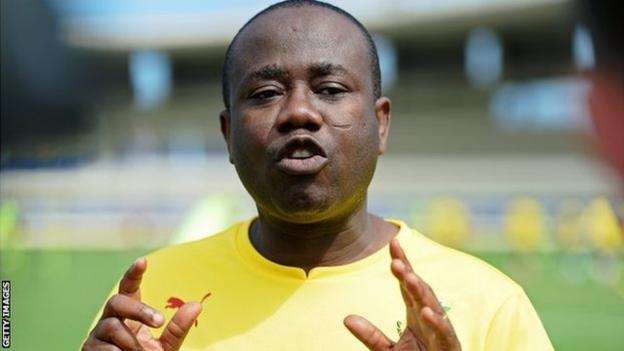 Nyantakyi said he did not consult any government official contrary to what he had said in the video.

“I wish to clarify that at no time prior to or subsequent to any deliberations on the video did I consult, contact or inform any Government official about discussions on the video. I take sole and personal responsibility for the proceedings on the video,” he said in a statement on Friday.

Nyantakyi was captured in a video by Anas and his Tigereye PI team, using the name of the president, vice president, Road Minister and his Deputy to lure some investors into the country.

Nyantakyi in the video allegedly tried using some dubious means to secure a 25% commission for his agency from a sponsorship deal for Ghana’s local football offered by some members of Anas’ team who posed as investors.

This created a public uproar with many calling on Nyantakyi to resign.

He eventually resigned from the GFA on Friday after a meeting with the Association’s Executive Committee and hours after he had been banned for 90 days by FIFA.

“It stemmed out of the controversies generated by investigative report of Tiger Eye PI. In the said report I committeed a series of errors of indiscretion. I gravely associated the highest office of the land –the presidency- with private discussions I had with “Scammers” who deceived me into thinking they were genuine persons interested in investing in our country,” the former GFA boss said in a statement.

Nyantakyi in the statement also apologized to the President and all the people whose he mentioned in the video.

“I hereby apologise unreservedly to the father of the Nation, H.E. Nana Akufo Addo, H.E. the Vice President, Dr. Mahamadu Bawumia, Hon. Ministers and Deputy Ministers of State for indiscretion in associating them with the private conversations on the video,” he added.

#Number12: We’ll not terminate our contract with GFA – StarTimes

#Number12: We'll not terminate our contract with GFA - StarTimes