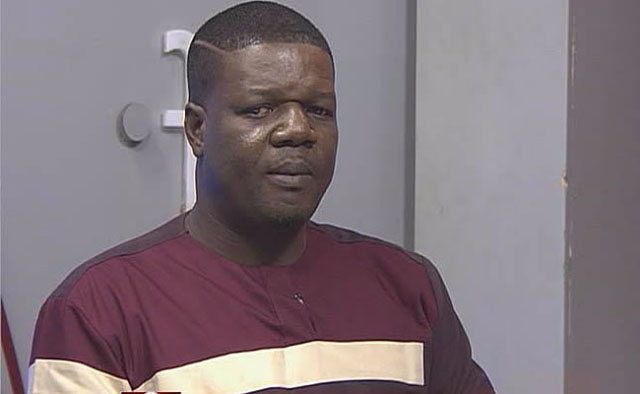 His call comes after the suspect confessed to the murder in open Court earlier this week, saying that he was contracted by some persons within the governing New Patriotic Party (NPP) to commit the offence.

[contextly_sidebar id=”k9cw5SbZ0Mkg6SVGRuZFhNQ1Vj8y9hWL”]He also threatened to blow the cover of these alleged contractors who he accused of failing to secure his freedom as per the terms of their agreement.

According to the South Dayi MP, Daniel Asiedu’s confession puts his life in danger hence the state must ensure his protection and ensure a further investigation is conducted into his claim.

“The persons who commissioned him to commit this heinous and barbaric crime may find another way of eliminating him…You will recall that he complained that he was given bad soup and was not treated well in cells. It is only proper that having confessed to the crime and indicated that there are people who contracted him to do so, we give him better protection for prosecution to conduct further investigation and put those people also before court,” he said.

Another NDC MP, Alhassan Suhuyini, has also called for improved security for the suspect.

Meanwhile, a member of the NPP and Chief Executive Officer of the National Entrepreneurship and Innovation Programme (NEIP), John Kumah has dared Daniel Asiedu, to name the people he claims hired him to carry out the dastardly act.

“If it is anybody in NPP he should be bold to mention the name. What is he hiding? I will not sit on TV to defend anybody in NPP who sends another person to go and kill,” Mr Kumah said.

He also urged Ghanaians not to politicize the case and allow the security agencies to do their work.

“I will never accept this even if it happens to an NDC friend. Let us not rush to make this matter and NDC/NPP matter. We should not rush to take political advantage of some of these things because eventually if we do this and it gains grounds in this country, it is our lives we are putting on the line. We must all be careful what he puts there.”

The late J.B Danquah-Adu was stabbed to death on February 9, 2016, at his Shiashie residence in Accra. Daniel Asiedu, who was the prime suspect, was arrested two days after the incident. One other person Vincent Bosso was also arrested later in connection with the killing.

The murder of the former MP shocked many and led to discussions concerning the security of legislators. Daniel Asiedu and one other person Vincent Bosso, have been charged with murder and abetment for the killing of the late MP.

Asiedu had earlier said that he went to the MP’s house to steal but ended up killing him in self-defence. He, however, withdrew these claims and stated that he had gone with the intention of killing the legislator.