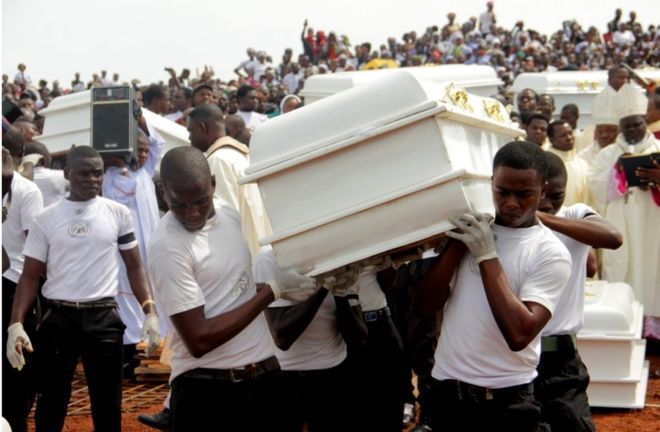 At least 86 people have died in central Nigeria after violent clashes broke out between farmers and cattle herders, police in Plateau state said.

A retaliatory attack on Saturday led to more deaths.

The area has a decades-long history of violence between ethnic groups competing for land.

A curfew has now been imposed in three parts of the state.

State police commissioner Undie Adie said a search of villages following the bloodshed revealed that 86 people had been killed, and six injured.

He said 50 houses had been burned, as well as 15 motorbikes and two vehicles.

Nigeria’s President Muhammadu Buhari – himself a Fulani – is under increasing pressure to address the tensions ahead of elections in 2019.

In January he ordered the head of police to relocate to the country’s middle belt to manage clashes there.

Special forces were also deployed to the central states of Benue, Nasarawa and Taraba to “secure vulnerable communities and prevent further attacks”.