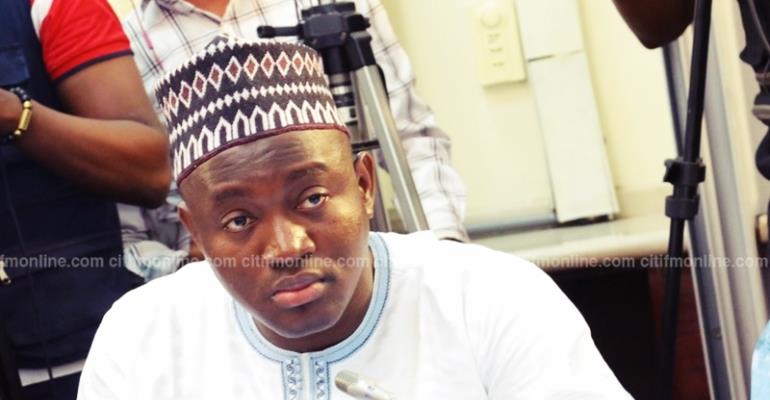 [contextly_sidebar id=”TvU0sWiorPFhAFu6XFzuFuHfSjYuwSIO”]His comment comes after the Minister for Trade and Industry, Alan Kyerematen, failed to name how many factories  had been established so far on the floor of Parliament on Wednesday.

Speaking on Citi TV’s Breakfast Daily today [Thursday], Alhassan Suhuyini said the NPP lied in their manifesto when they said the policy document for the roll out of the programme was ready.

“It is all in line with what I have called a grand deception by the New Patriotic Party – seriously unpardonable grand deception. You recall that before the election, we were all made to believe  the places they had already even identified and where the factories were going to be set up and what was going to be produced. For it to take the government two years to now be presenting to us the policy document, it tells you that it was all a lie.”

The Chief Executive Officer of the National Entrepreneurship and Innovation Plan (NEIP), on the same platform said 19 factories had so far been completed nationwide under Nana Akufo-Addo under the initiative.

Mr. Kumah said he was present at the commissioning of the 19th factory at Asutsuare in the Shai Osuduku District of the Greater Accra region.

“We have 19 completed and commissioned factories under the 1D1F. I John Kumah was present during the commissioning of the 19th factory at Asutuare and I have photos and videos to show you,” he said on Citi TV’s Breakfast Daily show on Thursday.

He was however unable to list all the factories.

The NPP prior to winning power in December 2016 promised to build at least one factory in every district in the country.

But 18 months after winning power, the governing NPP has been accused of failing to deliver on the promise although it has a mandate of four years to finish.

The Minister of Trade, Alan Kyerematen, was hurled before Parliament on Wednesday to brief the House on the projects, but he was unable to give statistics.

He however told Parliament that 329 proposals for the construction of factories under the 1 district, 1 factory programme have been successfully screened by the Ministry of Trade and Industry.

Sir John gets award for fight against global warming, unemployment