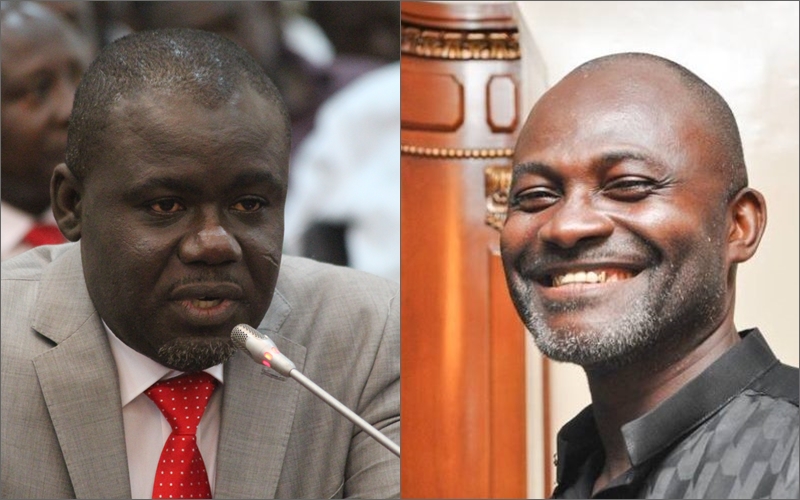 Investigative journalist, Anas Aremeyaw Anas’ documentary suggests that the Assin Central MP, Kennedy Agyapong was given control of the Ministry of Transport as a reward.

Ghana Football Association (GFA) boss, Kwesi Nyantakyi, all but says, in the expose, that Kennedy Agyapong pulls strings at the ministry.

“The guy who is there [at the Transport Ministry], Asiamah; that is his [Kennedy Agyapong’s] small boy,” Kwesi Nyantakyi said.

According to him, this was based on information from the Deputy Minister for Roads and Highways, Anthony Karbo.

Kennedy Agyapong’s influence also compelled Kwesi Nyantakyi to list him as one of the people investors need to pay off to dominate Ghana.

In the documentary expose, the GFA Boss is seen telling undercover reporters that Kennedy Agyapong was a loose cannon and a stumbling block to their ambitions.

“There is a man called Kennedy Agyapong. He is an MP. He is one of the biggest financiers of the NPP. He is very loud. He owns OMAN FM and NET2 TV. He is criticising the government, his own government, yes. He wants to control everything.”

“…because of the ways he put into the campaign, nobody can call him to order. They will be begging him when he is insulting them. So Karbo was saying that after the president and the vice president, we should involve him [Kennedy Agyapong],” Kwesi Nyantakyi told the undercover team.

It is unclear if Kennedy Agyapong knew about these claims, but his media tirades against Anas led some to believe he was panicking.

But the MP has been on the warpath against Anas describing him as corrupt and manipulative because of his methods.

Kwesi Nyantakyi was the first person publically implicated ahead of the documentary screening.

He is said to have used the name of the President, the Vice President and other senior officers of the government to collect money and lure supposed foreign investors interested in establishing businesses in Ghana.

President Nana Akufo-Addo filed a complaint at the Criminal Investigations Department (CID) of the Ghana Police Service after a security briefing on the expose.

Anthony Karbo was also caught up in the early fall out when snippets of the documentary’s content started emerging.

The Deputy Minister for Roads and Highways was invited by the CID and interrogated on Monday, May 28, 2018.