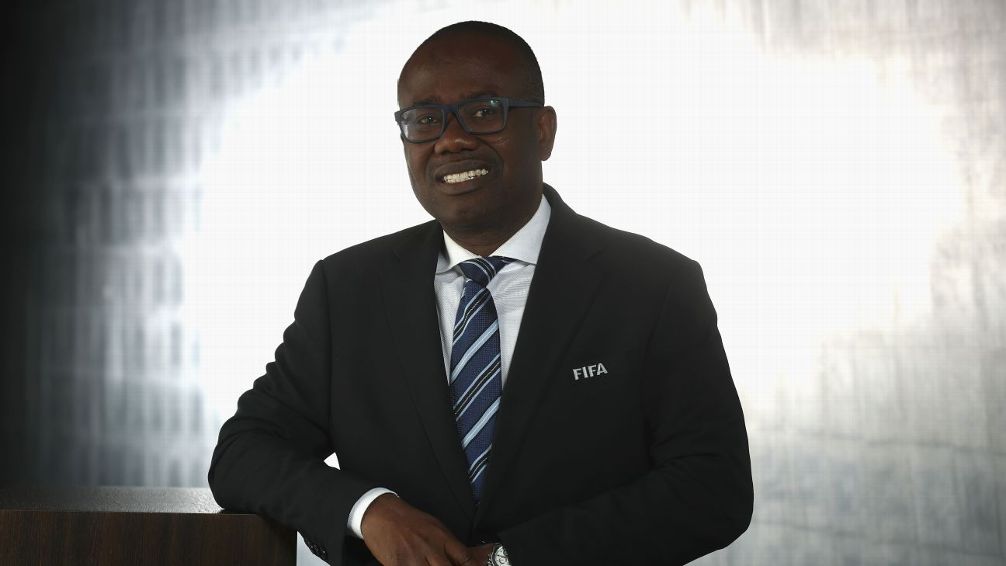 The president of the Ghana Football Association (GFA) Kwesi Nyantakyi, has been banned from all football-related activities for 90 days.

[contextly_sidebar id=”e25DskHxYaQ5V7rIMChDKThYiMwfqQKM”]This is a decision by an independent Ethics Committee of FIFA and comes after the showing of video and audio evidence of allegations of corruption leveled against Mr. Nyantakyi.

A statement from FIFA on Friday said;

The chairperson of the adjudicatory chamber of the Ethics Committee has provisionally banned the President of the Ghana Football Association (GFA) and FIFA Council member, Mr Kwesi Nyantakyi, for a duration of 90 days. The duration of the ban may be extended for an additional period not exceeding 45 days. During this time, Mr Nyantakyi is banned from all football activities at both national and international level (administrative, sports or any other). The ban comes into force immediately.

The decision was taken upon the request of the chairperson of the investigatory chamber of the Ethics Committee carrying out the formal investigation proceedings into Mr Nyantakyi, pursuant to art. 83 par. 1 and art. 84 par. 2 of the FIFA Code of Ethics.

The credibility of the Ghana Football Association, which manages all national football activities in the country has been dented by Anas Aremeyaw Anas’ investigative film which exposes massive rot and corruption in local football.

The piece captured Kwesi Nyantakyi in a compromised position.

The video among other things captured top officials of the football association including its President Kwesi Nyantakyi taking bribes to influence the offer of an invitation of players to the national team, influencing the duration of playing time offered to some players and influencing the selection of unfit players and referees to participate in games.

Following the first screening of the video on Wednesday which attracted more than 3,000 persons, many have begun calling for a complete dissolution of the Ghana Football Association (GFA) and immediate resignation of its embattled president, Kwesi Nyantakyi.

Kwesi Nyantakyi, who is also the first Vice President of the Confederation of African Football (CAF) is yet to comment on the film.

He is already facing investigations from the Criminal Investigations Department of the Ghana Police Service after President Akufo-Addo filed a complaint after watching excerpts of Anas’ video that the embattled FA President was using his name to lure foreign investors.