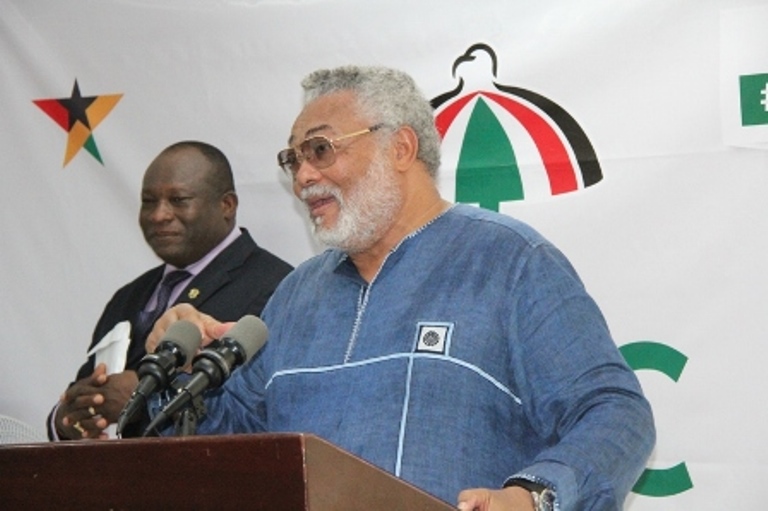 The Founder of the National Democratic Congress (NDC) and leader of the June 4 uprising, Flt Lt Jerry John Rawlings, will deliver the keynote address at a durbar of cadres and activists to climax activities marking the 39th anniversary of the uprising on Monday.

According to a statement issued by the anniversary planning committee, the durbar will take place at the Madina Social Welfare School Park on Monday from 8:00 am.

This year’s celebration is under the theme, “Re-organising towards the core values”.

Activities marking the 39th anniversary included a lecture which was held at the National Theatre on Thursday, May 31, 2018.

Monday’s durbar according to the statement is open to all sympathisers of the June 4 uprising, the 31st December Revolution and members of the public.

Flt Lt Rawlings led a group of junior officers and men of the Ghana Armed Forces in an uprising against the then Supreme Military Council (SMC II) regime led by General F.K. Akuffo.

The move was said to have been motivated by a desire to stem the scourge of corruption that had engulfed the country at all levels leading to a virtual breakdown of the economy.