Sir John gets award for fight against global warming, unemployment 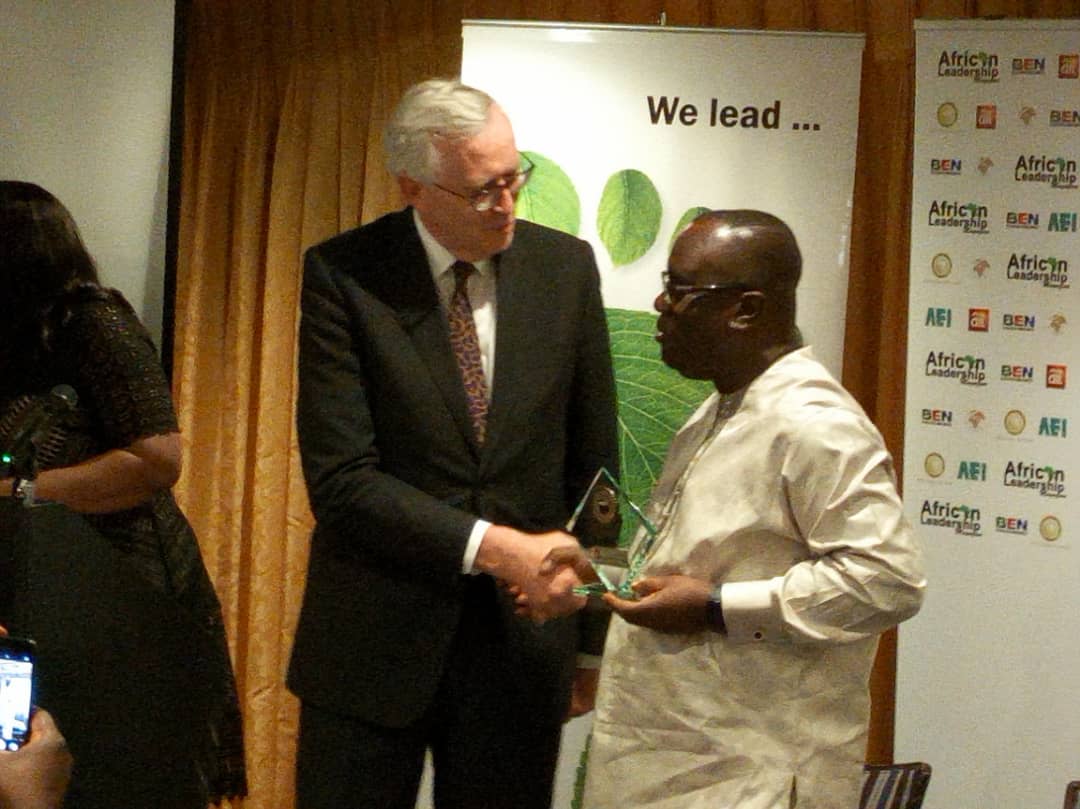 Sir John receiving the award from the CEO of the African Leadership Magazine, Dr. Ken Giami.

The Chief Executive Officer of Ghana’s Forestry Commission, Kwadwo Owusu Afriyie, popularly known as Sir John, has been honoured for his exemplary leadership and innovate ideas that help solve climate change and also the creation of Jobs for young Ghanaians.

Presenting the award to the Mr. Owusu Afriyie, Dr. Ken Giami, publisher and CEO of African Leadership Magazine, noted the creation of over fifteen thousand jobs for primarily persons with no higher form of education, to the reforestation program, which seeks to help fight global warming.

They commended the Forestry Commission in their continuous effort to create the business link between Africa and the United Kingdom.

The Africa Summit, held at the London Hilton, Park Lane, was under the theme “Jobs made in Africa: Creating a world of opportunities for the continent’s young people”.
The gathering aims to help shape discussions on Africa’s entrepreneurship and job prospects for the next ten years, and also expose delegates to bold ideas and initiatives that have worked.

Ministers of state and top business personalities from across the African continent were present.

Other recipients of the Awards included a Presidential Hopeful of Nigeria and Chairman of BenTV UK, Mr. Alistair Soyode, Ms. Leelai Kpukuyou, CEO of Mini Enterprise Inc. Liberia, who contributed immensely to the fight against Ebola in Liberia.
–
By: Kojo Agyeman/citinewsroom.com/Ghana