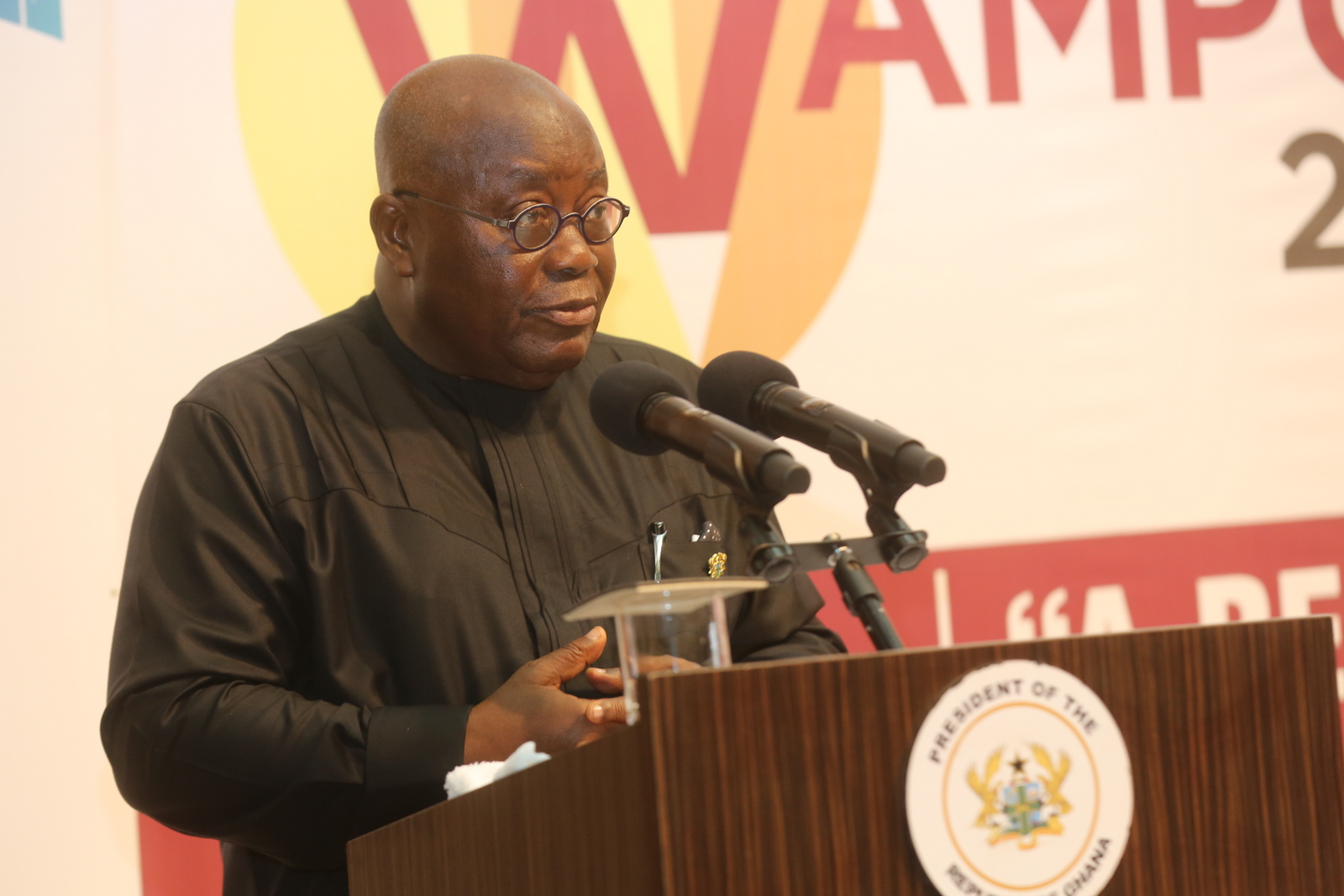 President Akufo Addo has reiterated his pledge that the country’s laws on corruption will be applicable to all citizens irrespective of their political leanings.

According to him, that is the surest way of fighting the canker in Ghana.

[contextly_sidebar id=”8vIsCH8AuhS2PkkVCpWHswL5FcTMlDxg”]Speaking at the end of a two-day conference organized by the African Center for Economic Transformation held in Accra, Nana Akufo Addo said the laws will not discriminate.

Akufo-Addo said he remained committed to fighting corruption in the country, and has taken some firm measures to address the problem.

In August 2017, Nana Addo Dankwa Akufo-Addo gave the security agencies a directive to investigate any official within his administration who will be accused of corruption.

The directive was part of his promise to run an incorruptible government.

President Akufo-Addo also stated that persons who made allegations of corruption against his officials should also be prepared to give evidence when called upon.

Although there have been several allegations of corruption against some of his appointees, none of them have been prosecuted as they have through various committees been cleared of any wrongdoing.

As part of measures to reinforce his commitment to the fight against corruption, Akufo-Addo this year appointed the country’s first ever special prosecutor to look into allegations of corruption.

Mr. Amidu, a man who has earned the nickname ‘Citizen Vigilante’ for his no-nonsense stance and campaign against corruption particularly in the NDC administration, was named by President Akufo-Addo on January 11, 2018.

The appointment of Mr. Amidu, a known member of the opposition NDC who has been very critical of the then John Mahama administration for various corruption scandals, came as a shock to many.

Mr. Amidu was widely commended and celebrated for his fight against corruption, when he single-handedly pursued known NDC businessman Alfred Woyome to the Supreme Court, and secured a ruling for the retrieval of the Ghc51million judgement debt paid to him by the state under the NDC administration.

Africans must have a ‘can-do mindset’ – Bawumia

Africans must have a ‘can-do mindset’ - Bawumia