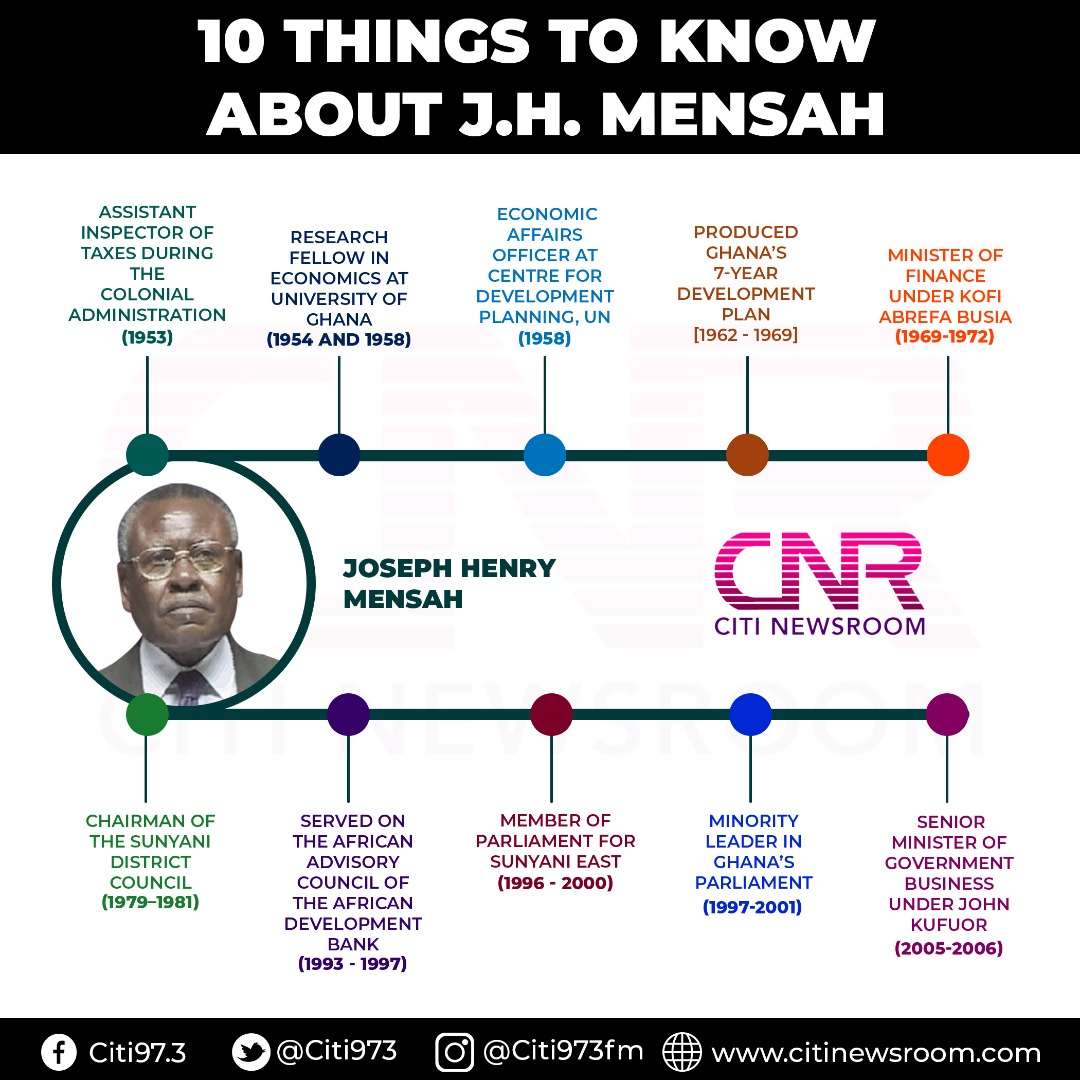 Statesman and member of the governing New Patriotic Party (NPP), J.H. Mensah died on Thursday, July 12, 2018, at the 37 Military Hospital where he had been on admission for the past 12 months.

Tributes have been pouring in for the NPP stalwart who held several positions in public service.

NPP Member of Parliament (MP) for Ayawaso West Wuogon, Emmanuel Agyarko, speaking on Citi TV’s Breakfast Daily described J.H. Mensah, who was once a Minority Leader in Parliament, as a real nationalist.

“And when I was a deputy Majority leader in Parliament, myself, I read some of the things he used to speak about and his lines of argument, and they were of top quality. And there was a distinction in the way he carried himself. So I think that Ghana has lost a great man,” he added.

Below is an Infographic on ten things about J.H. Mensah: