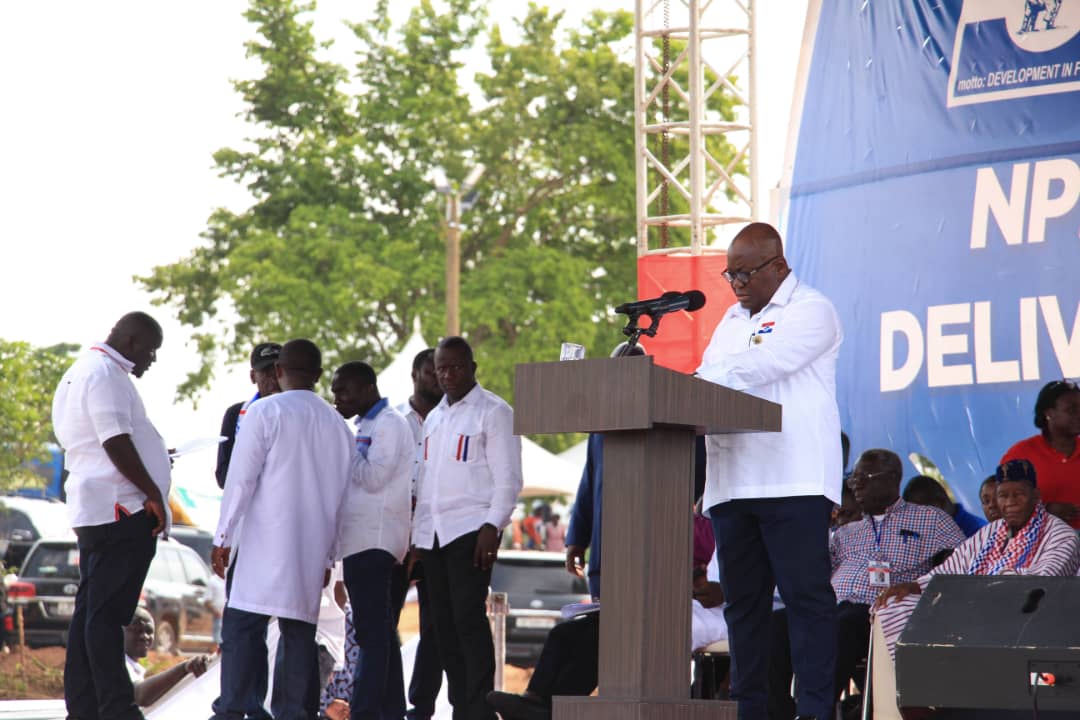 President Akufo-Addo has congratulated the newly elected executives of the New Patriotic Party (NPP) after Saturday’s polls at Koforidua in the Eastern Region.

[contextly_sidebar id=”HGnQyWUke9p8hYVBsuD1JL5cq4jqBI1u”]In a statement copied to citinewsroom.com, Akufo-Addo urged aspirants who failed to secure victory at the just ended delegates conference to rally behind the new leaders to deliver quality leadership for the party.

He said the governing New Patriotic Party (NPP) can win the 2020 polls if they unite behind the new leaders and work together to ensure the party’s vision is achieved.

Akufo-Addo was hopeful that the government would continue to deliver economic prosperity to Ghanaians if it retains power in 2020.

I congratulate warmly the new National Chairman of the New Patriotic Party, Mr. Freddie Worsemawu Blay, Ellembelle Blay, and the other National Officers who were elected at the Party’s National Delegates’ Conference, held in Koforidua, in the Eastern Region, on Saturday, 7th July, 2018.

The Party is to be commended for the efficient and successful manner in which the election of new officers, who are to steer the affairs of the party for the next four years, was conducted. We have shown, once again, that we are the Party that has an abiding faith and belief in multi-party democracy.

I have, on occasion, stated that internal party contests are not about winners and losers. They are about the Party winning. In adhering to the time-honoured tradition, values and principles of the NPP, I urge all to rally in unity behind the new National Officers of our Party, and ensure that we record another famous, historic victory in the 2020 elections, so we can effect the social and economic transformation of our nation that our people require, and, thereby, help deliver progress and prosperity to them.

I thank the officials of the Electoral Commission for their assistance in supervising the election.

May God bless the NPP and us all, and bless our homeland Ghana, and make her great and strong.

At the end of Saturday’s election process which lasted over ten hours, acting Chairman of the party, Freddie Blay was given the nod to continue serving in that position, this time, in a substantive capacity.

Freddie Blay polled 3,021 votes as against his closest contender; Stephen Ntim who had 2,515 votes.

John Boadu was also elected as the NPP’s General Secretary.

He polled 4,277 votes to secure the position while his main challenger, Richard Ahiagbah had 1,274 votes.

The Deputy Executive Director of the National Service Secretariat, Henry Nana Boakye, also known as Nana B, was also elected Youth Organizer of the NPP.

My loyalty to NPP unshaken despite 4th defeat – Stephen Ntim

My loyalty to NPP unshaken despite 4th defeat – Stephen Ntim