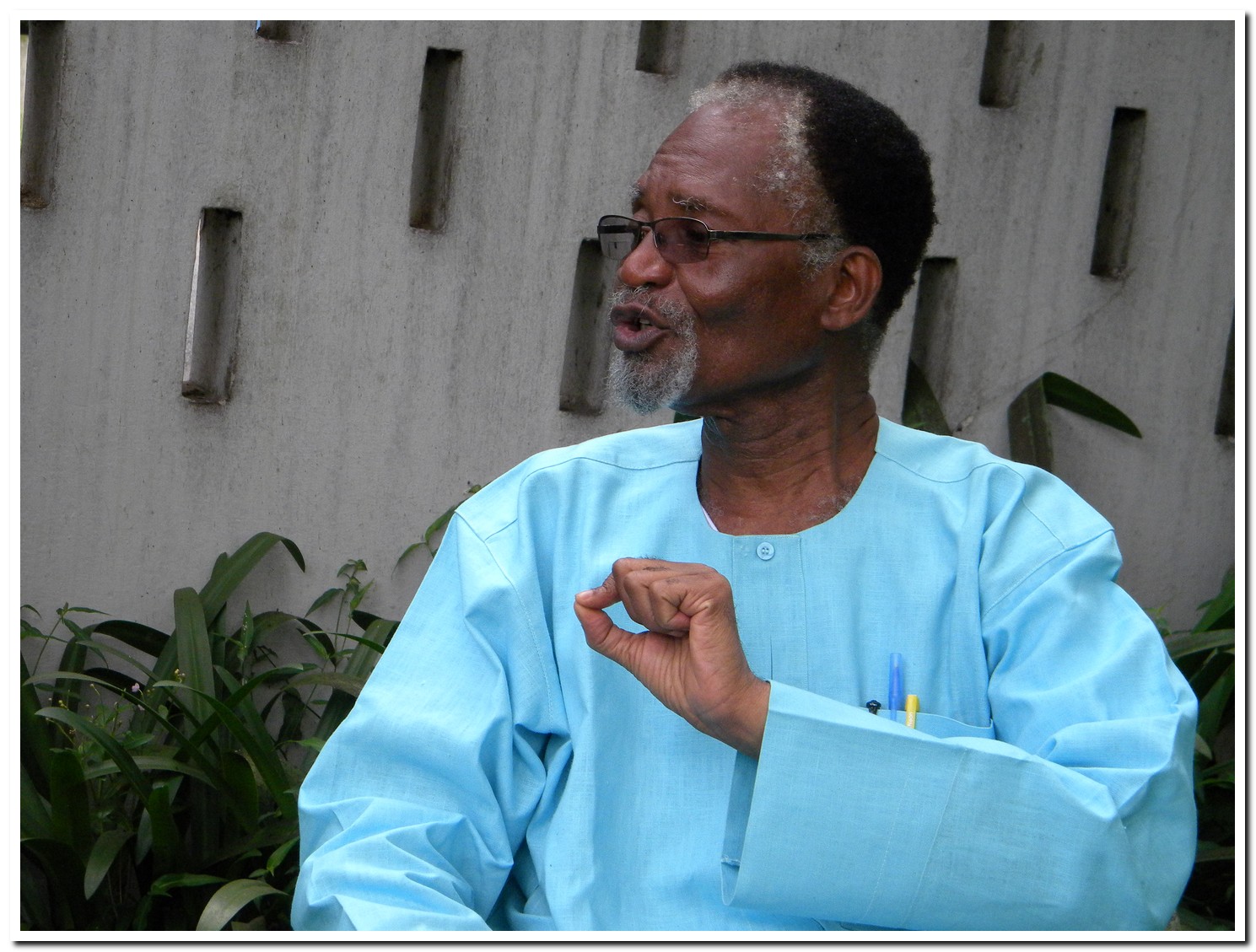 Prof Akilakpa Sawyerr, confirmed the sad news in a statement released on behalf of the Odoi and Okai families on Friday evening.

“The Odoi and Okai families of Asere, Ga Mashie in the Greater Accra Region and the Pan African Writers Association announce with regret the passing of Prof Atukwei Okai, which sad event occurred at the Korle Bu Teaching Hospital today, 13th July 2018 after a short illness,“ the statement said. 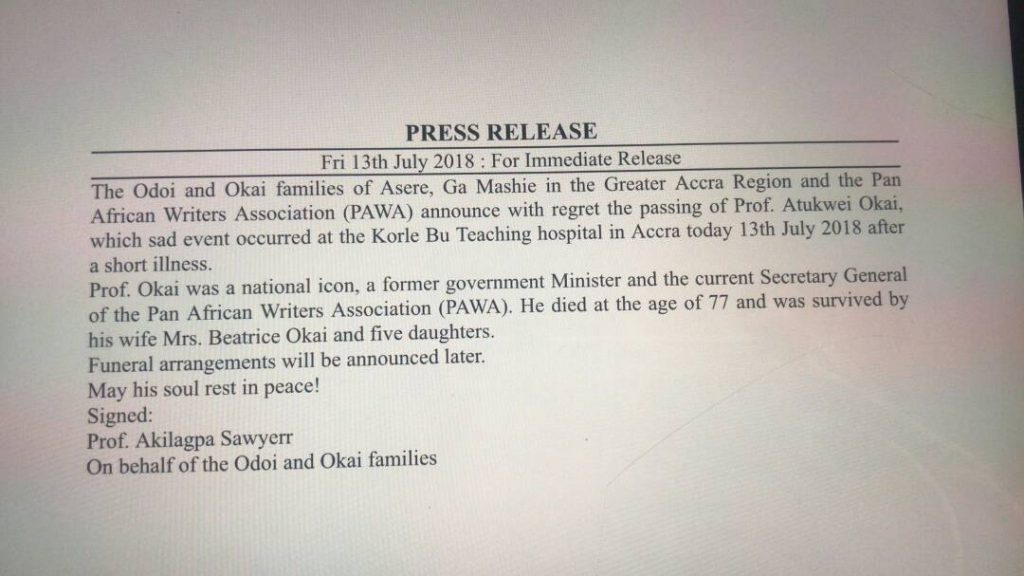 Prof Atukwei Okai was a former President of the Ghana Writers Association and was General-Secretary of the Pan-African Writers’ Association.

Prof Atukwei Okai was born in 1941. In his young days, he published his work under the name John Okai. His work has been described as “politically radical and socially conscious, one of his greatest concerns being Pan-Africanism.“

He earned his M.A (Litt) from the Gorky Literary Institute in 1967. In 1971, he took up a post-graduate scholarship from the University of Ghana to earn his Master of Philosophy (M.Phil) in 1971 from the School of Slavonic and East European Studies in London.

He started lecturing at the University of Ghana in 1971, and became Senior Research Fellow in African Literature at the Institute of African Studies.

He was elected as the first Secretary General of the Pan-African Writers’ Association (PAWA) and held that position till he died.

He was survived by a wife and five daughters.