The Confederation of African Football (CAF) has suspended some eleven (11) referees who were caught on video by undercover investigative journalist, Anas Aremeyaw Anas, allegedly taking monies to fix matches.

Eleven (11) others have also been handed bans ranging from two to ten years.

Other referees have also been banned for life.

Per a statement released by CAF, ten of the affected referees who hail from Ghana have all been suspended “pending their appearance in front of the Disciplinary Board on 5th August 2018.”

For referee Lathbridge, any more punishment from CAF will further compound the misery that has befallen his career.

In March 2018, he was given a lifetime ban by the Ghana Football Association for failing to submit a complete ans accurate match report during the 2017 Ghana Premier League season.

The report was in relation to match involving Elmina Sharks and Bechem United. In the report, he failed to properly report on a booking he had given in the match and that led to some confusion at the end of the season which hampered the start of the 2018 Ghana Premier League season.

CAF in a statement said the decision was taken by its Disciplinary Board after a meeting held on July 7, 2018.

Anas and his Tiger Eye PI team in a two-year investigative piece exposed corruption in African football where some top referees in Africa and other sports officials were caught on video allegedly receiving “bribes” to tamper with outcomes of matches.

The topmost official to have been affected by the video is Ghana’s FA President Kwesi Nyantakyi who has since resigned his position.

He has also lost his position at both Fifa and CAF, as he continues to serve a 90-day ban by Fifa.

Some of the affected officials of the GFA including Mr. Nyantakyi and the FA’s Communications Director, Saanie Daara, are however fighting Anas in court.

Below is the full statement from CAF on the affected referees: 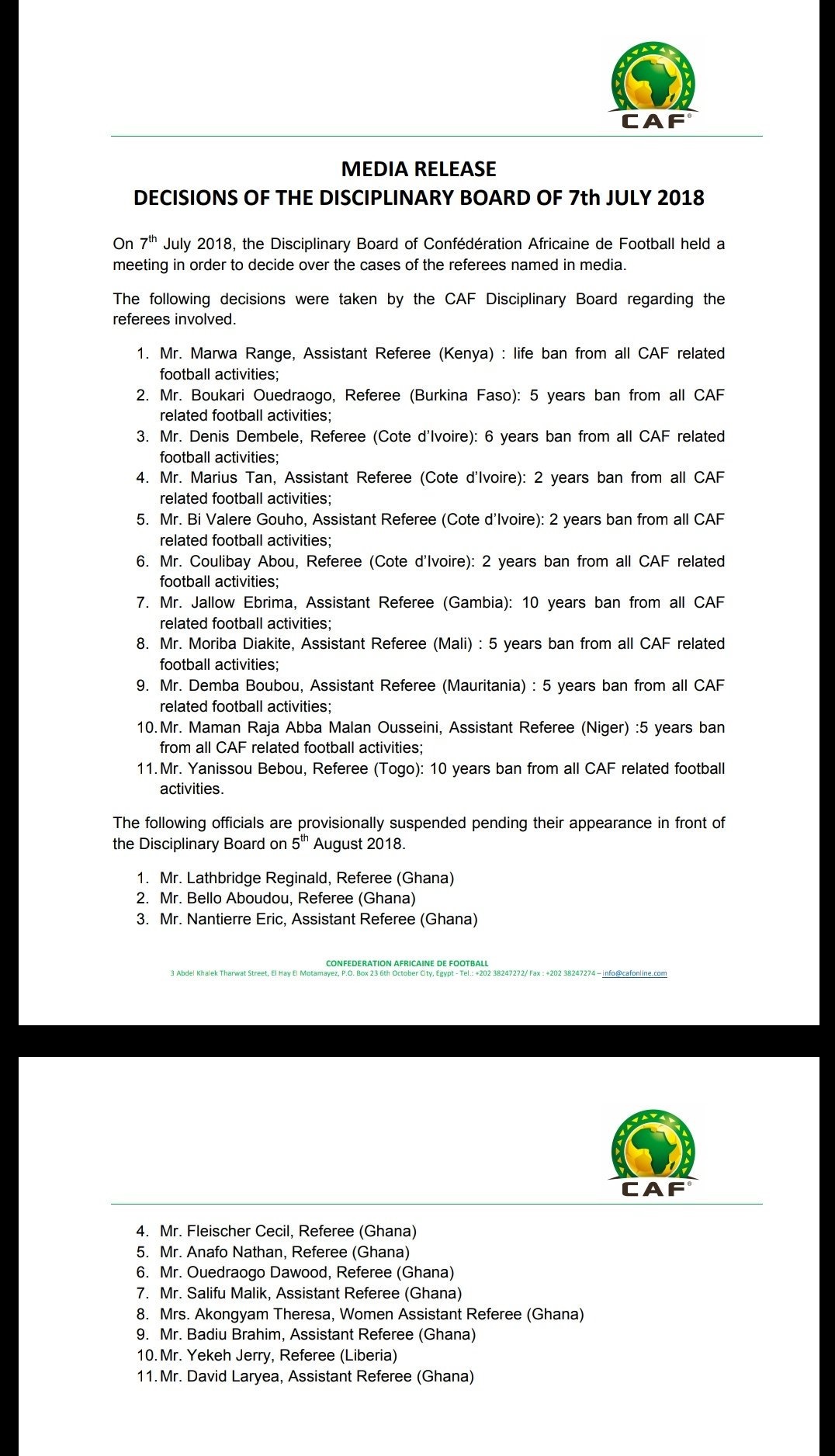 2018 World Cup: Croatia through as hosts Russia pay the penalty