Ghana showed leadership with US military deal – US Ambassador 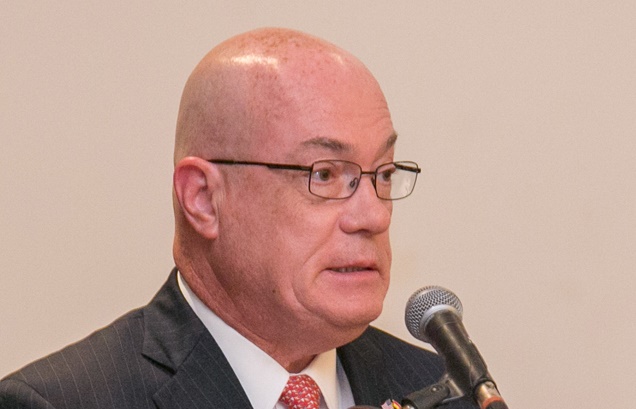 The outgoing United States of America Ambassador to Ghana, Robert Jackson, has again lauded the Akufo-Addo government for its military partnership with the US.

He said the Defense Cooperation Agreement was the right step in a bid for peace and security in the sub-region.

“As I mentioned last year at this time, Ghana demonstrated its military leadership and professionalism by becoming the first African partner nation to train US army forces.”

[contextly_sidebar id=”GI4FXXELpHa5Nb9NO25ZEglaoKCl836B”]”With our new defence cooperation agreement, we will continue to work side by side to address threats to global peace and security,” Mr. Jackson said in his remarks at the US Independence Day celebration in Ghana.

He also thanked Ghana for its hospitality and friendship during his tenure as ambassador.

“As I close my diplomatic career and prepare to become a private citizen, let me affirm what a special privilege it has been for me to represent the United States of America.  I have always believed that my purpose was to make people’s lives better, and that by channeling the resources of the U.S. government, I could help others be healthier, better educated, more prosperous and more secure.”

The Ghana-US defence cooperation became a major subject for public discussion in March 2018 after a document indicating the terms of the agreement leaked into the public domain.

Some Ghanaians expressed discontent with clauses in the agreement, which included the government making available its vital installations to US troops, tax exemptions to US troops and their equipment, free access to the country’s radio spectrum and no prosecution of troops should they commit an offence while in the country.

The pact, which has sparked widespread controversy, was approved without the Minority in Parliament who were opposed to it.

The government consistently explained that it was only respecting the existing Status of Forces Agreement with the US signed since 1998 and reviewed in 2015, under the previous NDC administration.

The US Embassy in Ghana also explained that it was only planning joint security exercises with Ghana, which will require that US military personnel are allowed access to Ghana’s military facilities, and that they are not building an army base.

But the NDC Minority downplayed the argument saying the agreement as it exists in the past, did not have the same clauses as the current one that gave the US unlimited access to Ghana’s military facilities.

MFWA's Sulemana writes: Why Anas' Number 12 is not a journalistic piece