Lessons from Agbogbloshie: Burning of e-waste a critical concern [Article] 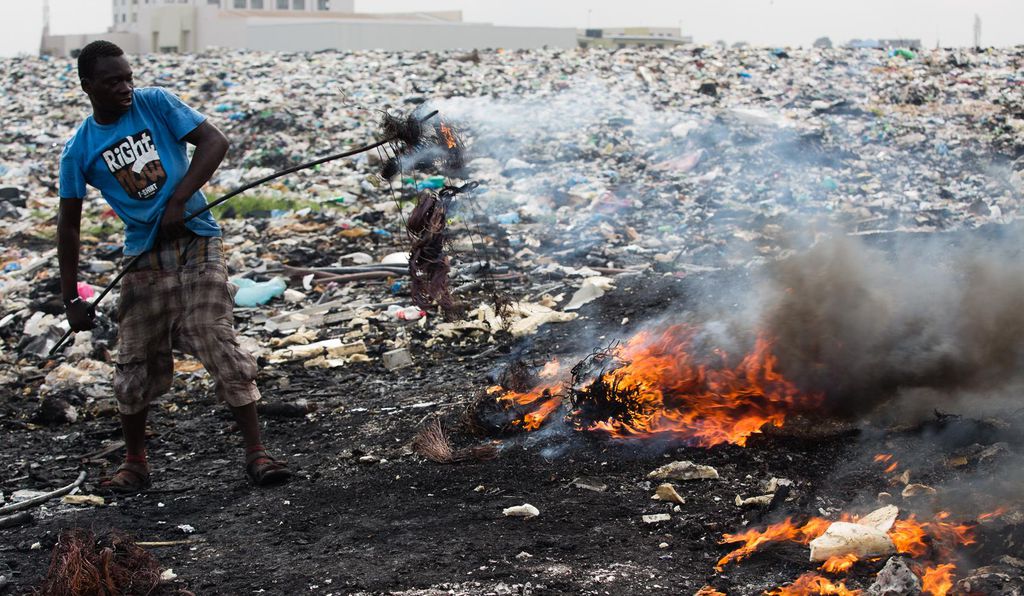 In America, it is a daily commonality to hear of environmental concerns.

According to Pew Research Center, 74% Americans believe that the government should do anything they can to protect the environment. This number differs from the reality of the situation.

Caring for the environment in America takes effort that many Americans are unwilling to give.

Coming to Ghana, it was quite surprising to see the state of the environment, as many westerners view Africa as a type of natural promised land. This inaccurate portrayal of Africa is due to Western media’s stereotyping of the continent as a whole.

In reality, reported by The Blacksmith Institute, Agbogbloshie, Ghana, is the most toxic place in the world, in front of Chernobyl, Ukraine, which has been uninhabited since the time of a nuclear explosion in 1986.

Reports indicate that every time the issue of smog is brought up, it is quickly shot down with the claim that “Ghanaians have bigger things to worry about.”

With about 70% of Ghanaians without potable water, this is a valid statement.

However, after seeing many male enhancement advertisements around Greater Accra and surrounding areas, it would seem that if Ghanaians can care about enhancements for male sexual performance and erectile dysfunction aids, they can care about the substantial ramifications of burning electronic waste [e-waste].

Before getting into the environmental implications of burning e-waste, here are just some of the health risks associated with these emissions.

According to Andrea Thompson from the Scientific American, there are many health implications that the masses don’t realize.

The burning of e-waste is associated with lung and neurological diseases as well as many types of cancer.

According to the World’s Worst 2013: The Top Ten Toxic Threats 23% of human death in developing countries are attributed to the burning of toxic waste.

This trash often contains plastic, lead, electronics and everything in between.

The burning of these materials result in the production of carbon dioxide, mercury and polycyclic aromatic hydrocarbons.

It is said in a research study conducted by Wiedinmyer, a scientist at the Atmospheric Chemistry Observations & Modeling Laboratory of NCAR, that 40-50% of trash is made up of carbon. 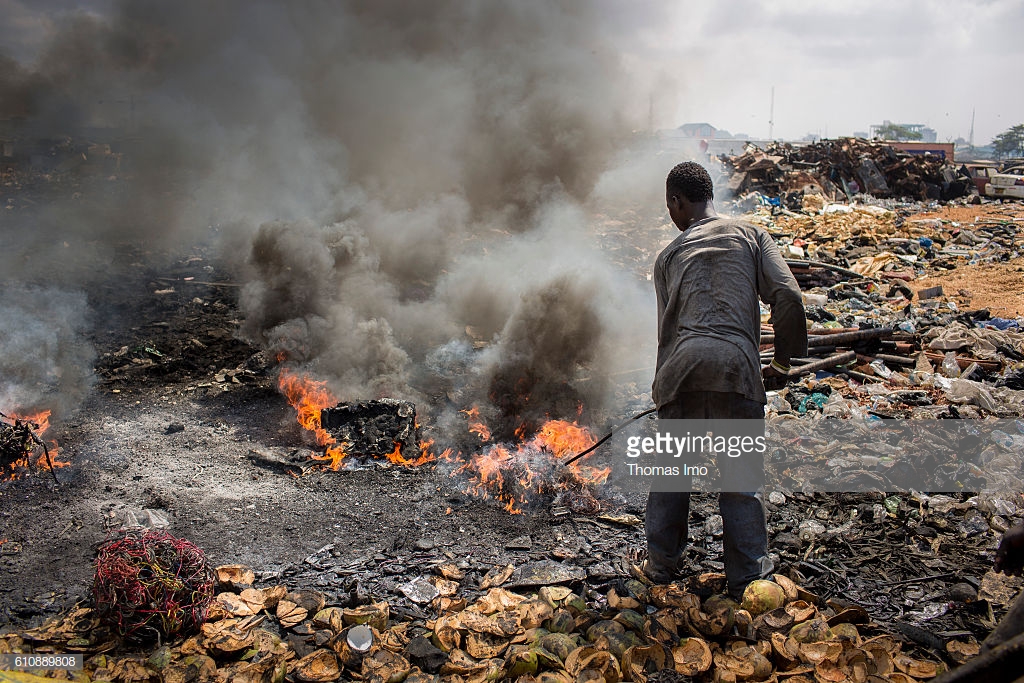 Why do all these confusing scientific statistics matter?

If 40-50% of electronic trash is made up of carbon that means that the emissions will primarily be carbon.

When just 5% of the worlds global carbon dioxide emissions come from power plants, and when 40-50% of the world’s trash is being burned, the relevance of burning trash becomes much more stark in comparison with what we usually hear as the primary perpetrators of climate change.

These perp’s are most commonly known as the overconsumption of fuel, energy and plastic.

If the startling health effects like cancer and neurological problems weren’t enough, the effects of trash fires have just as harmful of an effect on the environment as they do on humans.

With so many issues to worry about, it is hard to find the time and energy to put into new ones like the environment, which takes conscious time and effort to fix.

But since maintaining an erection often promotes the growth of the human population, protecting the environment for future generations is just the right thing to do.