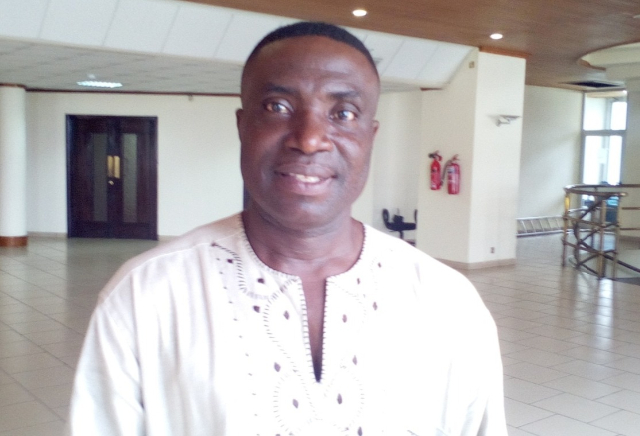 The Chairman of Parliament’s sub-committee on Sports, Alex Kofi Agyekum, has accused the Minority of double standards, following demands by some of its members for the publication of the report on the Australian visa scandal during the Commonwealth Games.

The Minority’s demand followed the exoneration of Deputy Minister of Sports, Pius Hadzide of any wrongdoing in the scandal.

[contextly_sidebar id=”aCb0Lgm3mpRAMJBTU5NdiQSPa1hz2XK8″]The Member of Parliament for Kumbungu Constituency, Ras Mubarak who made the request, had argued that the reinstatement is not enough proof that there was no wrongdoing.

Speaking to Citi News, Mr. Agyekum described the call by the Minority as insincere.

“What I am trying to emphasize is that the impression must not be created in this country that anybody who an allegation is leveled against, depending on where the scale is tilting the public must convict that one by hook or crook. That should not be our principle.

Ghana was embarrassed across the world when it emerged that the government had supported about 60 Ghanaians to go to games under the pretext of being journalists.

Many were said to lack basic journalistic tools like smartphones, recorders or cameras and had no idea about the sporting disciplines they were there to cover.

The 60 persons were arrested and later deported to Ghana.

The government after several criticisms referred the case to the National Security for investigations.

The government in April suspended the Deputy Youth and Sports Minister, Pius Enam Hadzide over the matter since it was reported that he had direct oversight over the process of the issuance of the visas, but President Akufo-Addo on Monday reinstated Pius Hadzide indicating that investigations reveal he was not guilty.

However, Ras Mubarak said there appears to be an attempt by the government to free guilty persons by hiding the report.

“In this particular issue, we believe that there are incidences of whitewashing of the investigation that is why we have indicated that the presidency has to make public the findings of the committee. This is one particular incident that brought unto our nation, unto all of us, monumental levels of embarrassment. We were all embarrassed by the fact that people who were not sportsmen and women ended up in Australia and this was read all over the world” he said.

He told Richard Sky on Eyewitness News that “we believe that it could not have happened without any form of collusion.  We want that finding to be made public so that Ghanaians can read and analyze the findings and find out whether or not there was any collusion… In any serious country, this should have resulted in the resignation of the sector minister himself.”

Ras Mubarak further indicated that a motion or question would be filed on the floor of Parliament to press home his demand.