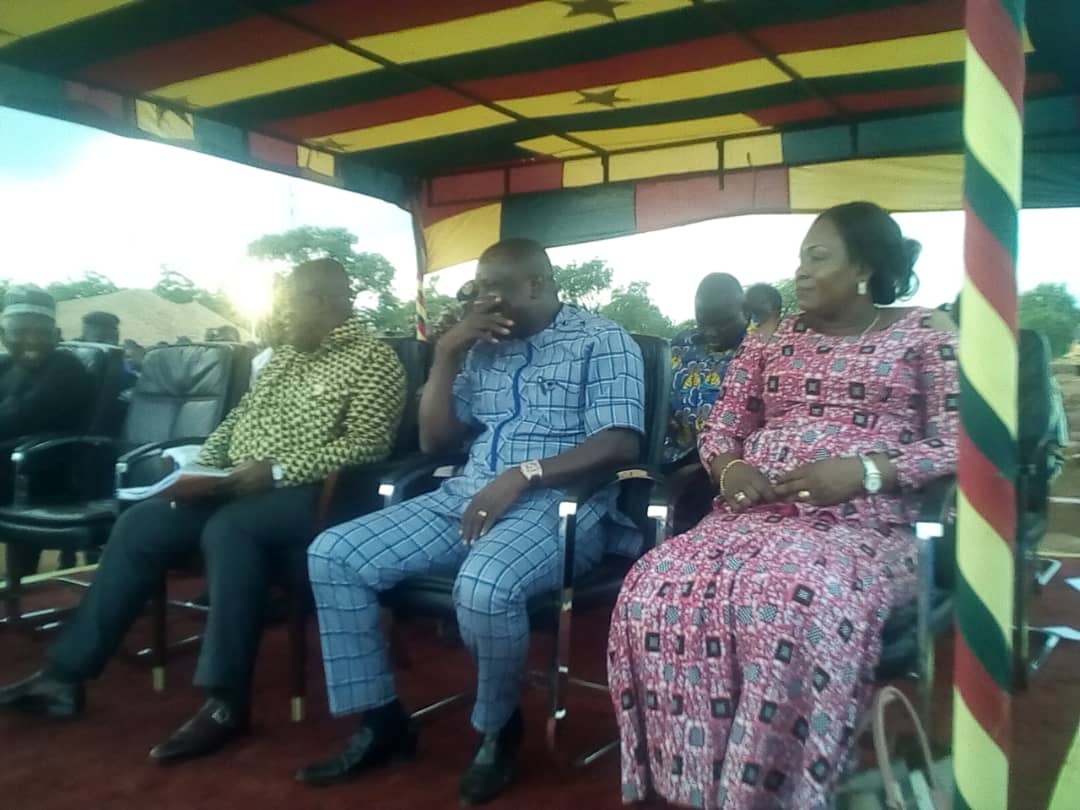 President Nana Addo Dankwa Akufo-Addo has cut sod for the construction of an ultra-modern district hospital in the Tolon district of the Northern Region.

He urged the contractor, Vamed Engineering Limited to complete the project on schedule.

[contextly_sidebar id=”e7xCiYC8ATLrgrSqnipr7jT66bgsVlgQ”]He assured the chiefs and people of the Tolon Traditional area of massive infrastructure development.

The President commended residents of the area for  coexisting peacefully.

“You’ve made a commitment about the need for peace and how you and your chiefs in the district are in full support for peace. It is a very good news for me to hear that all of us are looking forward eagerly to the day when the crisis in Dagbon would become a thing of the past.”

He said the district will benefit from a US$150million loan from the Exim Bank of India meant for the establishment of agriculture mechanization service centres across the country.

According to President Nana Addo, major roads in the Tolon district have been earmarked for construction as captured in the enhancement projects of the Ministry of Roads and Highways.

He bemoaned infrastructure deficit at the Tolon Senior High School and called for government’s immediate attention.

“Endeavor to provide a dining hall for the Tolon Senior High School so as to alleviate the plight of students constantly sitting under trees and classrooms to eat during breakfast, lunch and dinner.”

President Nana Addo Dankwa Akufo-Addo in the Savelugu Municipality cut sod for the construction of an integrated poverty eradication project at Botingli.

Known as the “Integrated Agriculture With Renewable Energy for Poverty Eradication” project, it is a private sector initiative by Hi-Limit Group. 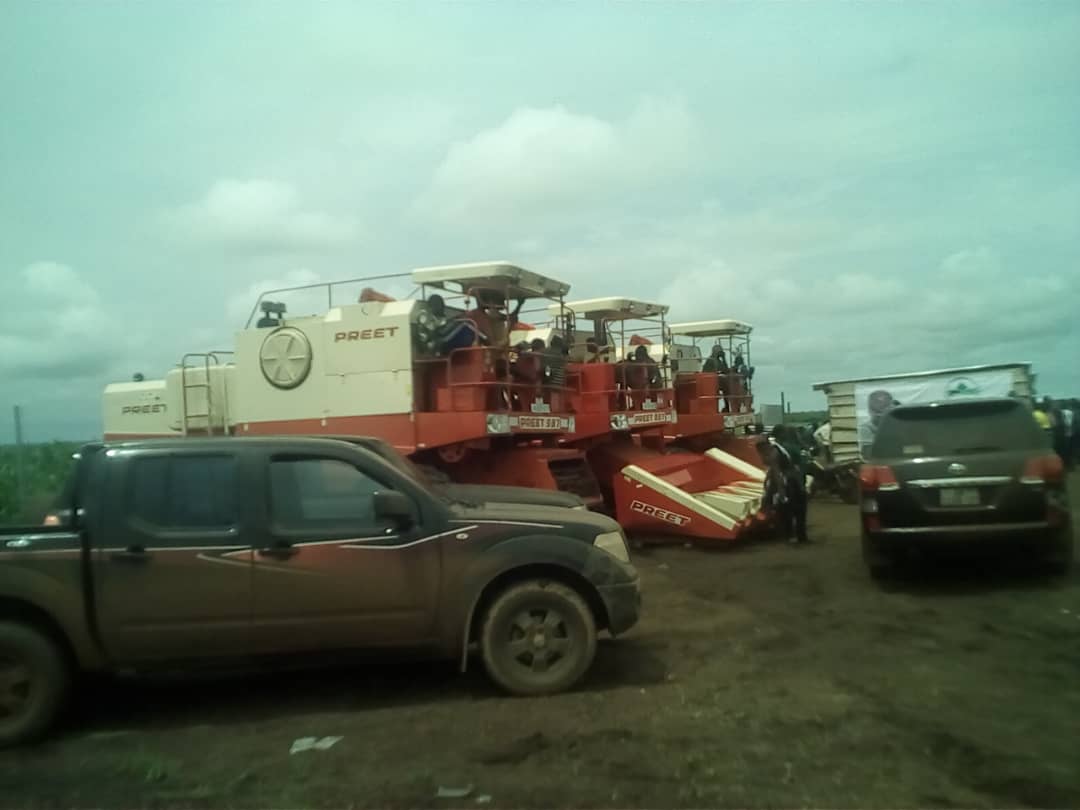 The project comprises an irrigation dam, biogas processing plant and a dairy farm with about 3,600 cattle.

President Akufo Addo commended the company’s management and anticipated that the project will strengthen government’s poverty eradication strategy in Botingli and other adjoining communities in the Savelugu Municipality.

The Director of Hi-Limit Group, Emmanuel Larbi, said the project being replicated in the Upper East and Upper West Regions are scheduled to be completed by November 2022. 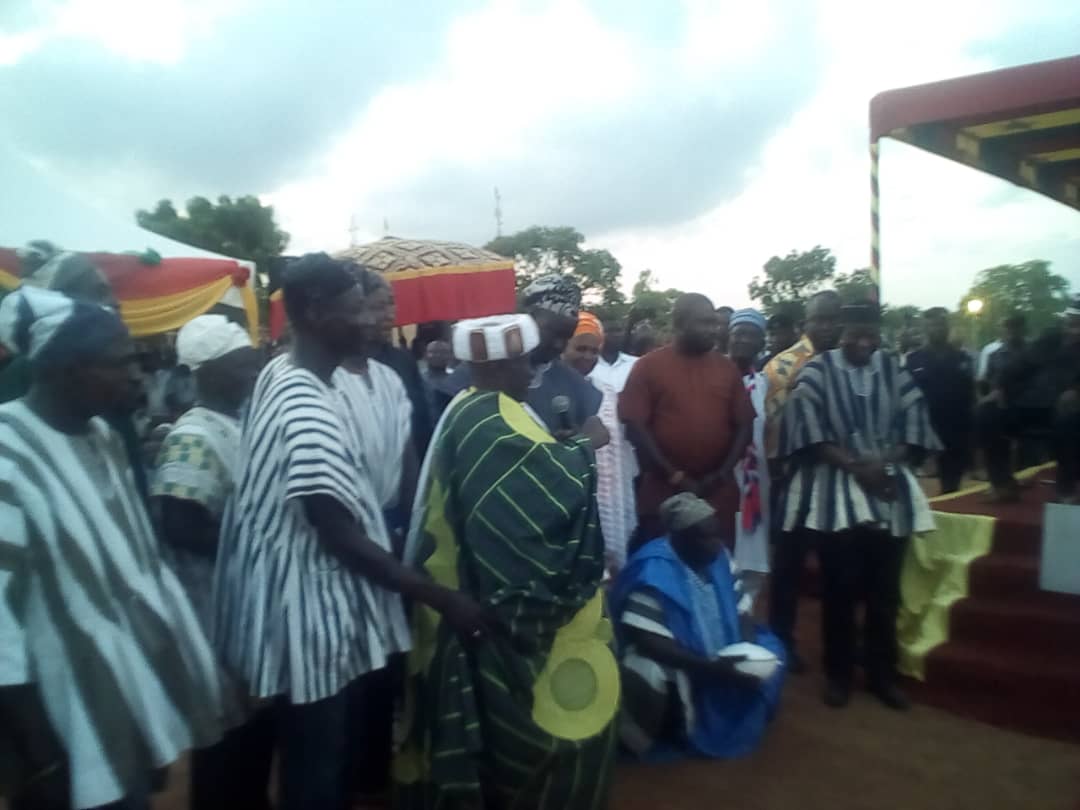 He explained that, “Excreta from cattle of the dairy farm would be used to generate power that would enable irrigation machines to pump water from the dam to water crops and also provide electricity to communities around the project site.”

Mr. Larbi commended President Akufo-Addo for the One-village One-dam as well as the Planting for Food and Jobs initiatives.

In a related development, the President visited a 5,000 acre maize and soya bean farm cultivated by Samak Agribusiness Limited in the Karaga District.

Addressing the farm Managers and farmers, he promised them of government’s support.

He emphasized peaceful coexistence in Karaga to attract investors.

President Akufo-Addo is on a three-day working visit to the three regions of the north.

In the Northern Region, he has so far visited Bunkpurugu, Nalerigu, Karaga, Botingli, Tolon and Sagnarigu where he addressed Durbars.

As part of activities lined up for the climax of his tour, the president will inaugurate a motorbike assembling plant at Lamashegu in Tamale and proceed to Buipe, the district capital of Central Gonja, where he will cut sod for the construction of an 80-bed capacity hospital.

The President will round up his visit to the region at Damongo in the West Gonja District where he will address a Durbar of chiefs and people of Gonjaland.