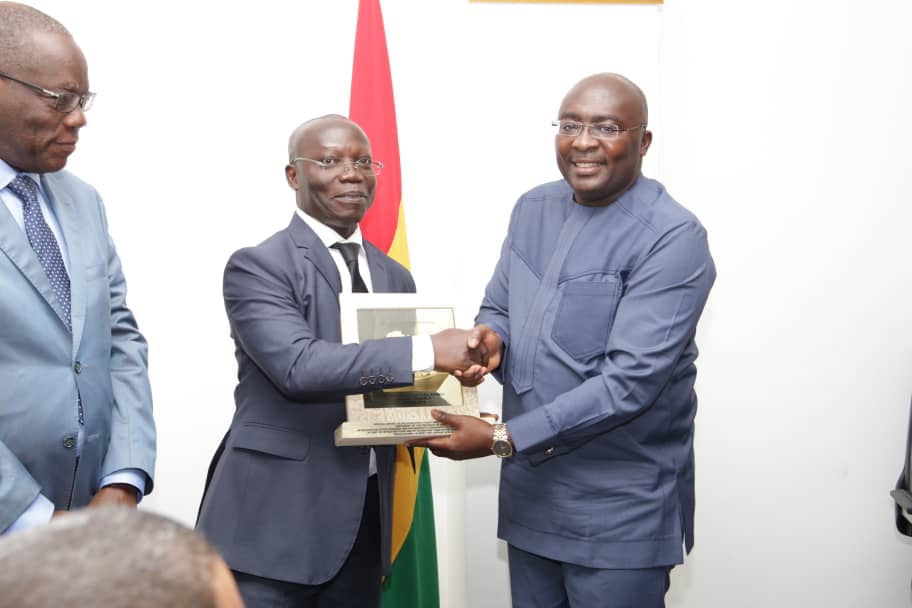 President Nana Addo Dankwa Akufo-Addo has been honoured for his “personal and government’s commitment” to modernizing Ghana’s ports, which has positioned the country as the preferred maritime trade gateway to West and Central Africa.

The special award was conferred on President Akufo-Addo by the African Port Award (APA) Foundation in Accra on 31st July, 2018 at the ongoing 39th Council & Conference of Ports Management Association of West and Central Africa (PMAWCA) in Accra.

[contextly_sidebar id=”u5RsOyyOUfQeA1OcyM1OgWSxX5Vp03Kf”]The conference is being attended by Directors of ports in 15 West and Central African countries as well as representatives from the International Maritime Organisation (IMO), and other key stakeholders in the management of ports.

A citation accompanying the award, read: “Special Award to His Excellency Nana Addo Dankwa Akufo-Addo, President of the Republic of Ghana, in recognition of his personal and government’s commitment to modernizing Ghana’s ports in terms of infrastructure and ICT to position them as the preferred maritime trade gateway to West and Central Africa.”

In brief remarks, the President of the Foundation, Guy Manouan, praised President Akufo-Addo for the “quality work” being undertaken at the ports, which have made them more attractive for maritime trade.

“On behalf of the APA Foundation, I would like to express our gratitude to your Excellency for all the quality work being achieved for the ports of Ghana to raise their performances at the highest levels.”

Ghana’s ports have undergone major reforms in the 18-month tenure of the Nana Akufo-Addo government, including the implementation of a paperless clearing process and a drastic reduction in the number of regulatory agencies undertaking inspections from 16 to 3, dramatically improving the turnaround time for clearing of goods, reducing cost and bringing about greater efficiency.