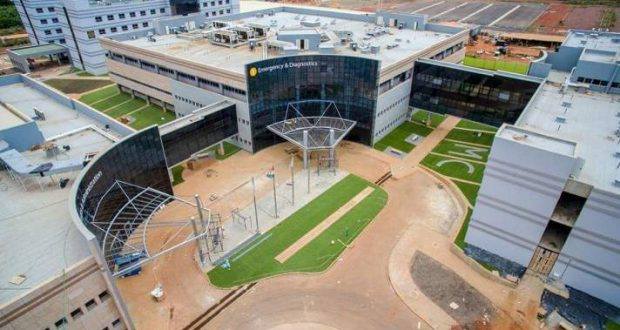 Parliament has approved a 47 million Euro loan for the completion of phase two of the University of Ghana Medical Centre (UGMC).

Phase two of the project will equip the hospital with facilities such as a VIP maternity and private floor, Cardio-vascular and Open heart surgery unit and a neurosurgery unit.

[contextly_sidebar id=”xLgqg3s8tVpYUYM5LLB28OutKuoYNjMs”]The UGMC has been the subject of national discussion following its non-operationalisation for more than a year after Phase I was completed.

Contributing to the motion on the loan, Minority member of the Finance Committee and MP for Ho Central, Benjamin Kpodo said government should make the centre run and pay for part of the loan since it has immense potential to generate its own revenue.

“We think that there should be an on-lending agreement for a question of the loan. We have done it  in the past. For instance the Kumasi-Kejetia market project. Part of it has been on-lend while the rest will be paid for by the government so I think that we should consider on-lending part of the facility to the medical centre so that there will be accountability.”

“There will be an ex-crow as my colleague has said earlier where some of the revenues will be lodged into but if all the amounts are paid into the consolidated fund without the control of the medical centre, it is possible that it will also suffer from capping of the internally generated funds and it will become very difficult for the hospital to function.

But the Chairman of Health Committee of Parliament, Dr Kwabena Twum Nuamah, believes the revenue generated from the hospital  must rather go into properly maintaining the facility so as to boost its operations.

“As part of the phase two, one of the major strategies in there is to equip these facilities with income generating components so that they will be able to make enough revenue  to maintain and sustain these state of the art equipment to make them functional all the time.”

A few weeks ago, some Ghanaians signed an online petition as part of a social media campaign to push the government to operationalise the 597-bed capacity University of Ghana Medical Center (UGMC).

The campaign was led by Reginald who argued that the hospital cannot continue to be ‘worshipped’ when the country’s health system is facing many challenges.

Over 500 days after former President John Mahama commissioned the first phase of the University of Ghana Medical Center (UGMC), the government is yet to open the facility to the public, citing technical reasons.

Citi News gathered that the facility which was scheduled to open in November 2017, was kept locked to the public due to a tussle between the Minister of Health and the University of Ghana over who manages the $217 million facility.

The government however announced the opening date after persistent outrage over the abandonment of the centre.

A few days ago, the Ministries of Information and Health, together with the Interim Management Committee of the University of Ghana Medical Centre,indicated that all is set for the facility to begin operations on July 18, 2018.