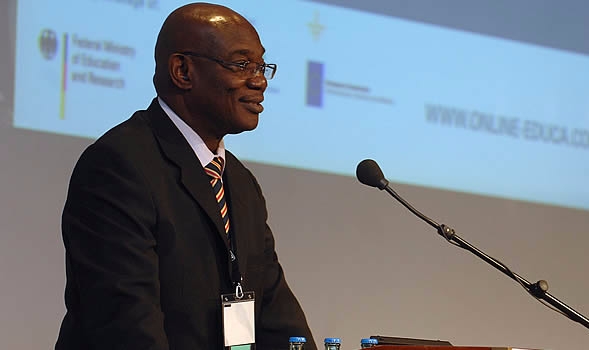 Following reports that some students who qualify for Senior High School are turned away due to lack of adequate infrastructure, renowned educationist and former Vice-Chancellor of the University of Education, Winneba, Professor Jophus Anamuah-Mensah, has suggested what he described as a “multi-track calendar system” to help rectify the problem.

According to him, the multi-track system means that the number of prospective students would be enrolled within two separate entries.

He said for this to be possible, the three-term academic calendar system for Senior High Schools could be reduced to two semesters just like in the universities.

[contextly_sidebar id=”InmYnjlqH38rVT7RTq79JE3nHFo6OlN2″]“We are proposing what we call the multi-track calendar system which allows you to double your intake,” he said on the Citi Breakfast Show on Wednesday.

Reports show that out of the over 500,000 students who graduate from Junior High School in Ghana, not all of them are able to go to SHS not only due to failure, but also as a result of inadequate space at the secondary school level.

Some analysts within the educational sector have however proposed the strengthening of vocational and technical educational institutions to absorb those who do not make it to SHS.

Throwing more light on his “multi-track calendar system,” Prof. Anamuah-Mensah clarified that assuming 1,500 students are to be enrolled at the SHS level, the number could be divided into two, for instance, 750 by 750 and absorbed in batches.

“So the 750, instead of having 1,500 students in a class now you have 750. This is 750 in track one. Then in the other track, you will have 750. So you are reducing the class sizes, you are also ensuring equity and inclusion of all those who qualify to go to school are in school.”

“Once you have that, then they can then be managed in such a way that there is no overlap. While one track is on holiday, maybe in September…then the other track can be in school. Their vacations will not coincide with each other,” he told Bernard Avle on the Citi Breakfast Show.

Prof. Anamuah-Mensah said, for his idea to be successful, additional teachers would have to be employed to cater for each set of students.

“We have to employ more teachers because we can’t use the same teachers. So you need to have a different set of teachers for each track. So while one set of teachers are on holidays, the other set could be in school teaching. And this system will also provide opportunity for continuous professional development of the teacher. This provides an opportunity that will be mandatory for the schools to organize mandatory professional courses for their teachers on new ways of doing things,” he added.

A brief on Prof. Anamuah-Mensah

Prof. Anumuah-Mensah is a celebrated educationist whose ideas have shaped some of the current educational system in Ghana.

The most famous of his ideas is the Anamuah-Mensah report which among other things recommended a four-year education system for secondary school in Ghana.

Although the idea was initiated during former President John Agyekum Kufuor’s administration, it has since been shelved due to political interference.

Click below to listen to the full interview on the Citi Breakfast Show: