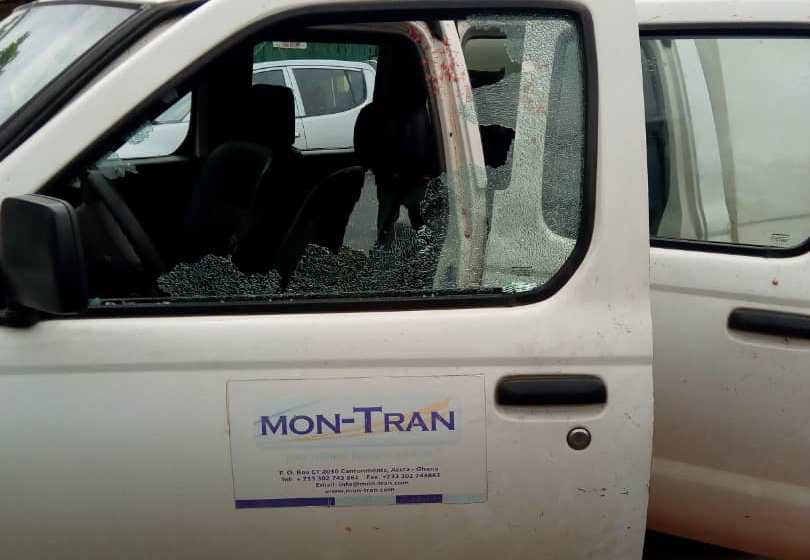 The family of Kojo Nkrumah, the bullion van driver who was accidentally shot and killed by a police officer at Odumase on Saturday are demanding quick investigations into the incident.

“In this country, we know investigations take a very long time but with this one we are pleading with the police to fast track their investigations and furnish us with the details as soon as possible for the family to know the next line of action to be taken,” the Chief of Supresu and an uncle of the deceased, Nana Addo Kwata Titriku I, said.

[contextly_sidebar id=”Gv06NsrgmvwJEGz54EyPgY4UBMHxNcNg”]”We have been trying to find answers but when we asked his colleagues at work how many people were in the vehicle with him when the incident occurred they were not able to tell us anything so we want the police to up their game and go into the incident to the last end so we can get what actually happened on that day.”

The family is yet to officially identify the deceased after only seeing photos circulating on social media.

It has however sent a delegation comprising some family members and officers from the regional police command to Odumase to bring the corpse to the Koforidua central hospital for confirmation.

Constable Amidu Osman, who was escorting the van from Akosombo to Koforidua is alleged to have mistakenly shot and killed the driver in an attempt to disperse an agitated crowd of mourners.

The incident happened at Odumase Manya Kpongnor in the Lower Manya Krobo Municipality on Saturday.

Police commenced investigations into the death of the driver that day.

The family of the deceased is awaiting the conclusion of the investigations before deciding on its next course of action.

Nana Addo Kwata Titriku I said, “the outcome of the investigations will determine whether we will be seeking a court action or not.”

Abigail Annor, who has been widowed by Kojo Nkrumah’s demise is yet to break the news of the death to her kids.

“I am just hoping someone will tell me that my husband is still alive and that it was just a mistaken identity, I have been trying to hold on ever since the news broke about the incident. The boys keep asking me about the whereabouts of their father which has not been easy for me”.

“I want the police to reflect and go every length in this matter to unravel the mystery behind my husband’s death because this is very painful for me.”

The Mon-Tran Limited office in Koforidua is also mourning the passing of its staff.

A red piece of cloth was strapped at the entrance with staff also wearing a piece of it tied to their arms and on company vehicles signifying their loss.