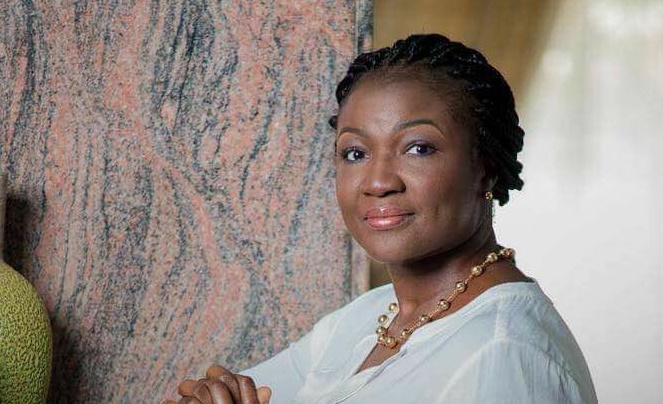 A former Transport Minister Joyce Bawa Mogtari has criticized the Akufo-Addo government for playing politics with the new Terminal 3 project at the Kotoka International Airport.

In a statement, Madam Mogtari, who also speaks for the former President, said the New Patriotic Party government is exhibiting a “morbid fear ” to acknowledge the actual source of the project.

[contextly_sidebar id=”C4HzfTVgXbqjrOa6LoWbXSIHoqy40oAV”]She said the handling of the new terminal resembled that of the 650-bed University of Ghana Medical Centre project.

Ahead of the inauguration of the terminal for use, Madam Mogtari said “the government of Nana Akufo-Addo has begun rather sadly, an unfortunate attempt to rundown the project and spread false claims against the initiator of the project, John Mahama.”

She has been upset by what she calls “agents of the government” who are “busy spreading false information that the project cost was high, and could have been done for less.”

Madam Mogtari further argued that such claims were flawed.

“For example, in throwing the figures around, they will never tell you that the new terminal, now referred to by some as the Mahama Terminal, was funded with a syndicated loan facility, secured solely on the books of the Ghana Airport Company Limited, which will be responsible for repaying the facility and not central government,” she explained.

She also noted that the loan facility was syndicated by a consortium of financial institutions and due diligence was carried out by all the stakeholders before the agreement and award of the contract.

Ghanaians, not only the traveling public, who have seen photos and videos or gone past the new terminal building at the Kotoka International Airport continue to celebrate the completion of yet another major infrastructural facility.

For a very long time, the business community and particularly travellers were calling for the upgrading of facilities at the country’s international airport.

These improvements in line with a national vision promoted by former President John Dramani Mahama and implemented by the Ministry of Transport have ensured an enhancement of the passenger experience of travellers.

The ongoing modernisation effort is what has also culminated today in the completed Terminal 3 building at the Kotoka International Airport.

For aviation watchers, this is a major infrastructural addition for a country that has been working to develop the Accra airport into a hub for the sub-region.

As we get ready for its eventual inauguration in October and the facility inaugurated for use, the government of Nana Akufo-Addo has begun, rather sadly, an unfortunate attempt to rundown the project and spread false claims against the initiator of the project, John Mahama.

One would have expected this government to commend the NDC administration of President Mahama for its vision and foresight, for actualising what would have probably remained a dream for many more years.

But just as they have been doing since assuming office in January 2017, the Nana Akufo-Addo government is rather talking down Mr. Mahama’s established legacy again, ahead of the project’s inauguration.

Yes, it has become fashionable and it is gradually defining the character of this government not to celebrate the successful completion of projects, the benefits to the people, its enormous impact on job creation and other business opportunities, but rather disseminate false information about the actual cost of the project.

Today, agents of the government, while preparing to celebrate the success of the Terminal 3 project are busy spreading false information that the project cost was high, and could have been done for less. They do this without explaining the various components of the project, and how it was funded.

For example, in throwing the figures around, they will never tell you that the new terminal, now referred to by some as the Mahama Terminal, was funded with a syndicated loan facility, secured solely on the books of the Ghana Airport Company Limited, which will be responsible for repaying the facility and not central government.

For a facility that was syndicated by a consortium of financial institutions, off course, a thorough Value for Money audit and due diligence was carried out by all the stakeholders before the Agreement and award of Contract.

As a former Deputy Transport Minister, may I also indicate how Ghanaians have increasingly come to realise the government’s refusal to acknowledge the work of the former NDC Administration of John Mahama.

The situation with the Mahama Terminal is no different from the sensitive, life-saving 650-bed University of Ghana Medical Centre project.

Everything cannot be politics as usual in our beloved country.

We recall the initial attempt to appropriate the John Mahama vision that gave birth to this flagship project at the airport as an NPP idea, and it will not be the last time the NPP due to some inexplicable and morbid fear to acknowledge the actual source of a project, attempt to plagiarise a John Mahama project and pass them off as their own.

Now that the propaganda has obviously failed the NPP Government, without any independent expert’s technical assessment, is alleging that the project was overpriced.

THE FACTS
1. Airports and specialized facilities are not comparable across board like simple commodities (oranges and bananas). The cost of such projects depends on many variables such as scope, materials, size and the standard that one needs.

2. The Terminal 3 project followed ALL the international tender procedures, including value for money justification.

3. The commercial banks and institutional investors such as the African Development Bank (AfDB) undertook exhaustive due diligence before committing to fund the project. These organisations will never assess a project, find them to be overpriced and still go ahead to fund the project. Never!

4. The support and endorsement of financing institutions such as AfDB, AFC, DBSA, Stanchart and Qatar National Bank who agreed to fund the project should indicate to all concerned folks that it is a good project.

My point is that it is a non-starter to attempt to compare project costs without reference to the scopes and bills of quantities, and all the relevant contracts and conditions.

So instead of folding your arms and being a “political quantity surveyor” why not stop the talk-shop and actually do something to improve the lives of the struggling masses of Ghanaian?