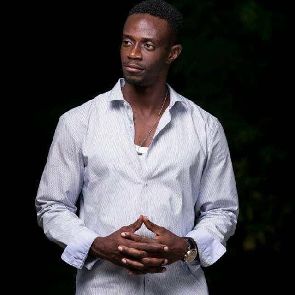 The burial and final funeral rites of the late Benjamin Adu Boahene, alias Paa Kwadwo, the 33-year-old trainee pastor at the Trinity Theological Seminary, who was killed by a drunk driver who hit him with his vehicle against the wall of a house at Madina Estate in Accra will take place on Friday, July 27.

The burial service will be held at the Trinity United Church, Legon at 8:00a.m. to be followed by burial at the Bawaleshie Cemetery, Legon.

[contextly_sidebar id=”8Ho9IsIat09uqPYbQupAfravoBTfyZ2c”]The family will then gather at the premises of the Trinity United Church for the final funeral rites.

The memorial and thanksgiving service will be on Sunday, July 29, at 8:30am at the Trinity United Church to be followed by family gathering at the family residence at the Madina Estates.

The late Adu Boahene, aged 33 years, had just completed the Trinity Theological Seminary. He was the husband of Fafa Yawa Adu-Boahene.

Paa Kwadwo married in December last year, and his wife is expecting their first child. He was a member of the Trinity United Church and was fondly loved by many. He was an alumnus of the Kwame Nkrumah University of Science and Technology (KNUST).

According to the deceased’s prayer partners, they had just left a prayer meeting on Sunday night July 8, 2018.

Paa Kwadwo parked his car and strolled to buy some items [fruits and a bulb] around the taxi rank close to the District Magistrate court at Madina Estate.

Eyewitnesses said the driver, reversing knocked him off the road and threw him over a small open gutter. His head hit the wall of a house in the process.

More than 1,200 people have died in road crashes in Ghana between January and June 2018. The fatal accidents involved over 11,000 vehicles.

While the Eastern Region came tops with 224 deaths, the Upper West Region had the least number of deaths, 36.