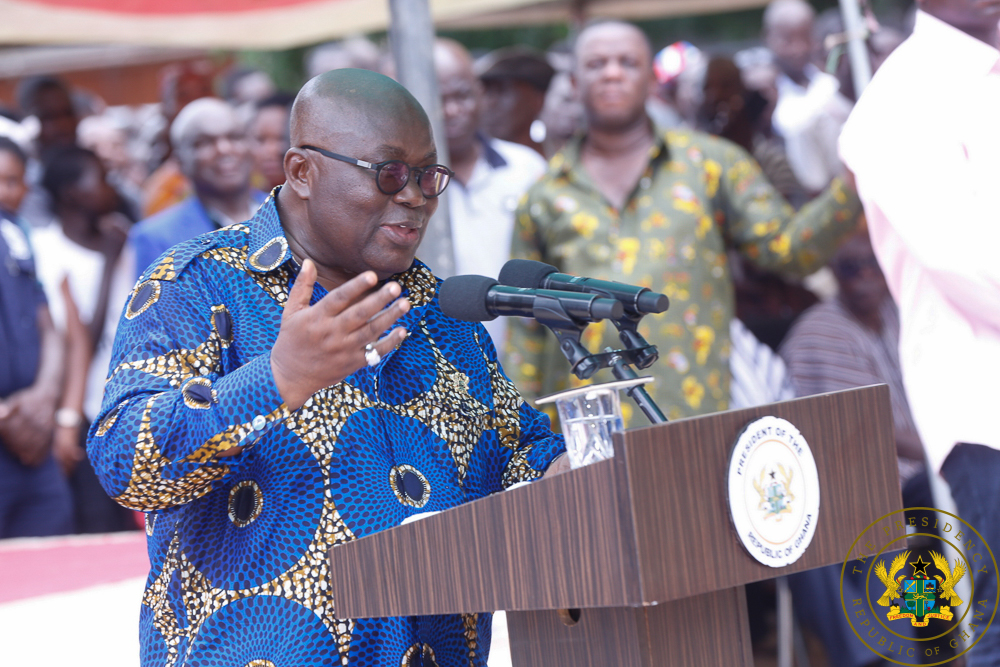 According to President Akufo-Addo, the construction of this critical infrastructure, especially in the three regions of the north, is for the enhancement of agriculture and creating the conditions for all-year-round farming. 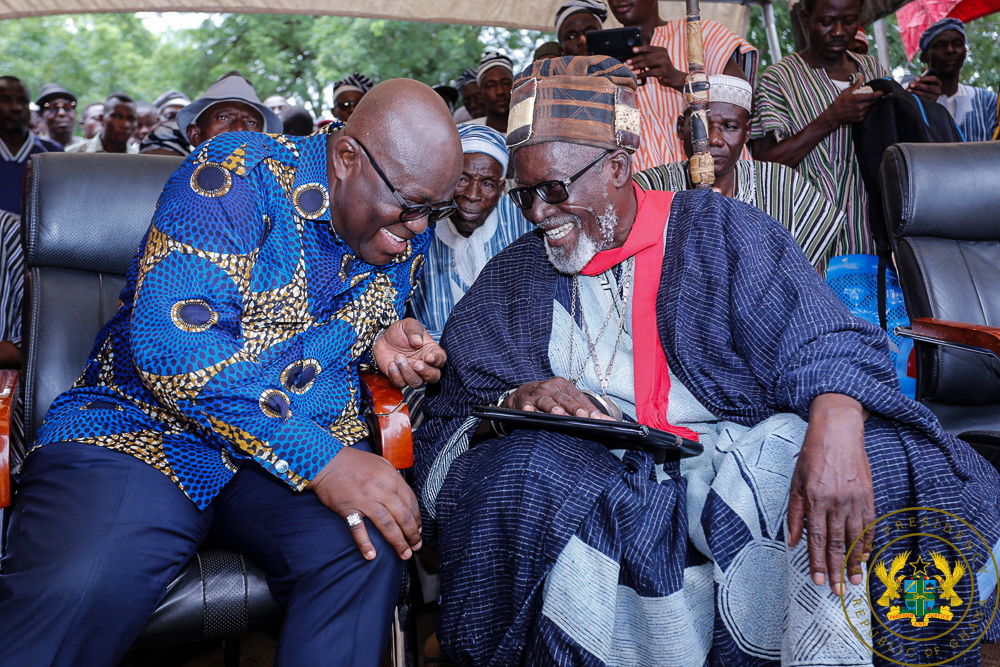 “It is long overdue, and that is why we have committed ourselves to the programme of 1-village-1-dam so that every part of the northern region of our country will have access to water and irrigation to be able to support farming all year round,” the President said.

“This year, we are constructing 570 dams in the three northern regions, of which the Builsa area is getting 20 – ten for Builsa North, ten for Builsa South. There are two in Sandema, two in Yaga, two in Chuchuliga, two in Sanyasi, and two in Kandema.” 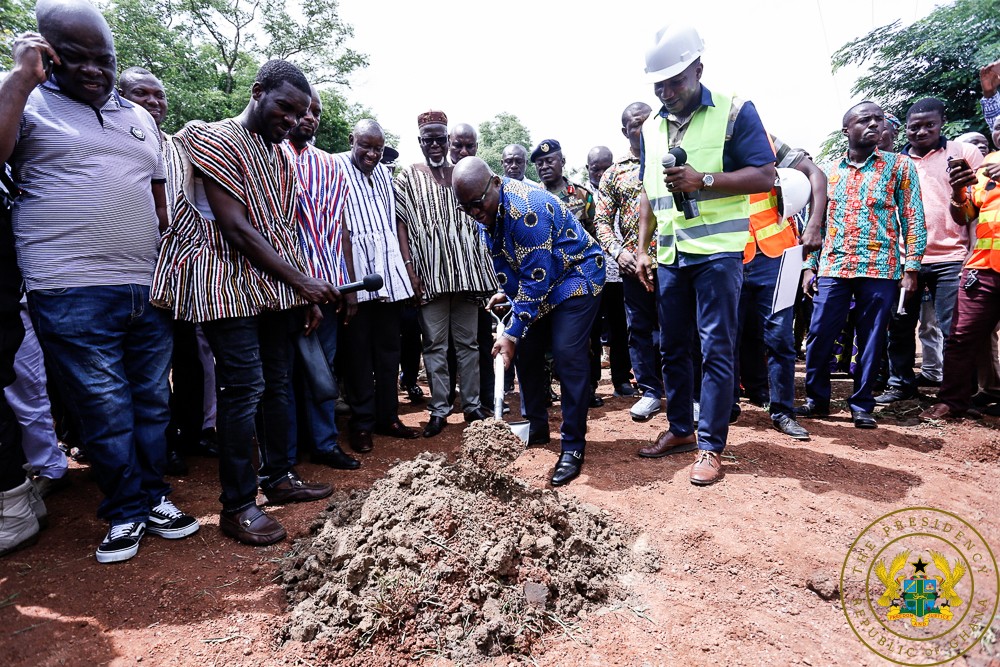 President Akufo-Addo made this known on Friday, 20th July 2018, in Sandema, in the Builsa North district, when he interacted with the Chiefs and people of the district, at the end of his 2-day tour of the Upper East Region.

The President told the Sandema Naba, Azaksuk Azantilow, which Government is also establishing 50 warehouses across the country to provide for storage for the output of farmers. 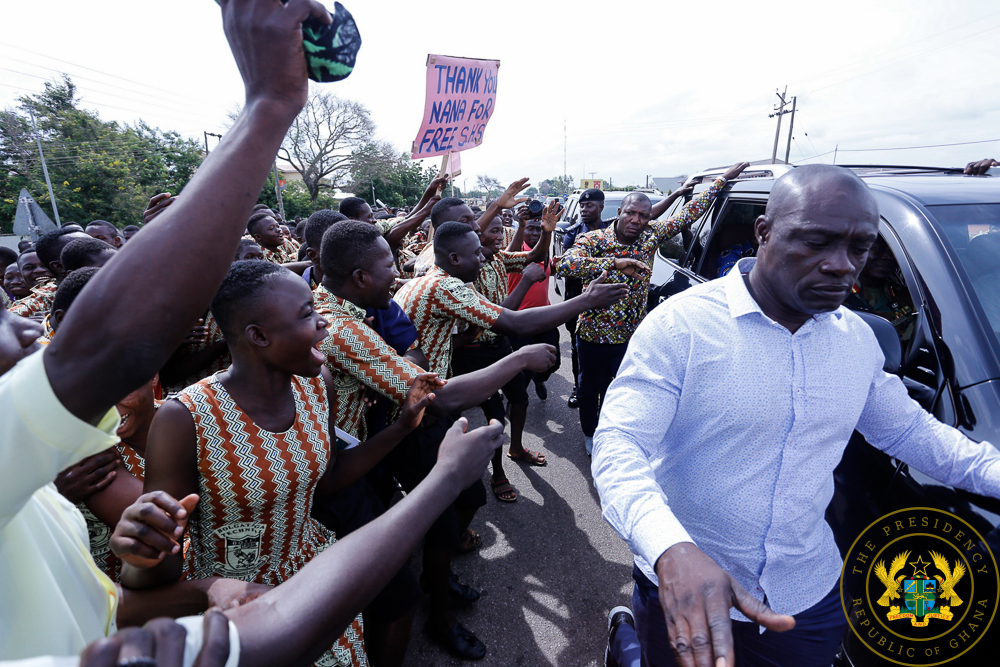 He lamented the fact that, for far too long in the country’s history, farm produce rots because of the unavailability of storage facilities.

“At the end of this year, when the 50 warehouses are in place, that is also going to be a thing of the past. Five of these warehouses are going to be constructed in the Upper East Region, of which Sandema will have one,” he added.

In response to a request for tractors by Naba Azaksuk Azantilow, to boost mechanized agriculture in the Builsa North District, President Akufo-Addo revealed that Government had received a $150 million facility from the EXIM Bank of India for the creation of agricultural mechanization centers, across the length and breadth of our country. 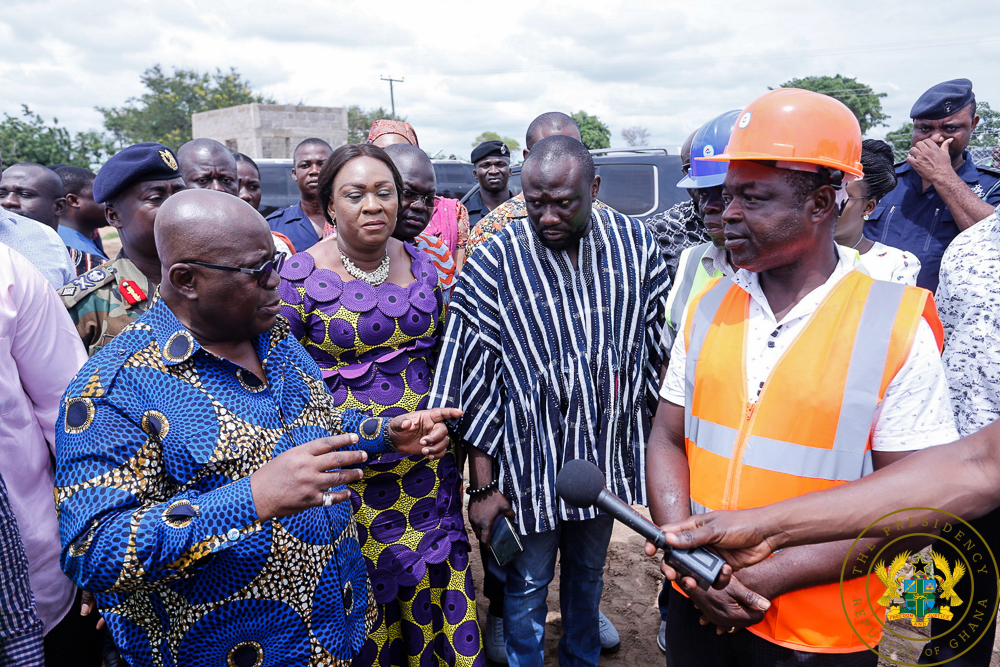 “Parliament is debating that as we talk now, and I am hoping that, by the time Parliament rises on the 27th of July, the loan would have been ratified, and we can get on with establishing these agricultural mechanization centers which will provide agricultural services for our farmers,” he said.

On the Free Senior High School Policy, the President noted in 2017, 90,000 more young men and women had access to senior high school education than in 2016.

“This year, the number will double to 180,000 more young men and women in our secondary schools. And, in doing so, we are also extending rapidly our teacher population. We are employing 8,000 more teachers this year to take care of this additional number of students,” he added.

On the absorption of the Chuchuliga High School, President Akufo-Addo assured the Sandema Naba that “I will pass on the message to the Minister for Education when I get back to Accra. Naba, you know the relations between you and me are such that I am your advocate in Accra. I will be your barrister in the government in Accra.”

Touching on the request for the elevation of Builsa North from its current status of a district to a municipality, the President, in the presence of the Minister of Local Government and Rural Development, Hajia Alima Mahama, told Naba Azantilow that “she will be able to respond to your demand in due course. I am sure, when she gets back to Accra, she will make whatever calculations she is making about the elevation, (and) Sandema must be part of it.”

Earlier in the day, President Akufo-Addo inspected ongoing works at the site of the construction of a 1,000-tonne warehouse.

He also visited the site of building works on the Navrongo-Chuchuliga-Sandema road.

The president cut the sod for the construction of a new district police headquarters in Sandema.

Police begin probe into assault of woman by officer