70% of Ghanaians are Christians, National Cathedral in order – Bishop Titi-Offei 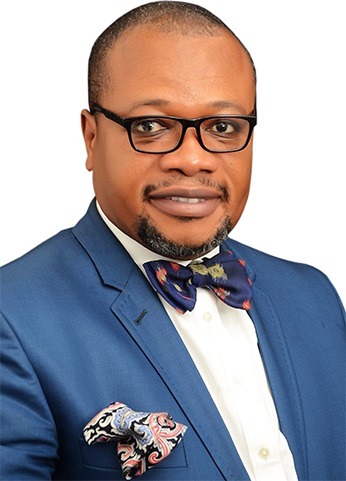 General Secretary of the National Association of Charismatic and Christian Churches (NACCC), Bishop Gideon Yoofi Titi Offei, believes that there is nothing wrong with building a national Cathedral for a country which is dominated by Christians.

“Having a national cathedral for 70 percent of the population, I think it is in the right direction”, he stated.

Government is bent on constructing a national Cathedral to serve as a national non-denominational Christian worship centre for Ghana.

[contextly_sidebar id=”mUWAZbqKCNx6hjxQr3VznTOyhPcAy6jc”] The building of the Cathedral has caused an uproar in the country with some citizens accusing government of having misplaced priorities as well as wasting the taxpayer’s money.

In the long term, the government will put up new structures for judges at Cantonments whose residence may be affected by the project.

But speaking on Eyewitness News on Wednesday, Bishop Titi-Offei indicated that Ghana has been able to make significant strides due to the role of the Christian community, hence government’s plan to construct a national cathedral is not out of place.

He recounted the number of developmental projects the Christian groups have undertaken in the education and health sectors over the years.

“It is important for us to note that, the Christian community in this country has played a very major role historically towards the development of the country.”

“The Christian community are partners of all government to ensure development. 70 percent of Ghanaians are Christians; we built hospitals, schools, universities just to contribute to national development”, the reverend minister mentioned.

‘Build national shrine for traditionalists, mosque for Muslims too’ – Suhuyini

National Democratic Congress [NDC] Member of Parliament for Tamale North, Alhassan Suhuyini, wants the Akufo-Addo government to facilitate the construction of a national center of worship for other religious groups in the country.

“They do not have to wait for another faith to ask. Just like how they have taken this decision to dash a national cathedral to the Christian community, we expect them to do that. It should not be about another faith asking.”

Government and the clergy could not take a decisive resolution on how to proceed with the controversial National Cathedral project although the issue was raised at a breakfast meeting at the Jubilee House.

According to the clergy, the Board of Trustees of the National Cathedral project were yet to meet and come to a consensus on the matter, hence they could not make conclusions at the breakfast meeting.

Victor Osei, Vice Chairman of the Association of Charismatic and Christian Churches, said the Board of Trustees will hold a meeting next week to agree on the way forward.

“Sometimes it is better to let the fire come down before you come out and make certain statements. In the midst of flames, people say a lot of things. If you go to Nigeria, there is a National Cathedral, there is a National Muslim Cathedral. In a lot of countries, these things are there, so I don’t think [in] Ghana [it] is anything strange if people decide to come together to aid government set up a national cathedral,” he said.

Cost of National Cathedral unknown for now – Board of Trustees

Cost of National Cathedral unknown for now - Board of Trustees